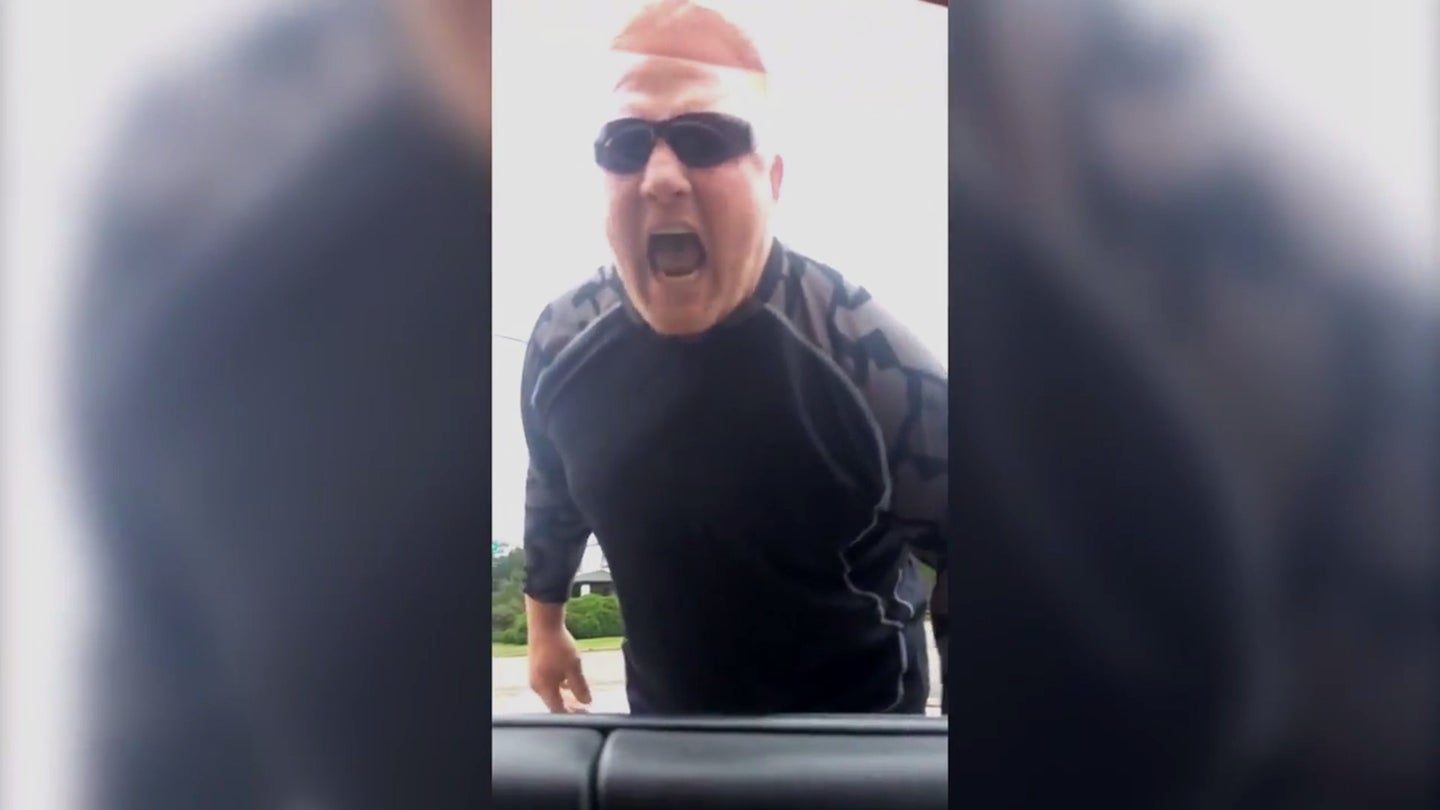 A New Jersey man has been charged with harassment after chasing another driver following a near miss at a tricky merge, ramming her car, and screaming at her through her window in a frightening road rage confrontation that was caught on camera, according to NJ.com.

Local police say Tori Barden was sitting a stop sign at a weird Y-shaped intersection in Howell, New Jersey last week—check the Street View angle below for a better idea—waiting for traffic when 53-year-old Sean O'Conner pulled up behind her in his red MK4 VW Jetta. He apparently got tired of waiting and attempted to go around her on the right just as she saw an opening and pulled forward herself, and the pair narrowly avoided a collision.

That allegedly set O'Conner off, and he began following Barden while yelling threats and attempting to pass her again. They came to a red light after about a mile, at which point O'Conner started pushing Barden's car from behind. She pulled over, took out her phone, and that's where the video begins.

O'Conner is clearly unhinged here, yelling about how the stop sign is really a yield (it isn't) and referring to a Marines-related disability that prevents him from being able to turn his head to the right. He accuses Barden of cutting him off, peppering the tirade with quite a few f-bombs for good measure and aggressively leaning into the open window.

It seems like he's trying to say that he pulled forward next to her, turned his upper body to look to the right to check for cars, then started to go because he couldn't see her accelerating to his left. Even if that's true, it doesn't excuse a.) trying to jump the line at a one-lane stop sign, b.) blaming your dangerous move on your disability, c.) chasing and ramming another car, and of course, d.) screaming like a lunatic.

"The conduct of the driver caused us to take the proactive steps so that it doesn't escalate into an actual assault next time," Howell Police Chief Andrew Kudrick told NJ.com.