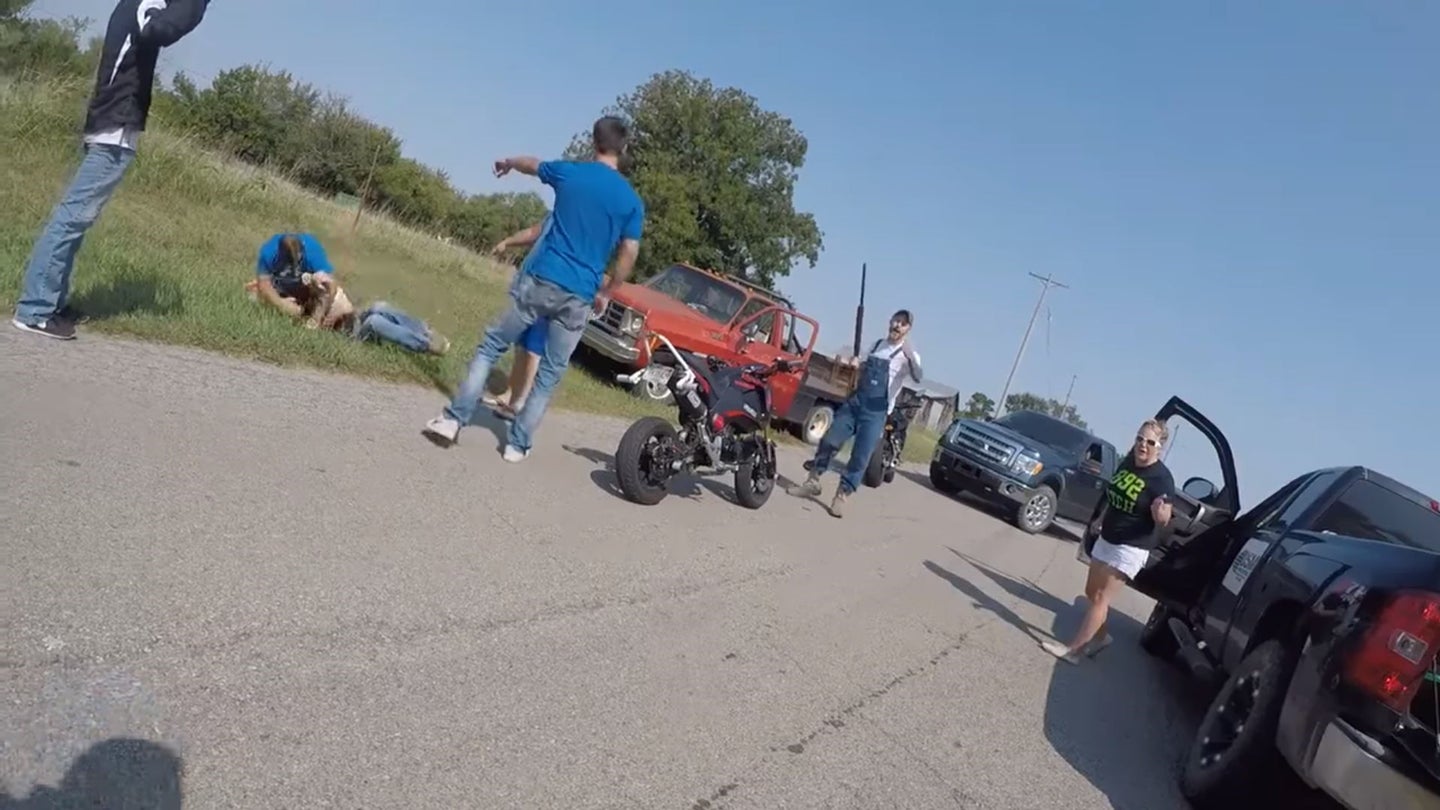 A road rage incident between a Chevy Silverado driver and a group of motorcyclists almost got fatal.

We can’t say for sure where this happened, but the Silverado in this video appears to have an Oklahoma license plate, so the Sooner State is our best guess.

According to the title of the video below, the motorcyclists were cut off by the Chevy pickup. The video starts later, with a helmeted rider going right up to the driver’s side of the truck with his visor open, exchanging what appears to be some heated conversation about what just took place. All vehicles come to a stop, and the Silverado driver gets out and starts beating up the mouthy biker.

A Ford F-150 shows up, a large man gets out and starts pointing his fingers and yelling. The rider’s companions ask the Silverado driver to stop, but he continues. Then, seemingly from out of nowhere, a man in overalls gets out of a Chevy flatbed truck, armed with a shotgun.

The F-150 driver tries to take the shotgun from the Chevy truck driver. He failed.