Watch These 2 Mercedes SUVs Repeatedly Hit Each Other

This poor AMG G-Wagen gets demolished. 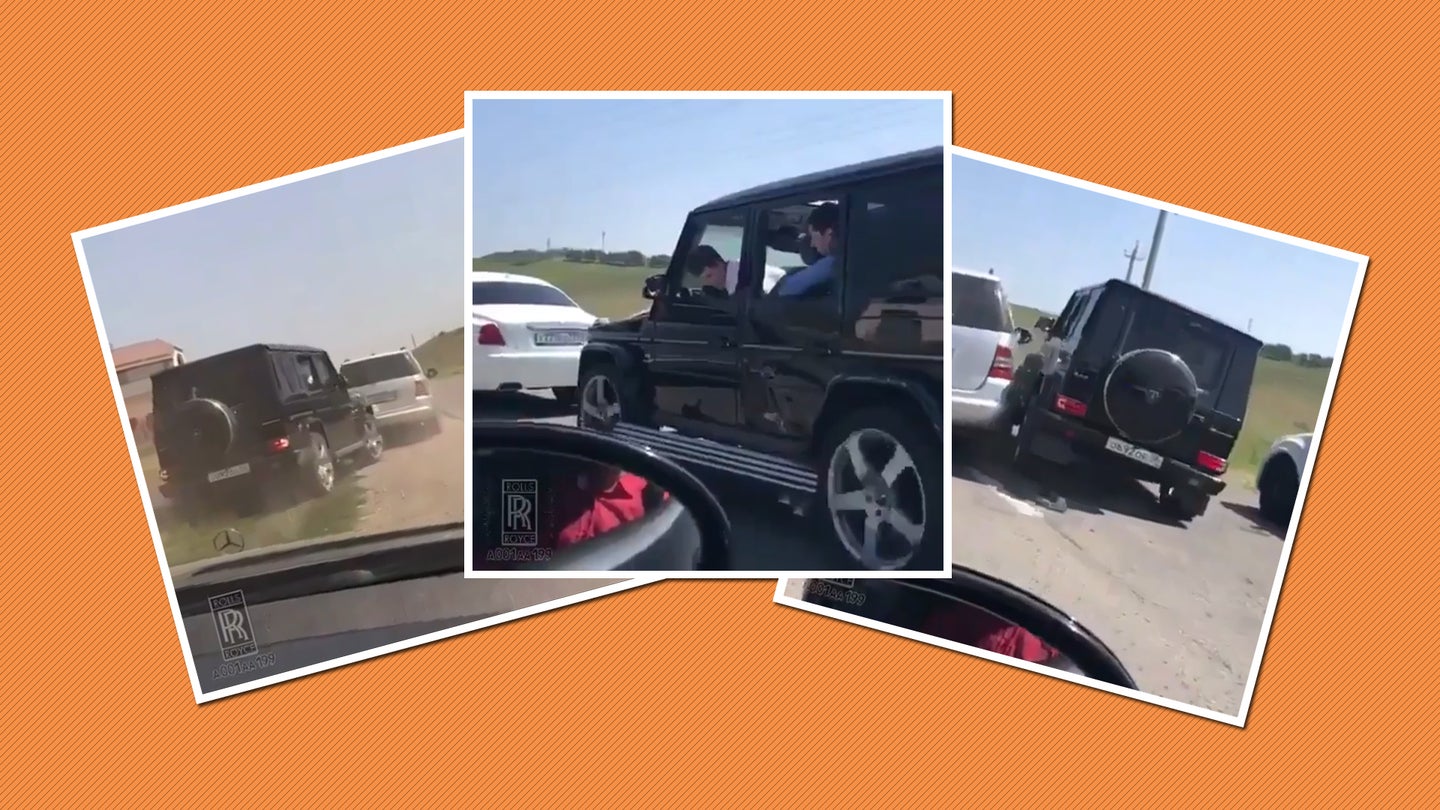 Oh Russia, you never fail to disappoint with entertainment in the form of car videos. Today we get to witness the destruction of an SUV that everyone always assumes is much older than it actually is, the Mercedes G Wagon. Its perpetrator? Another Mercedes SUV, albeit not as expensive, the GL 450. A sad sight, and rather confusing because the minute long video doesn't show much other than one goal on the side of both parties - claim the lane.

Now, this isn't just any regular old G Wagon either, it's a G63 AMG - a 5.5 liter twin-turbo luxury SUV that pumps out 563 horsepower (which is enough to take it on a racetrack) with a great exhaust note. It's also not cheap in the least bit. A prospective buyer is looking to drop between $141,400 for the base model, and $168,825 for a fully loaded model with all the bells and whistles Mercedes can fit into the behemoth.

It appears that this all starts when the driver of the silver Mercedes GL 450 attempts to merge and the G wagon doesn't let him over. He must really want to be in that lane, because the driver of the silver SUV then swerves around and sideswipes the AMG. After checking out the damage to his car, the G63 allows a safe distance from the Bentley Continental ahead of him and repays the GL 450 with a swift attempt at a pit maneuver. It fails when the AMG is almost pushed off of the road and retaliates with a push into the path of the camera car, who was cautious enough to not get hit. One final blow brings the dueling pair to a stop right before the camera stops rolling, showing the G63 with some very hefty damage.

So why are they doing this? One might suspect road rage - but it actually might be something quite different. The G Wagon's plate indicates that it's registered in Ingushetia, while the other is registered about 55 miles North-East in Ossetia–Alania. There's another expensive car, a Bentley Continental, also plated for Moscow (which is about 1,000 miles north of where these two are registered) in front of the G Wagon. But just 100 miles east is Chechnya, a place where a popular tradition exists after a wedding. Drivers battle to get the "spot of honor" behind the newlywed couple, smashing and crashing their cars in the process. Given that the Bentley seems to stay in front of the two nearly the entire time, and the proximity of the plates, it might be safe to assume that's exactly that's going on here.

So what say you - crazy road rage, or celebratory wedding experience?