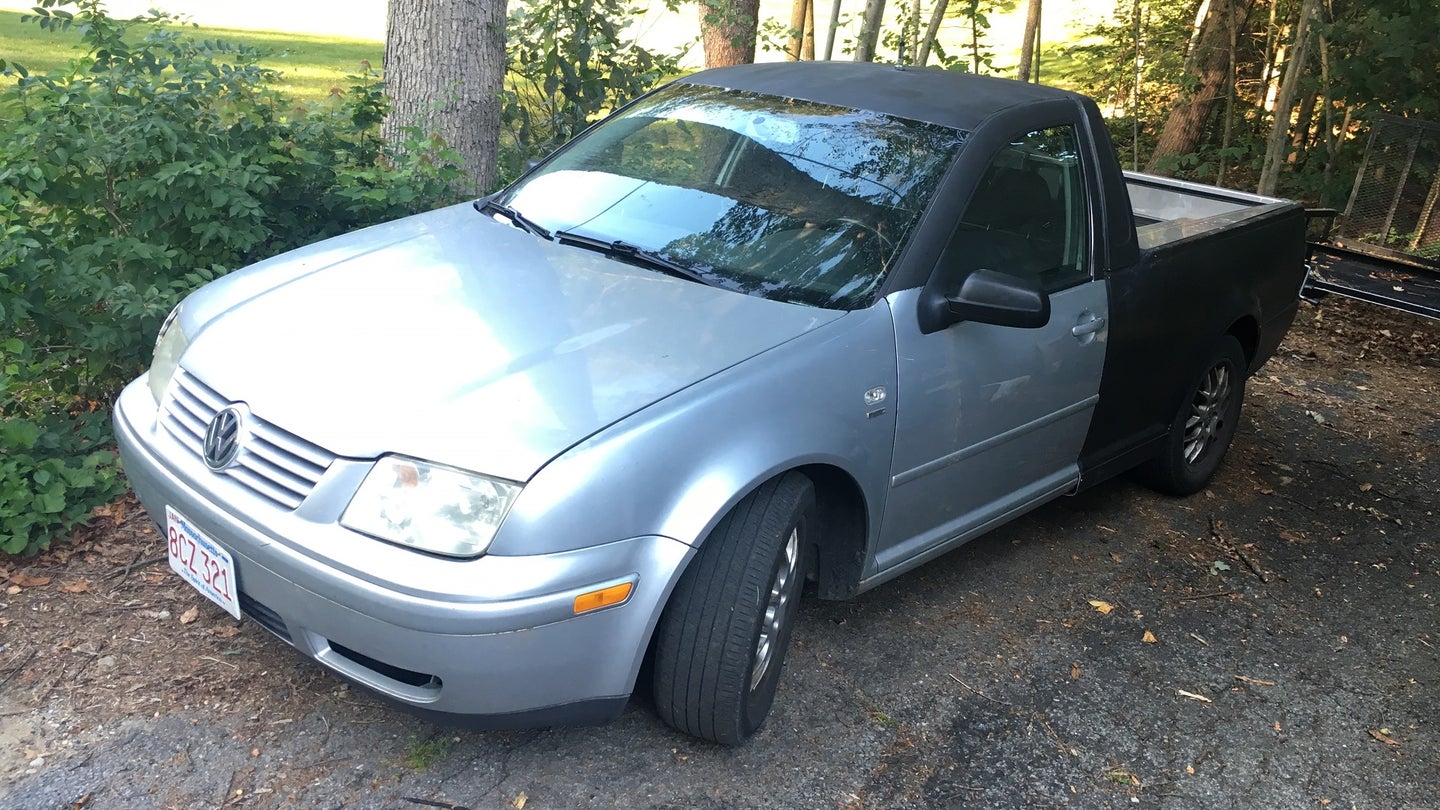 After a big push in July to install our Smyth Performance Ute Kit on our 2003 Volkswagen Jetta, I took most of August off to kick back and enjoy it—with only one brief brush with the law. I've hauled a number of small loads and even towed my local Society for Creative Anachronism group's equipment trailer to an event with it. The lower temperatures of September are not only more comfortable for working on the car, they are also a reminder that winter is coming, and that I should get my lazy butt back to work before it's too cold in Massachusetts to make any more progress for a while.

I picked up where I left off, on the seam between the original roof and the fiberglass rear surround for the passenger compartment. A few more rounds of Bondo and sanding resulted in a fairly smooth transition. I had to spray primer on the roof to protect the metal I'd sanded down. One thing led to another, and I ended up with this unique two-tone color scheme. It's temporary since I still intend to Plastidip the whole car, but it looks decent enough for now, and not like the half-finished job it actually is.

What's next? I may not have done much work during August, but I did a bit of planning.

This list isn't necessarily in order. In fact, some steps may happen simultaneously. For example, I have to remove the front bumper to replace both the headlights and the fender, so I might as well do both at the same time. And the stereo may happen sooner rather than later because I'm going nuts without my tunes.

With any luck, I'll be able to get most, if not all, of this done before winter. Plus I still have a set of 15-inch alloy wheels to refinish and put tires on. The Jetta's transformation isn't complete yet.

With the bed structure complete, we temporarily installed body panels and tried it on the road for the first time.