Here’s Your First Peek at the 1,750-HP SSC Tuatara Testing on Public Roads

SSC is confident that this car will be able to eclipse 300 miles per hour, besting the current production car speed record of 277.9 mph. 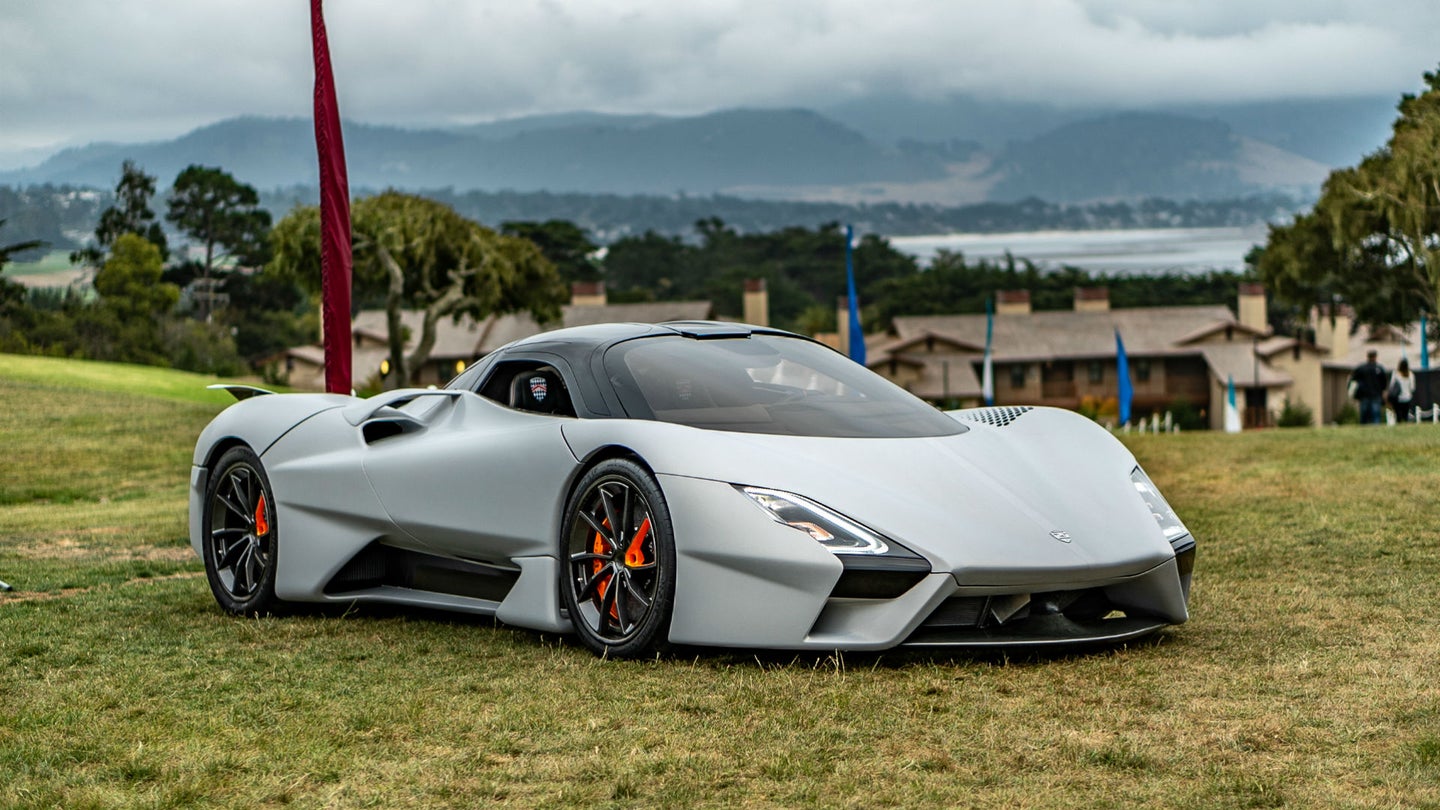 While we've seen the upcoming SSC Tuatara's monstrous V8 being bench tested on its own, we now catch a glimpse of the future hypercar running on the streets with teaser views of the machine's wild bodywork and intimidating stance. Paired with the homebuilt powerplant's sinister growl, this is enough to color us intrigued while we wait for the potential Bugatti Chiron-fighter to finally hit production.

Though the video only lasts 10 seconds, it reveals some unseen testing footage of the American exotic from inside the cockpit of an SSC Ultimate Aero XT, the company's first car to hit 250 miles per hour. Additionally, the clip shows the incredible acceleration capabilities of the Tuatara.

According to Motor Authority, pictures were sent to them of the car on a road near West Richland, Washington, which is where the SSC North America headquarters are located, so it’s a safe bet this video was taken the same day since this car isn’t likely to slink around unnoticed.

A slew of details have been revealed about the Tuatara, like the 5.9-liter V8 engine with twin turbos that’s said to make as much as 1,750-horsepower when fed by E85, backed by a seven-speed computerized manual. This lofty amount of power gives it a performance target of 0 to 60 mph in 2.5 seconds with the ability to cover a quarter-mile in 9.75 seconds.

The vision for this car began back in 2011, and it’s now well into the trial phases needed to ready it for an attempt at the production car speed record, currently held by the Koenigsegg Agera RS. SSC's Ultimate Aero was also once a champ, before a Bugatti Veyron Super Sport stole the record, so they're coming back with more this time.

With the configuration, SSC is confident that the car will reach 300 mph, surpassing the current record of 277.9 mph.