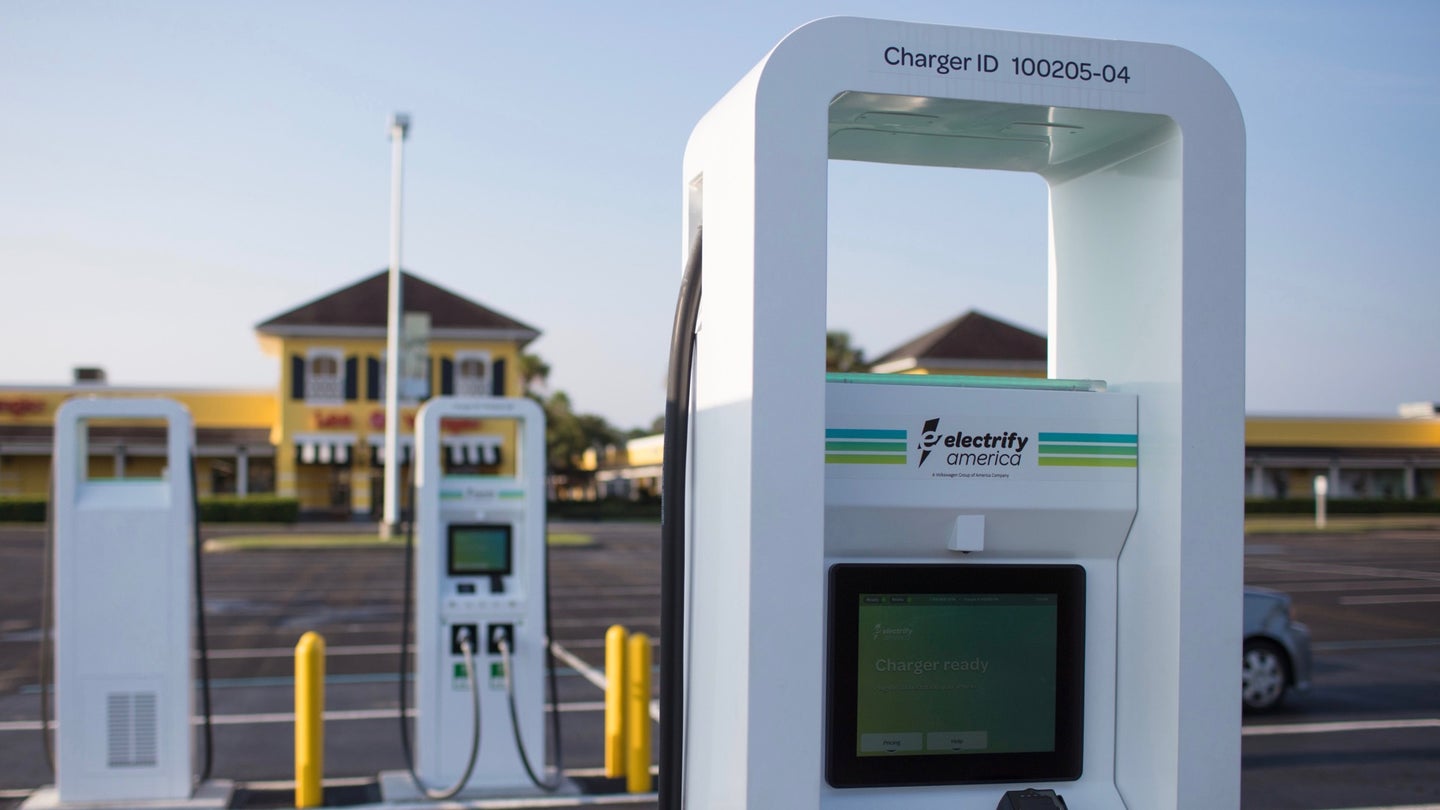 Electrify America, the organization created to spend $2 billion of Volkswagen diesel-cheating penalties on zero-emission vehicle infrastructure, has reactivated its most powerful charging stations. The stations were temporarily shut down over what Electrify America called a "potential safety issue" involving their liquid-cooled charging cables.

The stations were reopened after "extensive testing" of the cables by supplier Huber+Suhner, according to an Electrify America press release. Huber+Suhner had recommended that all customers stop using charging stations with these cables after a short circuit occurred in a similar cable at a test site in Germany.

The affected stations were among the most powerful of their kind available to the public, able to charge at a rate of 150 kilowatts to 350 kW. That power allows for quick charges even for cars with the largest battery packs. However, not every electric car currently on sale can charge at that rate, meaning relatively few drivers were affected. All stations also remained open in some capacity, using different plugs, Electrify America noted.

Electrify America was created to spend money paid by Volkswagen as part of its diesel-emissions cheating settlement and plans to install 2,800 charging stations nationwide by June. While the money being spent is VW's, Electrify America stations are open to electric cars from all automakers.

The Plug and Charge system will eliminate the need for charging cards or smartphone apps to pay for charging your car on the go.