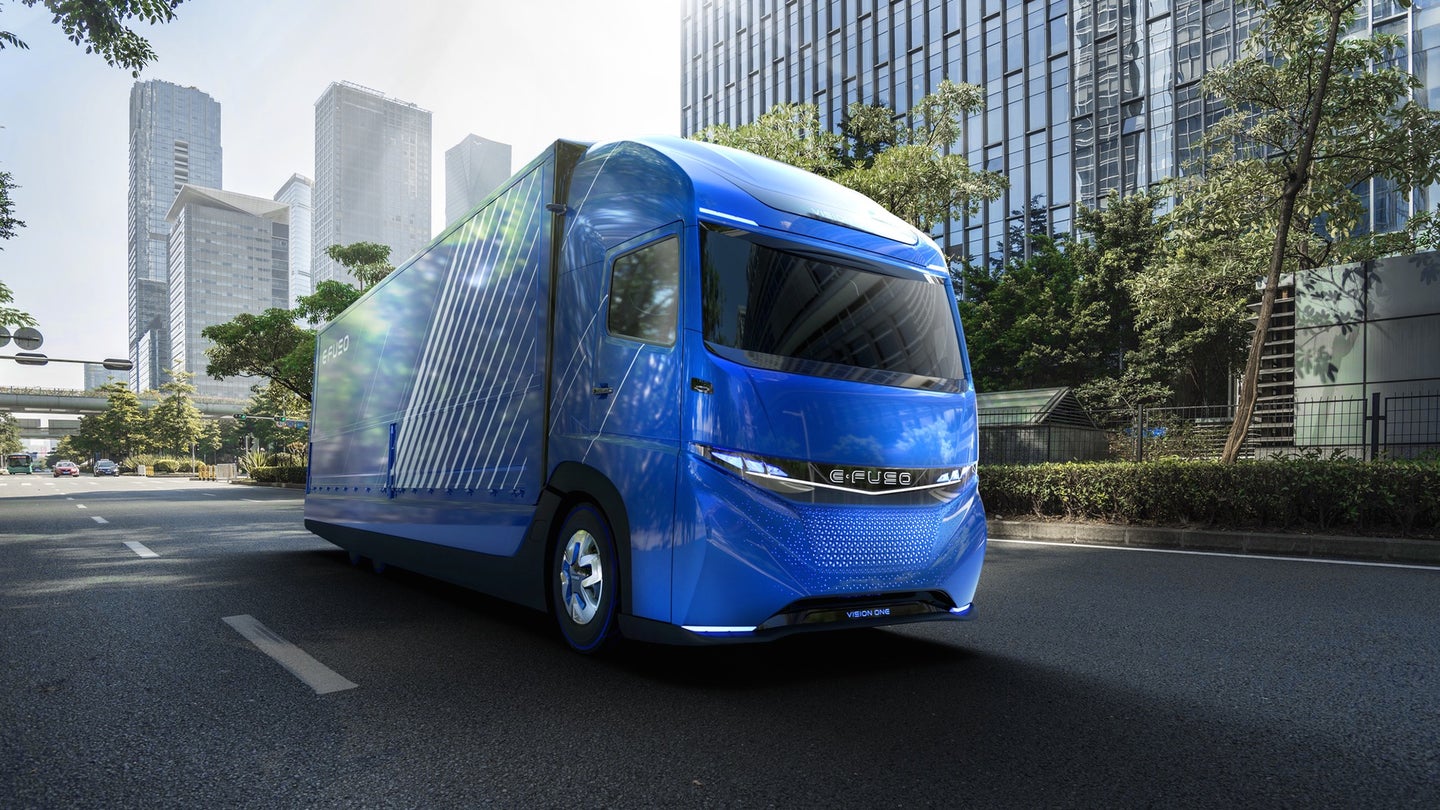 While Tesla and others are preparing electric semi-trucks, Daimler is making steady progress in electrifying the other end of the commercial vehicle market. Last month, the German company launched the Fuso eCanter electric box truck, and now it's come up with a larger model designed for longer-haul use.

The E-Fuso Vision One is an electric heavy-duty commercial truck that Daimler says could be production-feasible within four years. It heralds a new "E-Fuso" sub-brand that will eventually encompass multiple electric models. Think of it as the commercial-vehicle equivalent of Daimler's new "EQ" electric car sub-brand.

While the Fuso eCanter was designed for local delivery work, the E-Fuso Vision One was built to carry larger payloads longer distances. Its 300 kilowatt-hour battery pack provides 217 miles of range, compared to 62-74 miles for the eCanter. The E-Fuso Vision One also has a payload of 11 tons. That's two tons less than a comparable diesel truck, Daimler admits, but it's not bad considering that the heavy battery pack probably increases weight significantly over a diesel truck.

Daimler may be taking a more conservative approach than some of its rivals, but it's well-equipped to build electric commercial trucks. The German firm has the advantage of an in-house battery division, Deutsche Accumotive, that can supply lithium-ion battery cells for electric cars and trucks. Like Tesla, Daimler may also sell stationary battery packs for energy storage.

The E-Fuso Vision One won't go into production for at least a few years, but in the meantime, Daimler is continuing the rollout of the smaller Fuso eCanter truck. The first U.S. customers include UPS, Habitat for Humanity, the Wildlife Conservation Society, and the New York Botanical Garden. 7-Eleven is also deploying the trucks in Japan.