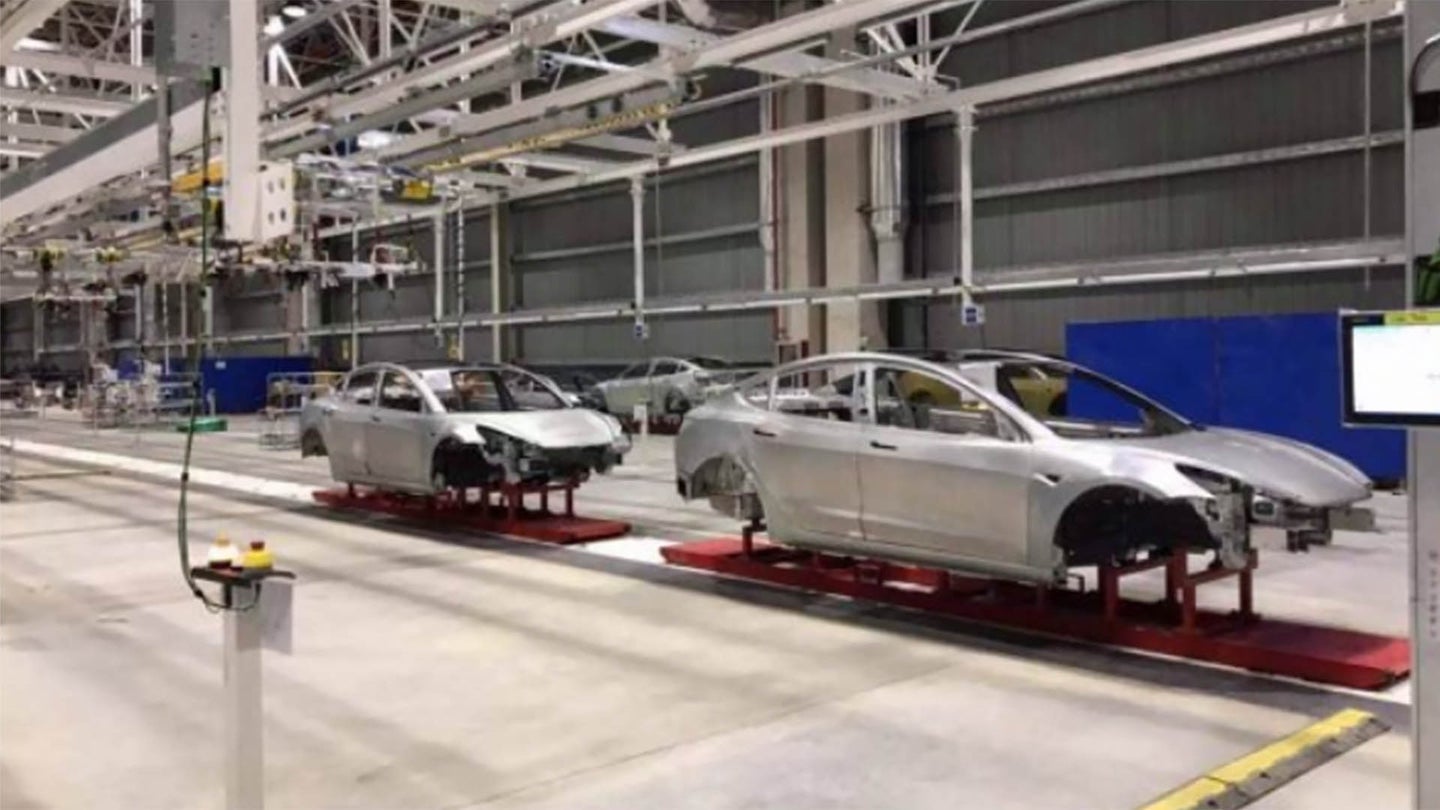 A Tesla factory is going up in the somewhat swampy outskirts of Shanghai, in a part of the Lingang district that has been reclaimed from the East China Sea. That factory must be the most-monitored construction site of modern times. Near-daily drone overflights, and breathless tweets leave the impression that “GF3” (no, that’s not girlfriend 3) is about to spit out new Tesla cars at China-sized numbers.

This impression is essential to keep Tesla’s “hypergrowth” story alive, after all, by now it has dawned even on the most dimwitted Tesla fan that the company’s growth is stunted on account of the more than maxed-out production capacity of the hometown plant in Fremont, CA. Elon Musk’s original plans to turn the cramped confines of Fremont into a million-unit plant by maximizing “density and velocity” have failed ferociously. The only thing that was dense was the plan.

So finally, Elon Musk listened to the advice of everybody in the industry, including yours truly, and decided to build a new factory in China, as opposed to squeezing more capacity out of the lemon at home. Suddenly, building the China factory could not go fast enough. Ground was broken early in the year, and where more experienced carmakers take their time and build their new factories over 4 or 5 years, Mr. Musk decided to build his China factory in a great hurry.

News outlets sympathetic to Tesla’s cause appear to be in an even greater hurry. Last month, Electrek mused that the first Made-in-China Tesla could have been unveiled at last month’s AI conference in Shanghai. Once more, it didn’t happen.

So, when will Tesla’s Shanghai plant really start making cars in meaningful numbers?

Junheng Li, the JL in the Manhattan equity research firm JL Warren Capital, was raised in Shanghai, and toughened on Wall Street. Her firm supplies actionable and market-moving intelligence to clients who pay the big bucks the information is worth.  JL Warren updated its paying clients on the progress of Tesla’s Shanghai plant, and Ms. Li was kind enough to share a copy of the research note.

According to interviews with people involved with the Shanghai plant, this is what likely is going to happen:

Workers interviewed by JL Warren researchers say that production lines are still waiting for parts to arrive, and will likely need another two months until completion.

Elsewhere in the industry, brand-new lines are run for six months or more on a trial-basis to remove any kinks, and to optimize the process. Tesla is likely to ignore this, at its peril. The Chinese customer is known to be far less indulgent to quality problems than the average “love the car, but” American Tesla fan.

Tesla is likely to trot out allegedly Made-in-China Tesla 3 before the year ends. They would be hand-made, and not a sign for Tesla being ready for mass production in China.