Today on Speed Lines: Coronavirus can't keep Tesla down, but is business as usual a good thing? 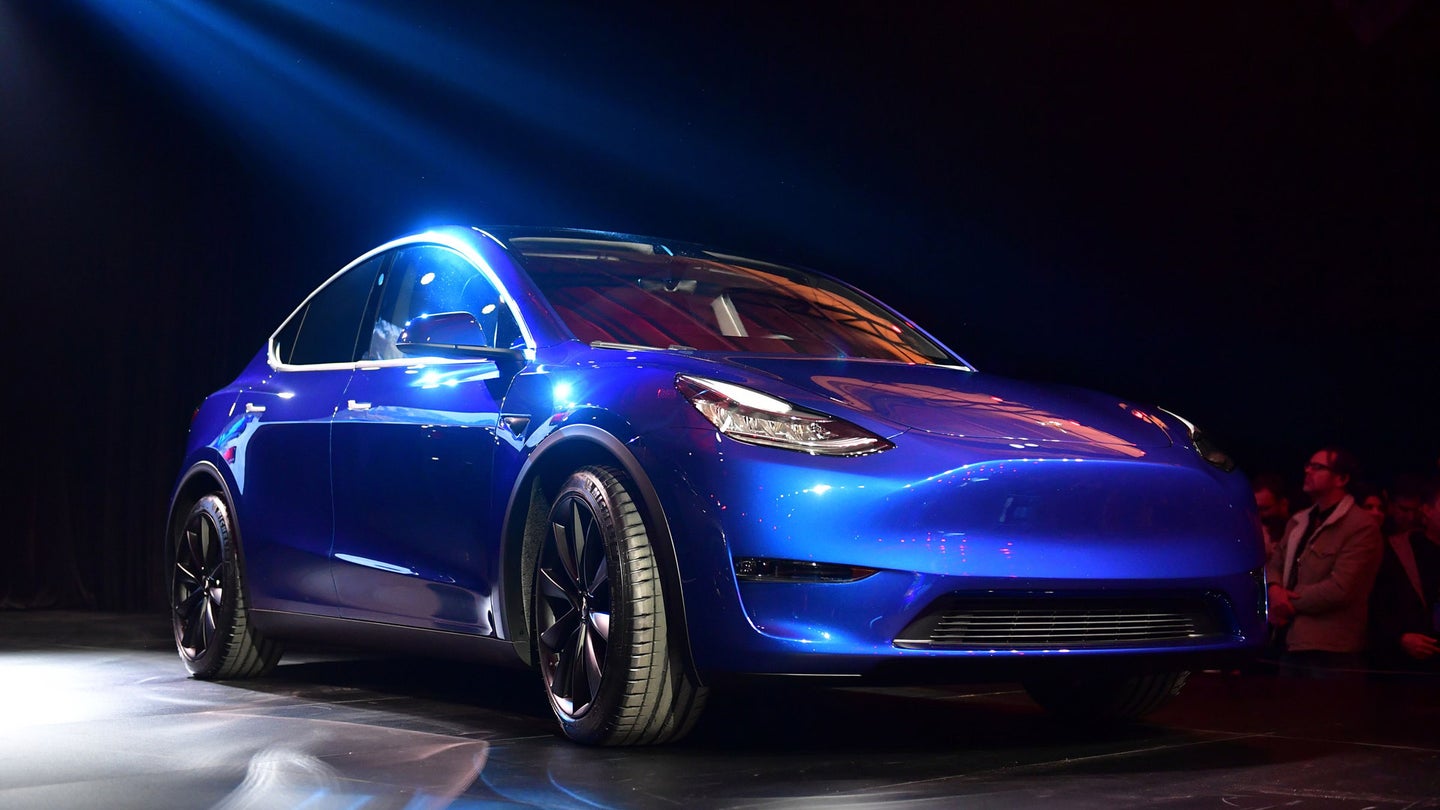 Welcome back to another edition of Speed Lines, The Drive's daily roundup of... pandemic news. Hey, it is what it is. I don't get to make the news, I just tell you what it is. Let's dive in so you can be informed.

Model Y On Track, Despite Everything

Across the globe, auto factories are slowing down and ordering line workers and white-collar employees to take extra safety precautions or stay home entirely. This is not the case at Tesla, which is on the eve of delivering what may be its most important car ever: the Model Y. Being a crossover, it's poised to be an even bigger seller than the Model 3 sedan.

Too bad it's coming out during a pandemic that's tanked new car sales entirely and kept buyers home from dealerships. But Tesla, as everyone knows, doesn't do the dealership thing—it does internet orders and deliveries instead. Despite the coronavirus outbreak, production and deliveries appear to be as on track as they can possibly be right now.

Here's the LA Times on Tesla's Fremont plant, which is situated in probably the most severe lockdown in the U.S. right now (and emphasis mine):

Alameda County has declared Tesla an “essential business” that is allowed to remain in operation, according to a county spokesman.

Operations will continue, Tesla Chief Executive Elon Musk told employees in a Monday night email. “If you feel the slightest bit ill or even uncomfortable, please do not feel obligated to come to work,” he said.

Granted, Tesla is one of the largest employers in Alameda County, and CEO Elon Musk has said no employees have a confirmed case of the virus. Here's Automotive News on the Model Y deliveries:

Separately, Tesla sent a tweet from its official corporate account that said deliveries of its Model Y crossover have begun. Originally, the vehicle was slated for deliveries this fall, but Musk has accelerated that timetable, The Wall Street Journal reported.

It's worth noting that Musk himself has been extremely skeptical of the outbreak, calling the "panic" over the virus "dumb" on Twitter last week. And he has other thoughts this week:

I wouldn't recommend you turn to this guy for public health advice.

Update Thursday, March 19: It has been determined by Alameda County officials that Tesla is not an "essential business" after all. But it will be permitted to stay open and maintain minimal operations. What that means exactly remains to be seen.

Volkswagen, However, Will Shut Down Production In Europe

Yesterday on Speed Lines, we reported that Volkswagen is slowing down production in Europe, which is currently the continent most besieged by the outbreak. Now the world's largest automaker is looking at suspending production entirely there. Here's Reuters:

"Given the present significant deterioration in the sales situation and the heightened uncertainty regarding parts supplies to our plants, production is to be suspended in the near future at factories operated by group brands," VW Group CEO Herbert Diess said on Tuesday.

Production will be halted at VW's Spanish plants, Setubal in Portugal, Bratislava in Slovakia and the Lamborghini and Ducati plants in Italy before the end of this week, Diess said.

Most of the other German and European plants will begin preparing to suspend production, probably for two weeks.

"The individual brands will communicate details of operating plans as soon as possible," Diess said.

VW Group's powerful works council has concluded it's not possible for workers at its plants to maintain a safe distance from one another to prevent contagion and recommended a suspension of production.

You can't overstate what a huge impact this will have globally and operationally for a giant like Volkswagen. Diess warned that 2020 is going to be "a very difficult year" where it'll be almost impossible to make a reliable financial and sales forecast. It especially comes at a bad time for VW, which is spending billions on a wide-scale pivot to electric vehicles.

Traffic and Transit Use Are Down

What happens when the world effectively grinds to a halt? Aside from car sales, this is shaping up to be a disaster for public transit funding, reports the Wall Street Journal:

Rush-hour congestion in some hard-hit cities like Seattle and Boston was down by almost half on some days last week, according to an index of congestion developed by TomTom NV, a transportation data provider. In many cities, congestion levels fell as the week progressed, suggesting that more people were staying home to slow the spread of the infection.

In New York, a drive that normally would take an hour and forty-five minutes would have taken about 20 minutes less on Thursday afternoon. In Los Angeles, commuters on Wednesday could have shaved 15 minutes off a nearly two-hour congested drive.

Ridership on San Francisco’s Bay Area Rapid Transit has been steadily declining for the past two weeks. Friday’s ridership was 50% below normal. Saturday and Sunday both saw a 61% drop. The agency, which hasn’t cut service, has ordered thousands of personal hand straps that users can take home and wash.

I can only speak for myself as a relatively young, healthy person doing the social distancing thing. But I'm not worried about the virus as much as I am about the wide-ranging economic effects to come.

America's restaurants will need a miracle (The Atlantic)

Inside Acura Team Penske: Trailing the iconic team, from perch to paddock, during the Rolex 24 at Daytona (The Athletic)

How are you staying sane in this crisis? How are you trying to support your community?