California law might not let him and Grimes name their kid X Æ A-12, either. 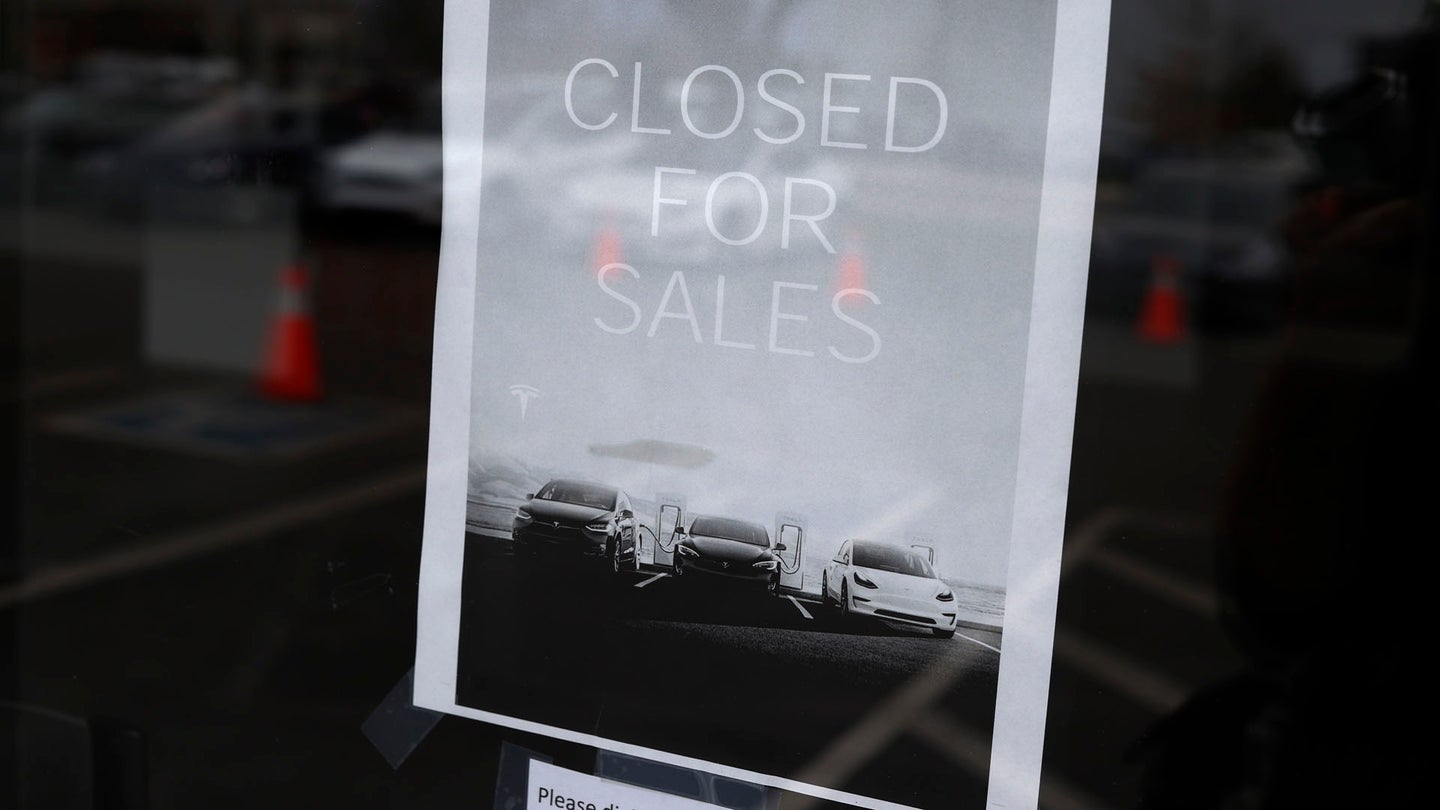 Tesla CEO Elon Musk jumped at California Governor Gavin Newsom's announcement that some factories would be allowed to reopen in the state with strict safety guidelines on Friday, almost immediately announcing that his electric car plant in Fremont would be back in business. Now—and probably predictably—that won't be the case after all.

The Washington Post reports that government officials in Alameda County, where the Tesla factory is located, still have final say over who can reopen and who cannot. And the county isn't yet ready to have the Tesla factory moving again. As we reported on Friday, California is a big place with some areas hit harder by the virus than others, so the governor is deferring to local governments on how and when to reopen things.

“Tesla has been informed that they do not meet those criteria and must not reopen,” Alameda County spokeswoman Neetu Balram said in a statement released to the media. “We welcome Tesla’s proactive work on a reopening plan so that once they fit the criteria to reopen, they can do so in a way that protects their employees and the community at large.”

Naturally, Musk didn't take this lying down. Today he went on one of his famous Twitter tears, threatening a lawsuit against the county "immediately" and promising to relocate his operations to Texas and Nevada:

Whether Musk will make good on any of those threats remains to be seen, of course. Tesla's Fremont factory dates back to 2010, when the nascent electric automaker took it over from General Motors and Toyota, where it was the longtime Corolla-producing New United Motor Manufacturing, Inc. plant.

Musk has been in perhaps a bigger rush to get his factory open than any other American automotive executive. For months he's pushed to keep the plant open against county orders and has been openly doubtful and disdainful of the science and death tolls around the virus. Granted, 2020 is a crucial year for Tesla with the release of the Model Y crossover and expansions overseas, so Musk can't afford to lose momentum.

While Musk says the company has "more experience" in handling coronavirus through its China plant "than an (unelected) interim junior official in Alameda County," throughout this ordeal, he's been seen as more concerned about reopening his factories than the safety of the workers who build his cars in the first place.

This isn't even Musk's only clash with the state this week, either. To add insult to injury, Musk and his partner, the Canadian musician Grimes, may not be legally allowed to name their baby X Æ A-12 as planned. CBS San Francisco reports that under California law, legal names can only use the 26 alphabetical characters of the English language. That's why names like José can't have an accent, either.

It's not clear whether the couple has attempted to file this birth certificate or if the state has stepped in to say no, but it may not bode well for their unique math- and aircraft-inspired baby name.

The guy is just always being thwarted by California law, it seems.