Crude Moves Push up Prices at the Pump

Atypical consumer behavior also a factor as gas costs rise in what is usually a less costly time of the year. 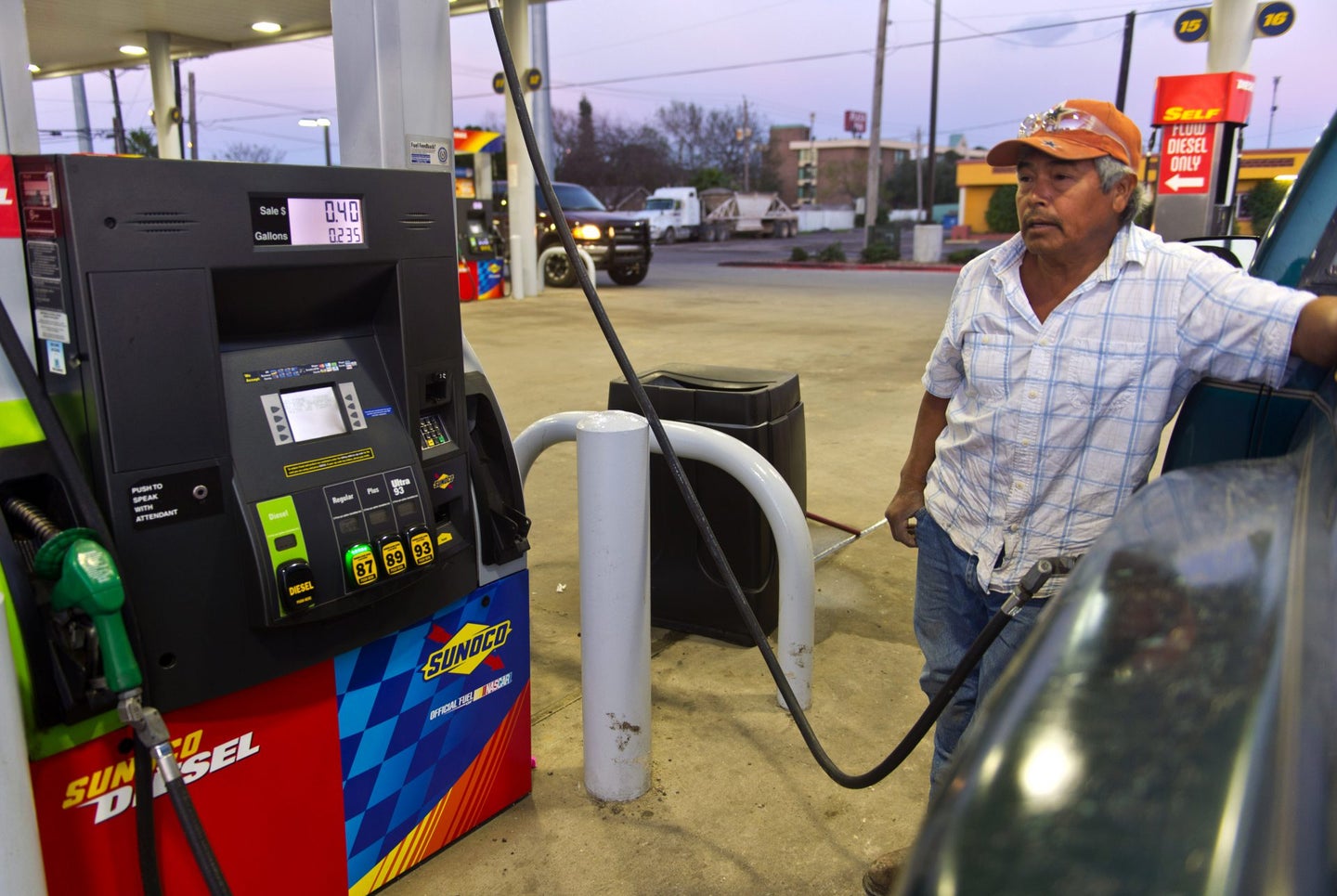 The national gas price is 4 cents higher on average than a week ago, at $2.58 a gallon, reflecting higher crude-oil costs, the AAA said Monday in a weekly tally.

In late December, crude hit its highest year-end price since 2013, a cost now showing up across the country, with pump prices as much as 9 cents higher in 47 states and Washington, D.C.

"Normally in January and February we see some of the cheapest prices of the year," Jeanette Casselano, AAA's director of public relations, told The Drive. Those lower prices typically come with lower demand as motorists drive less during the first two months of the year. "But people are driving, so there's higher demand," Casselano said.

Given the unusual scenario now in play, consumers are likely looking at an expensive summer in terms of filling up, she added.

Nationally, gas prices are 10 cents more expensive than one month ago and 30 cents more than one year ago, the motor club said in a news release.

On the month, Iowans saw the largest jump, with pump prices up 18 cents in the Buckeye State.

Compared to a year ago, motorists in Indiana are paying 52 cents more at the pump, while New Mexico had the smallest increase in the country, with prices up 15 cents from a year earlier.

New Year Brings Most Highest Prices at the Pump Since 2014 By Kate Gibson
U.S. Gas Prices Back Above $2.50 a Gallon By Kate Gibson
If Your Vehicle Doesn't Require It, Premium May Not Be Worth It By Kate Gibson Posted in Price
MORE TO READ