The Weird, Wild Saga of Gizmondo, Part 5: Coming to America 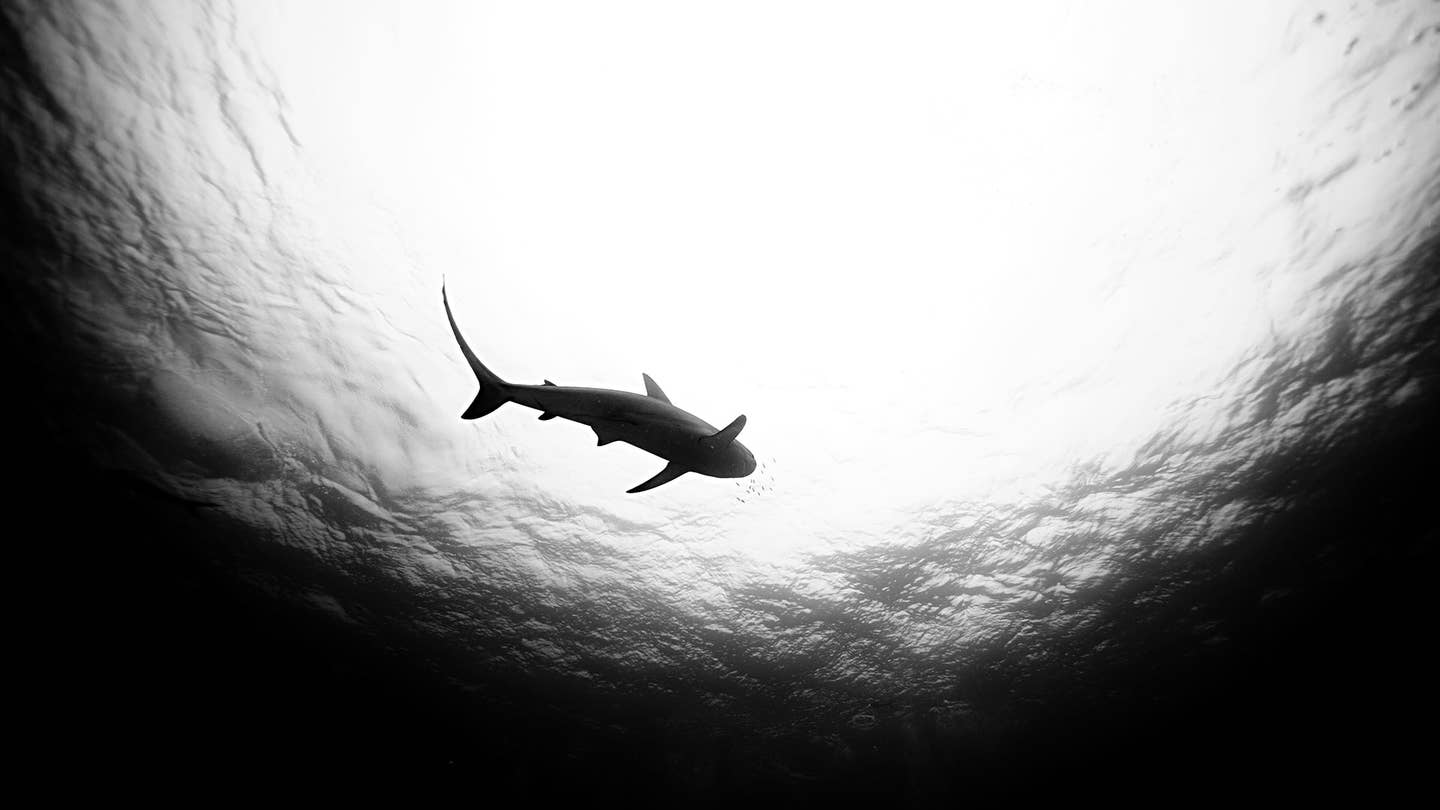 By late spring of 2005, Gizmondo founders Stefan Eriksson and Carl Freer were intelligent enough to see the sharks circling the bloody waters. Consumers thought the product was terrible, and the hype in Europe had quieted. Investors and suppliers once enamored with the duo began to have second thoughts. So the two began planning to move the operation to America. Freer requested that all company cars be returned; non-essential staff were laid off. Rumors circulated, and after they made the official announcement, Freer and Eriksson were gone to Los Angeles within a week.

Their lifestyle didn’t tone down one bit, however. Eriksson bought a $3.6 million mansion at 2323 Worthing Lane,in Bel Air, and shipped over both Enzos and a black Mercedes McLaren SLR. How exactly Eriksson managed to import almost $3 million in cars that he didn’t own into a post-9/11, security-heightened United States is still a mystery.

He soon added to his fleet: a black Rolls-Royce Phantom, a Porsche Techart Magnum Cayenne, a silver Porsche Roadster, a Maybach, a red Ferrari F50, a black 700-horsepower AMG CLS55, a blue BMW 750i, a black Lamborghini, one Hummer H2 and a Humvee previously owned by Arnold Schwarzenegger, loaded with 15 TVs and a $30,000 stereo system. Freer installed himself in a $5.9 million mansion next door to Eriksson’s, and purchased a Gulf Jet Stream 4 and a 110-foot Palmer Johnson yacht named Brigatta. The latter soon became Gizmondo USA’s de facto headquarters: a hub of much carousing, seducing and opinion altering. The duo’s spending habits were hardly curtailed by Gizmondo Europe’s looming collapse.

This is where the story takes another interesting pivot. Although they went to the US to ostensibly launch Gizmondo USA, sources indicate that Freer and Eriksson read the writing on the wall, had already given up on Gizmondo entirely, and had actuallygone to the US to launch another Freer-backed startup, a mobile phone company called Xero Mobile. Notably, they were still collecting salaries from Tiger Telematics.

“Gizmondo carried on paying for wages over in America, but they were actually by then working for Carl’s new company Xero Mobile,” claims James, who remained in the UK but was in close communications with the Gizmondo inner circle. “So that was kind of illegal, because you had a UK company that was paying another company’s wages for no reason.”

Then there was the yacht. Freer’s $14 million Brigatta was a three-bedroom, silver-hulled beauty, fully kitted with leather seats, a bronze-and-wood dining room, jet skis, sun deck, and a huge plasma screen that rose from the floor. “It was basically a hotel on the water—it had two cooks, a captain, and two deck hands. When you were on the boat, you felt like a million dollars,” recalls Anthony, who was one of the executives who moved to California. “I can disrespect those guys, but I can’t say nothing ‘bout the boat; it was classy as a motherfucker.”

Powered by twin 2,250 horsepower engines, the bullet-colored and -shaped yacht reached speeds of 30 knots as it cruised Santa Monica Bay and the occasional voyage up to San Francisco, all without spilling a martini glass. “The yacht had about 15 guns on it, including Glocks, Uzis…anelephant gun. It was no big thing,” continues Anthony in a tone that betrays his London street roots. “We’d take the boat out to Catalina, and they’d always take the guns out, throw some oil cans in the water and go crazy shooting the shit out of them.” (This weapons arsenal account is verified by court documents; when Freer was finally raided in April of 2006, the LA Sheriff’s department found 16 weapons onboard—12 rifles and four handguns.)

Sunday afternoon cruises in the bay with Freer and Eriksson were a routine, often savage habit. “Sometimes they’d get bored and just start shooting whatever animals they could find: seagulls, pelicans, even seals that got too close. But they’d never hit!” More than just a floating gun range, the yacht was where the duo would bring real and potential investors, prostitutes, and people who, according to Anthony, “needed a change of opinion.” After all, a lot of coercion can take place three miles deep into international waters.

One exceptionally warm September Sunday in Santa Monica Bay, Carl Freer and Stefan Eriksson were leaning against the back rail of the Brigatta. Freer was dressed head-to-toe in Hermés, from his linen shirt down to his $150 leather flip-flops. The sun shined bright overhead, reflecting off the most consistent accessory in the Eriksson wardrobe: a thick gold chain and machine gun pendant that hung heavily around his bull neck. The two glanced back at the Los Angeles coastline pulling out of view as the yacht’s twin-diesel engines sped them towards Catalina Island and the isolation of the open waters. On the boat with them were Peter Uf and “the Mikes” — two associates helping Freer launch Xero Mobile. Looking like they just stepped out of a men’s hair-dye ad, Mike X dressed with all the subtlety of the title character in Mask, while Mike Y was dubbed “NASCAR” for his penchant of perennially wearing the auto racing league’s garish gear.

Drinks in hand, the Mikes chatted up a couple young girls sunbathing on the deck, as was the custom on these Sunday cruises. As was also de rigueur, as soon as the boat motored sufficiently offshore they killed the engines, and Peter Uf brought out the war chest of side-arms — among them an Uzi and a couple large caliber handguns. Eriksson grabbed the Uzi and began shooting into the sky at a flock of gulls squawking a couple hundred feet to the starboard, failing to hit any of the birds despite the gun’s ability to fire off 10 rounds per second. One of the Mikes teased Eriksson about his marksmanship, and everyone laughed. It was the weekend, the sun was shining, the drinks were flowing and the girls were giggling. All was right in the world of Gizmondo—at least for the moment. Then Eriksson nodded to the girls. Casually they excused themselves, grabbed their drinks and descended into the hull. A deckhand turned the music up, and also disappeared below deck.

Shrieking, Mike X threw his hands on his head in shock, ears ringing from the deafening blast of the barrels. Stefan then backhanded him across the face, grabbed him by the back of the neck and pulled him to the edge of the boat. Mike Y hit the deck and covered his head with his hands, yelling, “What’s going on man, what are you doing?!”

“What the fuck you trying do to us, huh? We know exactly what you’re doing – you think we’re that fucking stupid?” shouted Stefan in broken English. After tapping the Mikes’ phones, Eriksson and Freer had discovered the Mikes were trying to sell Xero’s compression technology to a competing start-up. Disloyalty was a primal sin to Eriksson.

Uf walked over to the side of the boat, casually picked up a large bucket of fish organs, blood and offal, and began throwing the chum into the water. The Mikes had seen these guys do this before: baiting sharks to come feed in the bloody water, to only then massacre them from close range with automatic rifles. Only this time, it was clear the sharks weren’t that afternoon’s prey.

“Who the fuck do you think you’re dealing with? Do you think we’re jokers?” yelled Stefan apoplectically, now red-faced and only inches from Mike X’s quivering lips. “It’s time for you to swim with the sharks!”

The two Mikes pleaded for mercy. Roughly, Eriksson jerked Mike X up and hung him precariously over the edge of the boat, flailing like a marionette over the reddening water. “We could dump you right now, and no one would ever see you again. Is that what you want?”

Mike X turned hysterical, his screams reaching upper octaves. Uf looked over and began laughing, pointing at his darkened crotch. “He goddamned wet himself,” roared Freer, clearly enjoying himself. Below them, in the now-frothing ocean, a couple sharks began thrashing about.

“Give me one reason why we shouldn’t kill you,” sneered Eriksson. In his early days in the Uppsala Mafia, Eriksson had felt rage like this. One victim testified in court that Stefan had beaten him, threatened to chop off his fingers, and then stuffed a gun so far in his mouth he knocked out his front teeth. “If I throw you to the sharks nobody would ever know!”

“Sorry! I won’t do it again!” screamed Mike X, begging for his life. “I still want to work with you guys, I’m so sorry, sorry, sorry! We’re your fuckin’ slaves!”

That was all Eriksson needed to hear. Pulling Mike X back on deck, he threw him to the ground, allowing Freer to lap up the obsequious pleading.

“This is how these guys worked: once they found that you transgressed them in any way, they held you to it for the rest of your life,” notes Anthony, who in his time had seen Eriksson repeatedly pull this kind of visceral lordship over people. If they couldn’t be charmed, they’d be bought, and if they couldn’t be bought, they’d be broken with the threat of physical harm. And if the threat didn’t work…?

The crew turned the Brigatta around and retreated back to Eriksson’s Bel Air Crest mansion, where Mike X hung around for a couple days to convince them that he was still 100% committed to doing business together. On the third day he excused himself and drove home. Fearing for their lives, the Mikes fled the city and went into hiding back in their native Georgia. They vanished, and never picked up the phone again. “But it was no loss for Stefan and Carl,” shrugs Anthony. “They just went out to the next mug.”

As circumstances continued to spin out of control, the cocaine consumption began to skyrocket. Tune in for part six, later this week.

The Weird, Wild Saga of Gizmondo, Part 2: ‘Too Much Money For Normal Business’