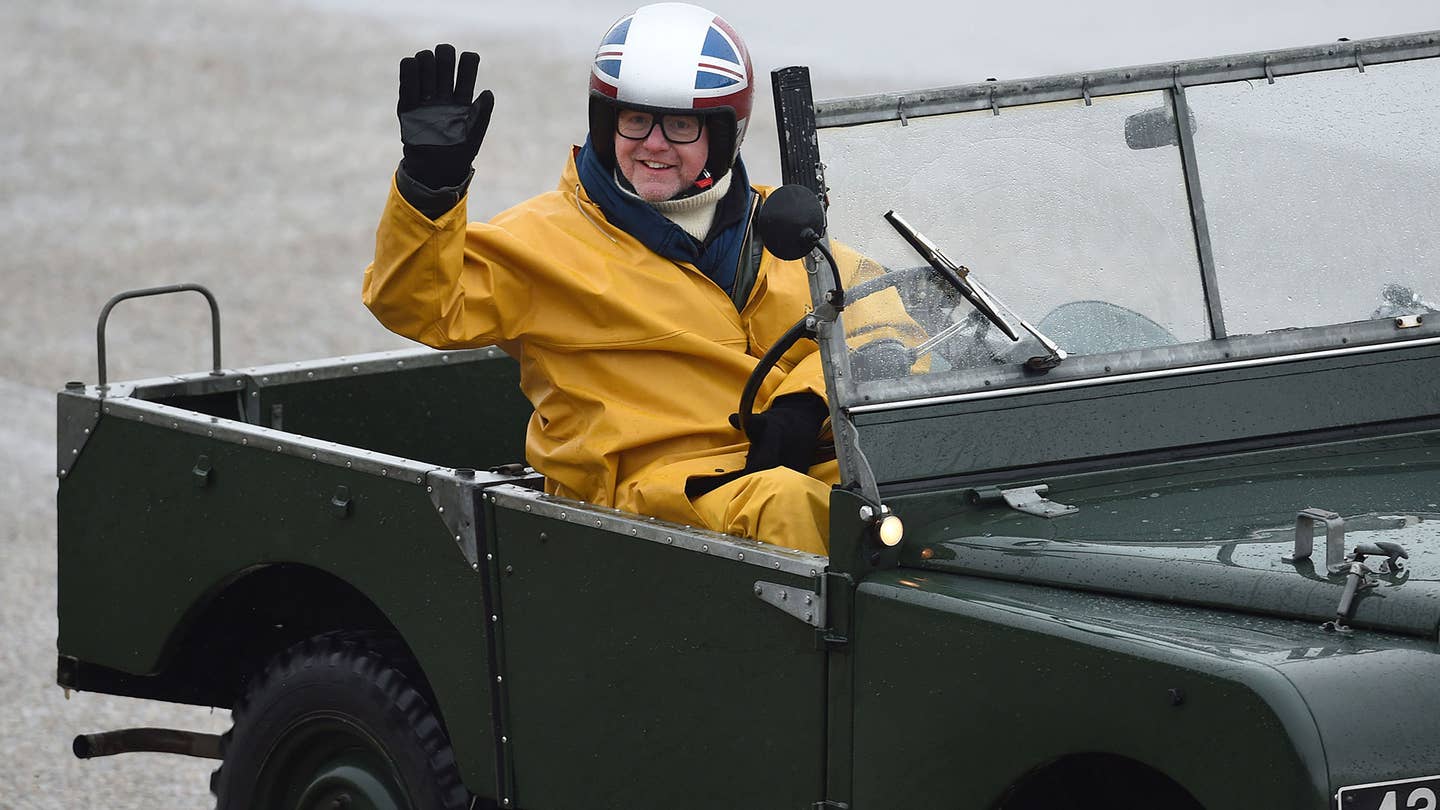 Q: The revamped, Clarkson-free Top Gear is supposed to hit all the various BBC outlets in May. Will it be any good? And generally, will there ever be a good American car show? – D.A. Funk, Whosgötthe, WI

A: I have no idea if the new Top Gear will be worthwhile. But I’m not an optimist. The chemistry that makes Clarkson, May and Hammond so compelling together seems to be wholly serendipitous. It won’t be easy to duplicate. That noted, there’s no downside to it being great. So here’s hoping.

It’s the latter part of the question that’s interesting to me. First because there are so many car TV shows on cable right now. And second, because they’re all doomed.

American shows about cars have almost all been relegated to backwaters of triple digit numbered cable channels. They survive on small audiences, micro-sized budgets and the occasional scenes that literally—I’ve seen this on Graveyard Carz among others—depict paint drying. I don’t care how many clipboards the shop manager throws, how close the shops come to missing the phony deadlines for their builds, or how many goofball brand extensionsGas Monkey Garage manages, they all manage to suck at a basic level.

Some of the shows, like the execrable Street Outlaws on Discovery, celebrate the absolute worst aspects of automotive enthusiasm. The surviving family of the next person who dies at the irresponsible hands of a “street racer” on that crap-a-rama deserves to take every dollar the show’s producers have ever touched.

There have been some exceptions. A few of the cars Chip Foose built onOverhaulin’ were impressive, even though there was way too much maudlin bro-hugging and convoluted tear-jerking clogging up that show. And History’s American version of Top Gear had its moments. But Overhaulin’ has concluded its run and, though History hasn’t announced that Top Gear has been cancelled, no new episodes have aired since 2014.

The problem going forward is that all those backwater cable channels are threatened by the rising tide of “cord cutting” and the slow death of the cable TV channel bundle.

They’re going to keep on sucking until they go extinct.

None of us watch all the dozens of different cable channels that are pumped into our homes. Sure there are a few shows on The Food Channel I like, and I’m addicted to Pardon The Interruption on ESPN, but I’ve never seen anything on Lifetime, Spike, Tru TV, Freeform or a dozen dozen others. I know they’re on my cable box, but they may as well not be.

Most of these channels exist as filler so that your cable TV provider can “bundle” them into packages that seem like a good deal. Hundreds of channels for only a few pennies more per month! The channels themselves live off of whatever scraps the cable systems throw them and whatever they can get for their bargain priced commercials. And for decades this has been a winning formula for the cable companies.

That’s all ending as more and more customers abandon cable TV altogether in favor of Internet delivered content either on their computer or on delivery devices like Roku, Apple TV or Playstation hooked up to their TV sets. According to Leichtman Research, cable companies lost 345,000 subscribers during 2015 after losing 1,215,000 in 2014. And that doesn’t account for new households that form during the year and never sign up for cable or satellite TV service.

If you have teenage kids, you know they consume most media through their phones and practically never watch conventional televisions. It’s going to be tough to convert them into cable addicts.

So everyone in the TV industry is awaiting the Great Unbundling. That’s the time when the cable and satellite services will have to offer the various channels on an a la carte, individual basis instead of in mega-packs of channels no one really wants. And in the long run that spells doom for channels like Velocity where the audience is tiny and specialized.

CBS has already turned itself into an app on AppleTV. Hulu is producing shows like 11.22.63 that are just great. Amazon is paying mega-pounds to stream whatever Clarkson, May and Hammond have been cooking recently, and Netflix is investing more and more money into original content. Practically no one paying for five or six or seven or whatever bucks a month for each particular streaming service is going to order a hundred of them.

So reality car TV we as we know it is likely doomed. I’m watching to see how Motor Trend On Demand works out. I’m a fan of Roadkill, and not just because I’ve known and worked with David Freiburger for 20 years. But I’m suspicious that many people are going to pay $5.99 a month for early access to car content that was otherwise free on YouTube last year.

But web shows like Jerry Seinfeld’s Comedians In Cars Getting Coffee and Jay Leno’s Garage that leverage existing celebrity capital to play with cars are encouraging. And they’re attracting audiences.

With the web such a cheap and viable delivery service, there’s always a chance someone will figure out the economics and produce a great car show. The current ones, however, still pretty much suck.

And they’re going to keep on sucking until they go extinct.