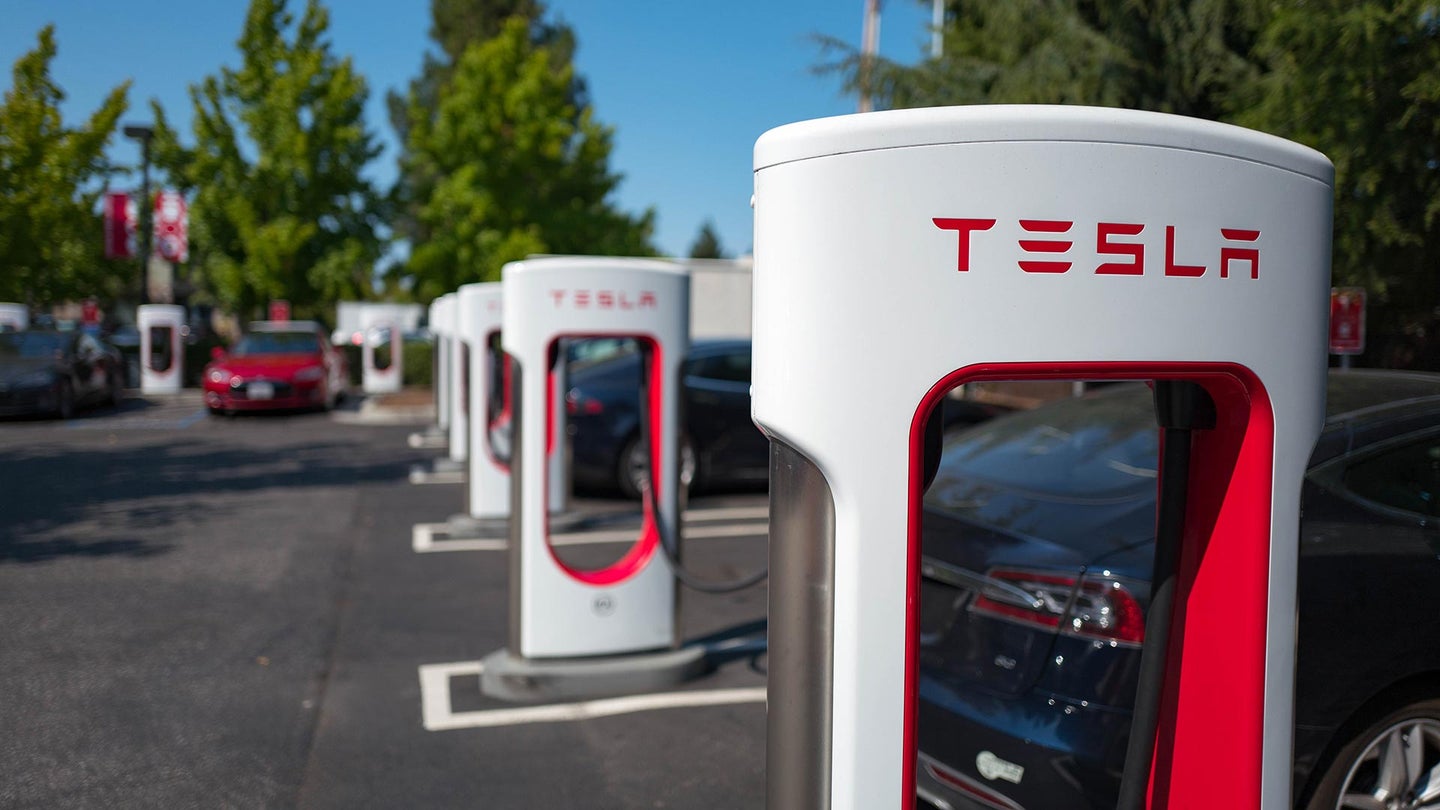 The free ride is over for future Tesla Model S and Model X drivers. The auto manufacturer announced today the details of its new Supercharger program, which previously included unlimited access to its international network of fast charging. For owners who ordered their luxury sedans and SUVs after January 15, 2017, they will be allotted annually 400 kWh of power on the private network on the anniversary of the they took delivery. The meter is reset if the car changes ownership. And no, there will not be rollover kWhs.

Tesla says that 400 kWhs, which should provide approximately 1,000 miles of driving range, is enough to cover most owners Supercharger use for an entire year, since most charge overnight at home or at work during the day. But even for frequent fliers at Supercharger stalls, the cost per kwh will be on par—perhaps even cheaper—than rates they would get at home. In North America the company will charge customers per kWh or per minute, depending on what state or province regulations require.

Where per-minute charging is required, Tesla will use tiered pricing to bill drivers based on Supercharger speed. Any time a driver recharges at less than 60 kWh will be billed Tier 1 pricing, which is half the cost of Tier 2 pricing for speeds higher than 60 kWh. Locations outside the U.S. will implement set fees for access.

State-specific rates are detailed on Tesla's Web site. One Tesla Motors Club member scraped the source code of the support page to list all rates in a single view. After exceeding the annual allotment, Tesla estimates that road trips from San Francisco to Los Angeles will cost $15, and customers can expect to pay about $120 to drive from Los Angeles to New York. In Europe, a trip from Paris to Rome might cost €60, and in China it could cost ¥400 to drive from Beijing to Shanghai.

Members of the owner's forum seemed satisfied with the new pricing structure. In fact, there could be an upside—ending the energy buffet may discourage drivers from frequenting Superchargers unless absolutely needed and lower demand at congested pumps.