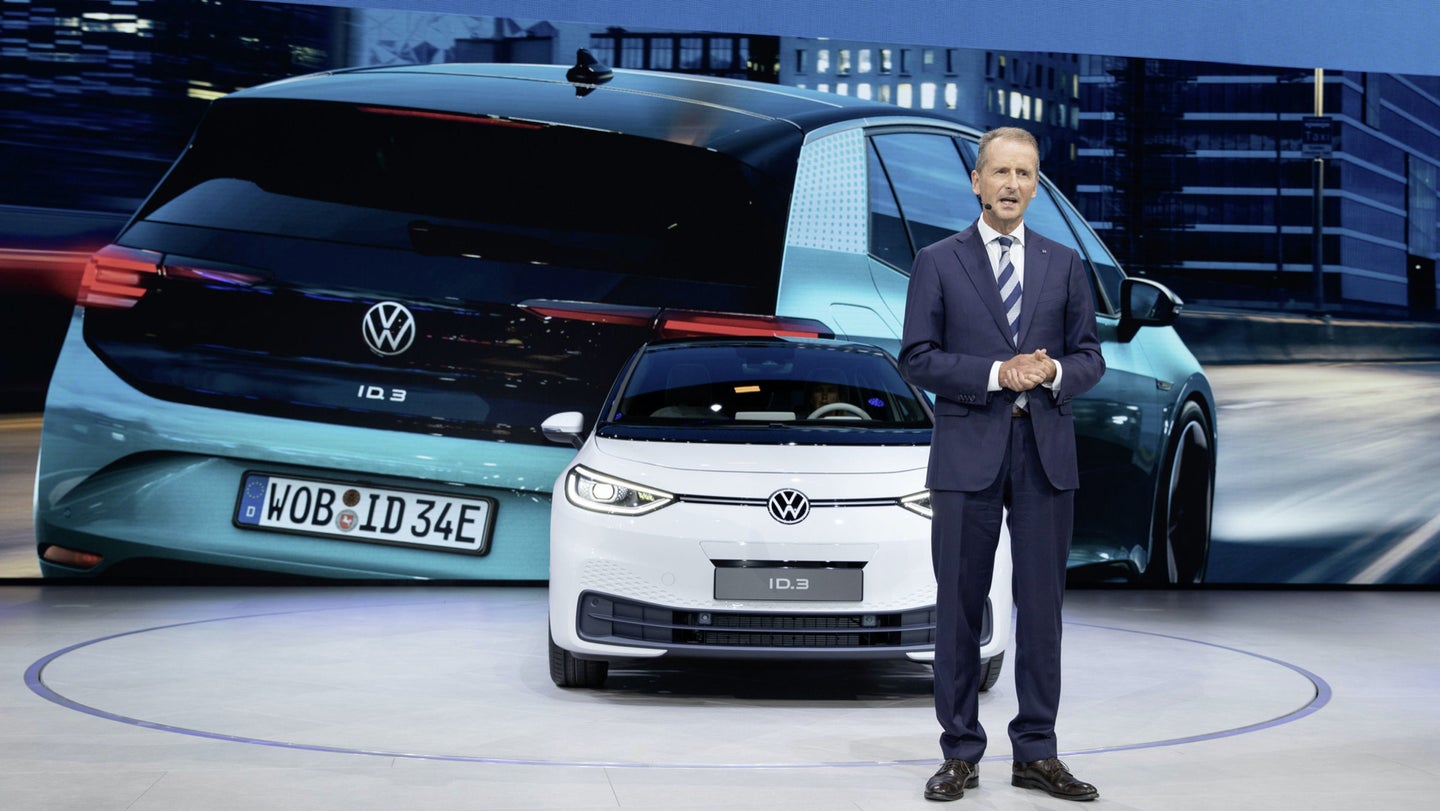 Volkswagen Group chairman Herbert Diess shut down rumors that it would invest in Tesla, but admits that he respects what the American automaker has done. While Diess admits Tesla has pushed mainstream automakers into focusing more on electric vehicles, he doesn't think Tesla is doing anything Volkswagen can't already do.

An earlier Wall Street Journal report claimed that Volkswagen, along with the Silver Lake private equity firm and a Saudi sovereign wealth fund, was part of an estimated $30 billion offer to take Tesla private. That offer fell through in August, and Musk confirmed shortly afterward that the company would remain publicly traded for now.

However, Diess now says that they wouldn't invest in Tesla anyway. The Volkswagen Group head said to Autocar at this week's Frankfurt Motor Show:

No, I wouldn’t consider a stake in Tesla. I really admire what it has done, which is also helpful for us because it is really pushing us [in electrification]. The cars are nice and I like to drive them.

It’s a brave move to come into automotive because it means such a high investment.

Instead, Diess is confident in the Volkswagen Group's ability to beat Tesla on their own. Diess continued:

In the long run, I think we might have a bit of an advantage because of scale. On the hardware side, there is probably not so big a difference because they also have a dedicated electric platform and they’re quite big already for an EV manufacturer.

But when it comes to the next big thing, which is software, Tesla is strong in software – but software really is a volume game. If you do software, you have to use ten million devices, not one million.

In short, Diess told Autocar, "I wouldn’t buy a stake because I think all they are doing, we can do."

He's not prepared to pick Tesla up after a bankruptcy, either, as he simply doesn't think it will happen.

“I don’t believe that [bankruptcy will happen]," Diess explained to Autocar. "I like Elon quite a lot and I wish him all the best. Tesla is close now to profitability. Probably the biggest challenge is the stretch in category class because the investment is so big.”

Whether you love or hate Tesla, you can't ignore its immense role in the rise of electric cars. It made EVs cool to own more so than any other company to date, and now it's up to everyone else—Volkswagen included—to catch up with much of what Tesla's already doing. Diess was at Frankfurt to reveal Volkswagen's new ID.3 electric hatchback, after all. Just don't expect VW to take the shortcut of buying its own stake in Tesla anytime soon.