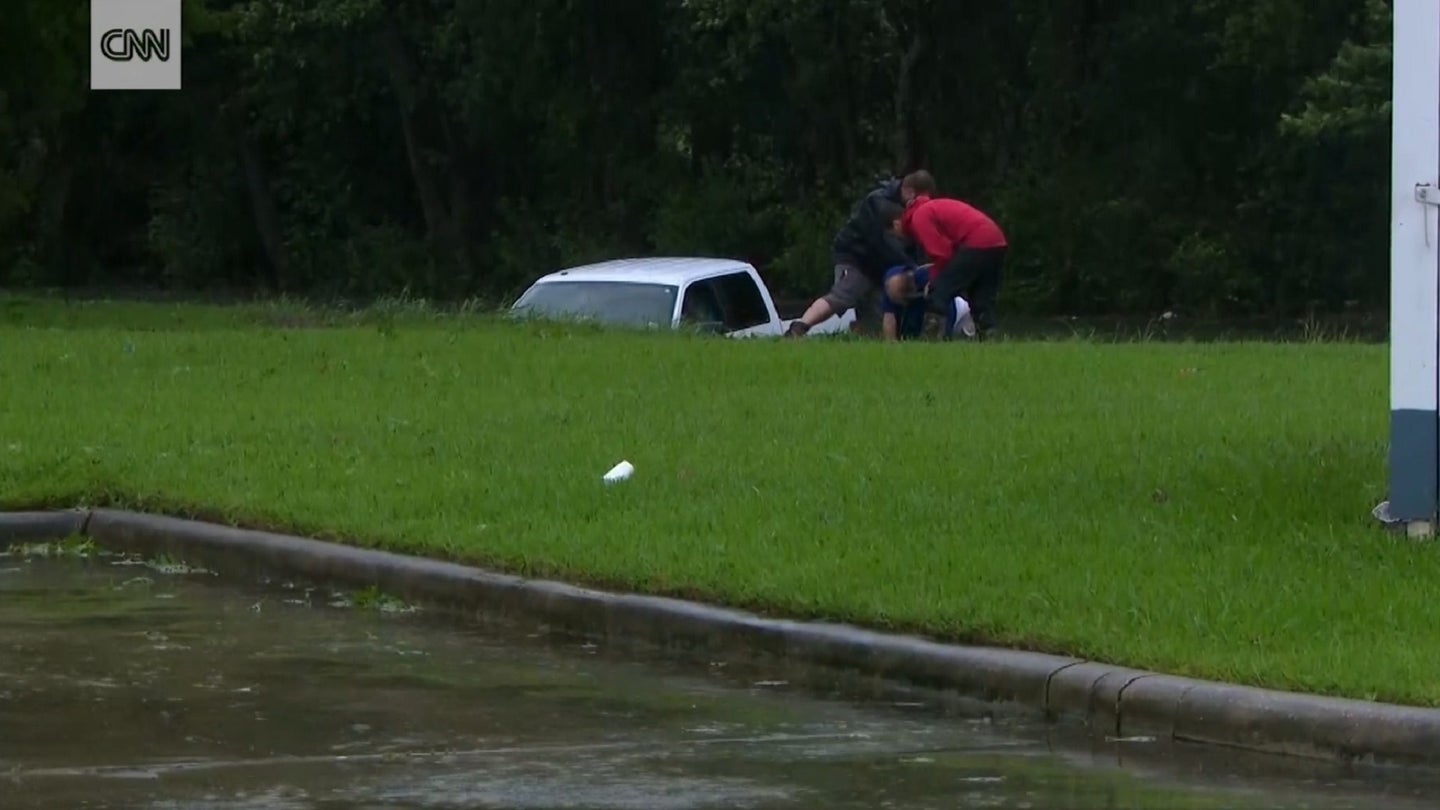 A fundamental rule of journalism is that we are supposed to report the news without becoming the news ourselves. But sometimes, when lives are on the line, we can't help ignoring this rule and becoming first responders. That's what I did when David Higgins crashed off Mount Washington right in front of me. He would have been fine without my help, but two journalists in the Houston area reporting on Hurricane Harvey found themselves saving some lives.

Sunday morning, KHOU 11's Brandi Smith was on top of a bridge, reporting on the flooding in north Houston, when she and her crew spotted a tractor-trailer trapped in ten feet of rising water on an adjacent road. As luck would have it, a Harris County Sheriff water rescue team towing a boat drove by. Smith flagged it down and told them about the submerged semi. The Sheriffs had no idea it was there until Smith told them. Last year the same situation happened at the same location, and the truck driver died in the flood. The same fate would have befallen this driver if Smith had not been on the scene.

The Sheriffs deployed their boat into the rising water and successfully rescued the truck driver. The rescue itself did not air because the KHOU 11 studios were evacuated with two feet of water flooding the building. But the camera continued to roll, and Smith posted the video of the rescue on her Facebook page.

Brandi Smith is not the only journalist turned rescuer in Texas. On Wednesday, in Beaumont, CNN's Drew Griffin was reporting about the flooding when a man in a Ford F-150 drove straight into a flooded ravine behind him, which is something you should never do. Griffin and one of his crew ditched the live broadcast, ran to the truck, and pulled the driver up to safety on the shore.

Both of these news teams happened to be in the right place at the right time to make a difference when it counted. At times like this, it's more important to jump in and do what needs to be done than to remain an observer.