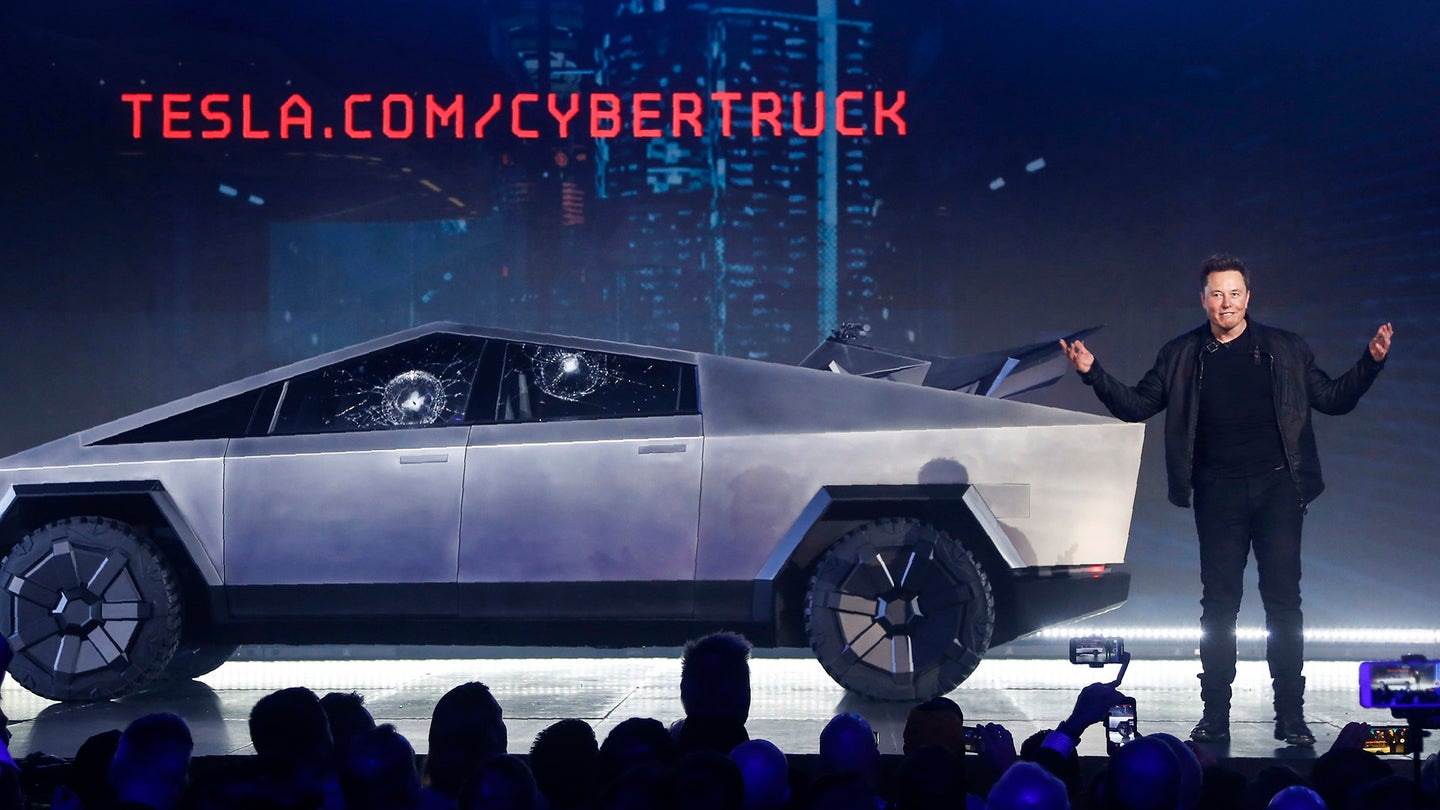 Good morning and welcome back to Speed Lines, The Drive's a.m. roundup of what matters in the world of transportation. Plenty of news today, none of it good, as usual. Let's hit it!

Later this afternoon, Tesla will have its first-quarter earnings call where it will announce, among other things, financial results as well as new car deliveries. This one's expected to be a big deal. It will illuminate how the automaker is doing amid the coronavirus pandemic, it will speak to sales of the new Tesla Model Y, it will show what's happened since the Q4 2019 profit bonanza that sent stock prices skyrocketing—and it's poised to be a massive $750 million payday for CEO Elon Musk.

I'm very interested in all of those things, as are Tesla shareholders. But Musk being Musk, he can't resist showing his ass on Twitter ahead of this important event:

I should point out the Wall Street Journal story he links to is an opinion piece, not a news one, and it's written by the CEO of the Cypress Semiconductor Corporation, not an epidemiologist or a physician. You'd have to ask the Journal why they're running such a piece in the first place, but that's neither here nor there.

The point is, Musk has been wrong on nearly every aspect of the pandemic. He attempted to keep production in California going amid a stay-at-home order, he was hyping the now largely discredited chloroquine as a treatment early on, and about a month ago he tweeted that there will be "probably close to zero new cases in US [sic] too by end of April." (He was wrong.) And Tesla, on the whole, has been a lot less conservative about factory closures and reopenings than other, more established automakers.

Musk wants his people back at work. He wants his employees back at work building the Model Y, especially, because it's Tesla's most important car yet. He's done everything he possibly can to make that happen because this is such a pivotal moment for Tesla—one where it was riding high on valuation before the crisis and on the eve of releasing what's likely to be its best-selling car to date. Perhaps I'm being overly cynical here, but I see the tweets and the missives about miracle cures being less about his staunch belief in American freedom and more about capitalizing on the hard-fought momentum (and market capitalization) Tesla started with in 2020.

But based on everything we know, it's readily apparent that without extreme precautions, safety equipment, widespread testing, and, ultimately, a vaccine, businesses that choose to reopen are putting their workers at risk.

The question for Musk is, how much worker risk is he willing to bear to sell luxury electric SUVs to rich people?

As we've reported on Speed Lines previously, Ford is coming into this pandemic in a rougher state than many rivals, General Motors in particular. It's coming off a fairly disastrous 2019 and is in the midst of a big executive shuffle. Ford is also retooling its approach to mobility and tech development amid this financial crisis.

So here's where we're at on its financials at the moment, from Automotive News:

Ford Motor Co. expects an operating loss of more than $5 billion in the second quarter as the financial toll of the coronavirus crisis continues to worsen. The automaker said Tuesday that it lost $632 million before interest and taxes in the first quarter, although it made $346 million before interest and taxes in North America. That came despite shuttering U.S. assembly plants for the final two weeks of the quarter.

CFO Tim Stone said if the coronavirus crisis had not occurred Ford was tracking to post $1.4 billion or more in adjusted earnings before interest and taxes. Ford in the first quarter lost money in every region outside of North America, including a $241 million loss in China, which was the first region impacted by the virus.

Ford Credit made $30 million in the quarter, down $771 million from the same period a year ago.

No wonder that electric Lincoln SUV thing got scuttled.

Okay, maybe the news isn't all bad. But I am skeptical about this one.

Thanks to a strong Q1, Mercedes-Benz parent company Daimler said it actually expects a full-year operating profit, and one that's higher than last year. But it could—let's be honest, will—take a bath in Q2. Cautious cash management is expected to be one factor in this, reports Reuters:

“There is nothing cheering in the auto numbers we have seen so far across the industry but Daimler seems to have had a decent start to Q1 and managed working capital better than we had feared,” Jefferies analyst Philippe Houchois said.

Daimler reiterated it expects group revenue and earnings before interest and taxes (EBIT) to be below 2019 levels but given substantial one-off charges in the year-earlier period, the Mercedes-Benz Cars & Vans division is now seen delivering EBIT above prior-year, the company said.

The U.S. economy contracted by the most since the great recession (NY Times)

Why You’re So Irritated by Everything (Forge)

What's your take on Musk and his tweets here?