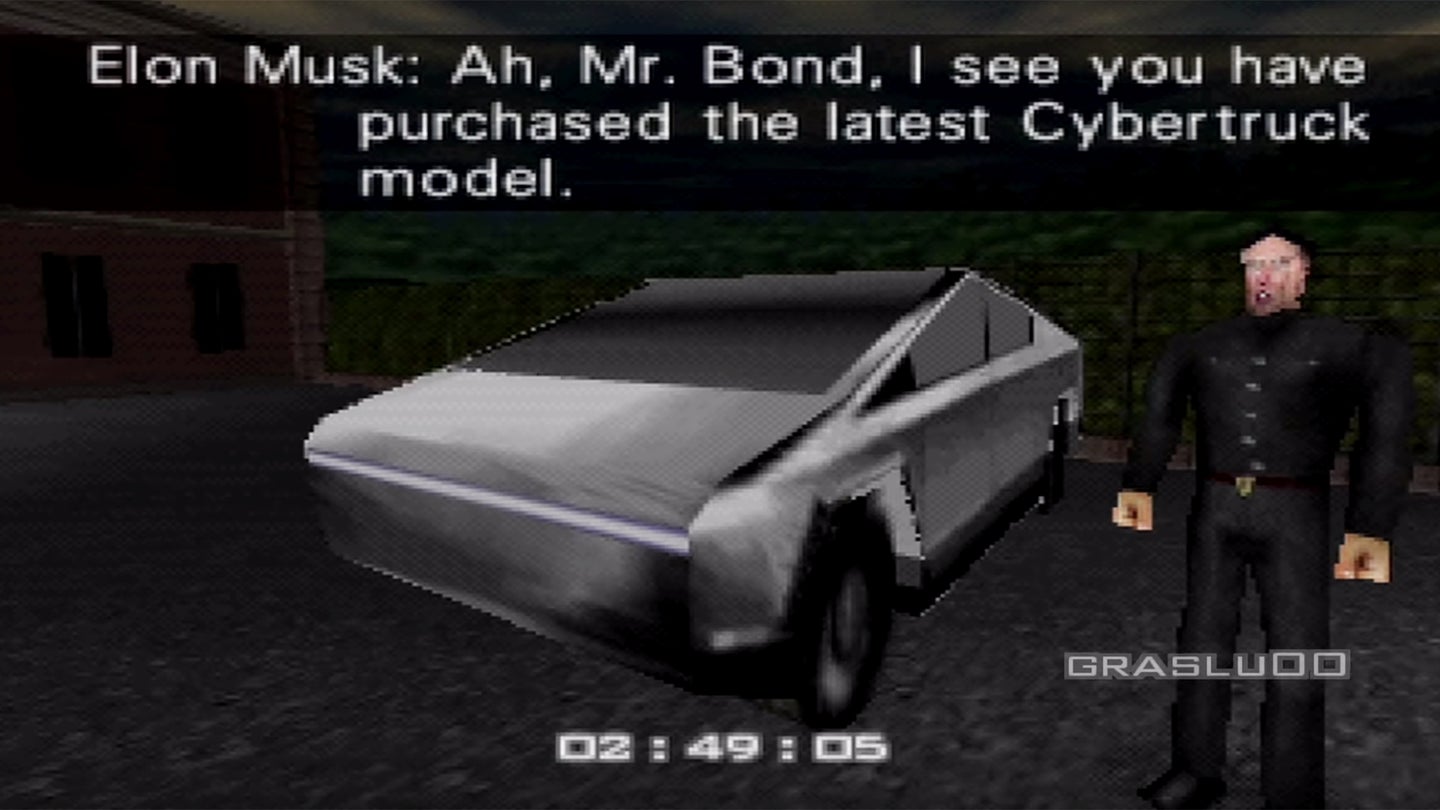 If we had to stereotype Tesla diehards without going into unflattering territory, we'd say they're fans of science fiction, old-school video games, and mashed potatoes. Fortunately for them, these passions needn't all be enjoyed separately, as a video game modder has figured out a way to get the Tesla Cybertruck into GoldenEye 007 on Nintendo 64.

First highlighted by Jalopnik, YouTube user Graslu00 took a GoldenEye ROM and fiddled with the files of its sixth mission, "St. Petersburg," replacing the model and textures of non-player character Valentin Zukovsky with those of Elon Musk, and altering the dialog between him and Bond to fit a new, Tesla-centric narrative. They also added in a drivable Tesla Cybertruck to replace an in-game tank, using a 3-D model and textures presumably made from scratch for this mod. While the truck's model itself wouldn't be difficult for even an amateur modeler to create, getting it to work on an actual N64 cartridge takes a skillset almost as rare as James Bond's.

GoldenEye isn't the only game reworked by Tesla fans to feature the Cybertruck, either. Community-made renditions of the electric truck can be driven in both Grand Theft Auto V and Minecraft. With how often people compare the Cybertruck to the Warthog from Halo, and mods for Halo: Reach hitting the internet less than a day after its PC release, we suspect it's only a matter of time before one is seen bouncing around Blood Gulch, with a minigun in the bed and the flag carrier riding shotgun.