Thirty-foot tumbleweed tsunamis trapped people in their cars, prompting the creation of #tumblegeddon. 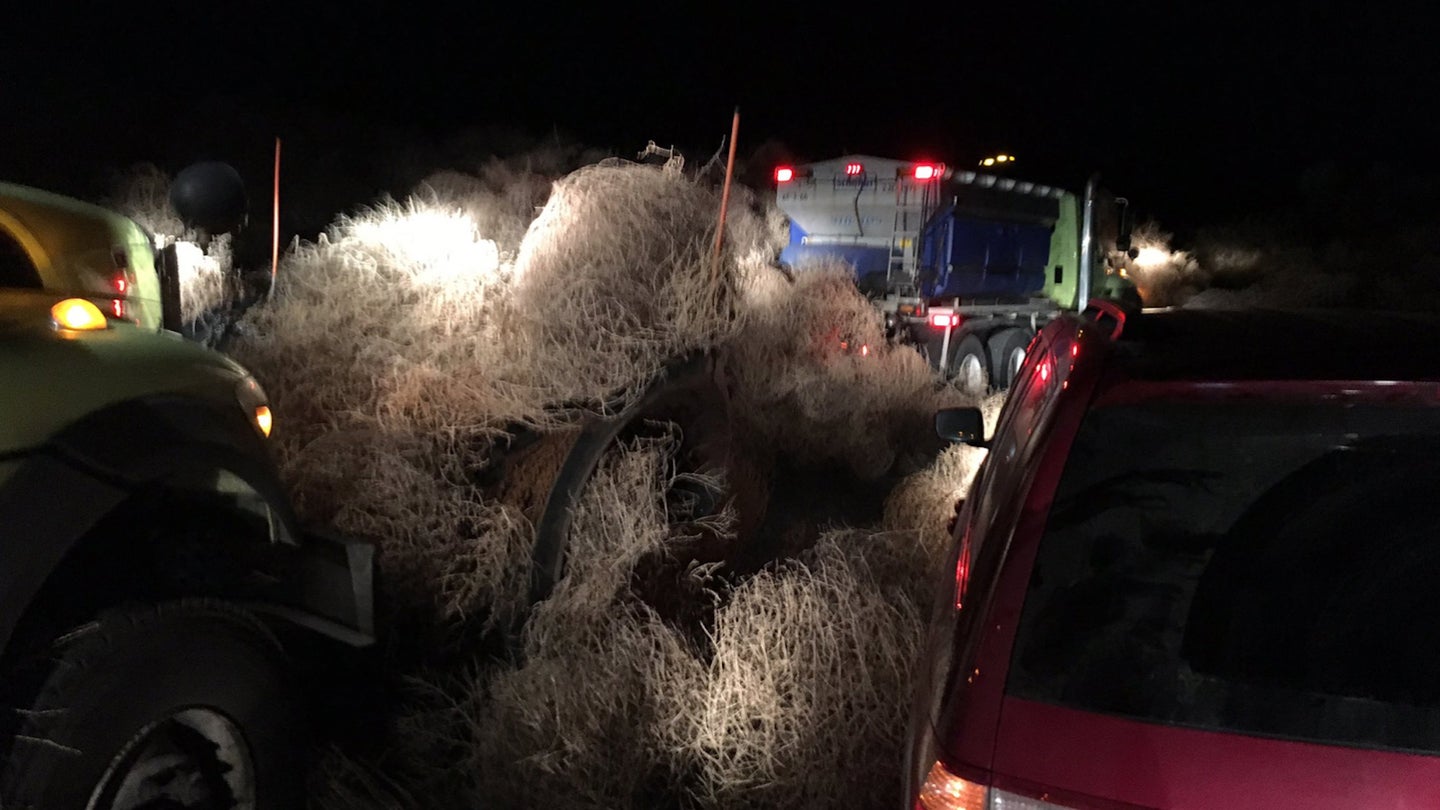 If you learn nothing else today, stick this tidbit in your pocket: Washington state, despite having some of the heaviest rainfall totals in the nation, also has a high desert area with dry and windy weather. And on New Year’s Eve, those conditions joined forces to create a tsunami of tumbleweeds that wreaked havoc on a highway in the south-central part of the state.

High winds caused poor visibility on portions of a Washington state highway, forcing drivers to slow down and eventually come to a stop. Once that happened, giant tumbleweeds blew onto the highway and surrounded cars with such force that several people were actually trapped in their vehicles. It's like these tumbleweeds actually plotted against humans—it's stuff straight out of a scary movie. The onslaught was bad enough to stop semi-trucks in their tracks and even required highway crews to use large snowplows to clear the roadways.

State police say that the tumbleweed piles were 20 to 30 feet high in some places and completely blocked the highway. The roads were closed for about ten hours while crews worked through the night to clear a path. During the cleanup efforts, cars were found trapped under the tumbleweeds, but most occupants had been able to safely escape the mayhem.

Officials say that there is some level of disruption caused by tumbleweeds almost every year, but that conditions like the ones seen earlier this week are very rare. No one was hurt and there were no medical emergencies, but it was a scary situation, nonetheless. State trooper Chris Thorson voiced a concern that the tumbleweeds may be a sign of things to come in the new year, saying “To have it happen on New Year's Eve and into the New Year, I'm not exactly sure what that bodes for 2020."

To make matters worse, this is apparently an annual thing.