It’s an increasingly popular feature for larger vehicles, and it’s now present and accounted for on the Cybertruck. 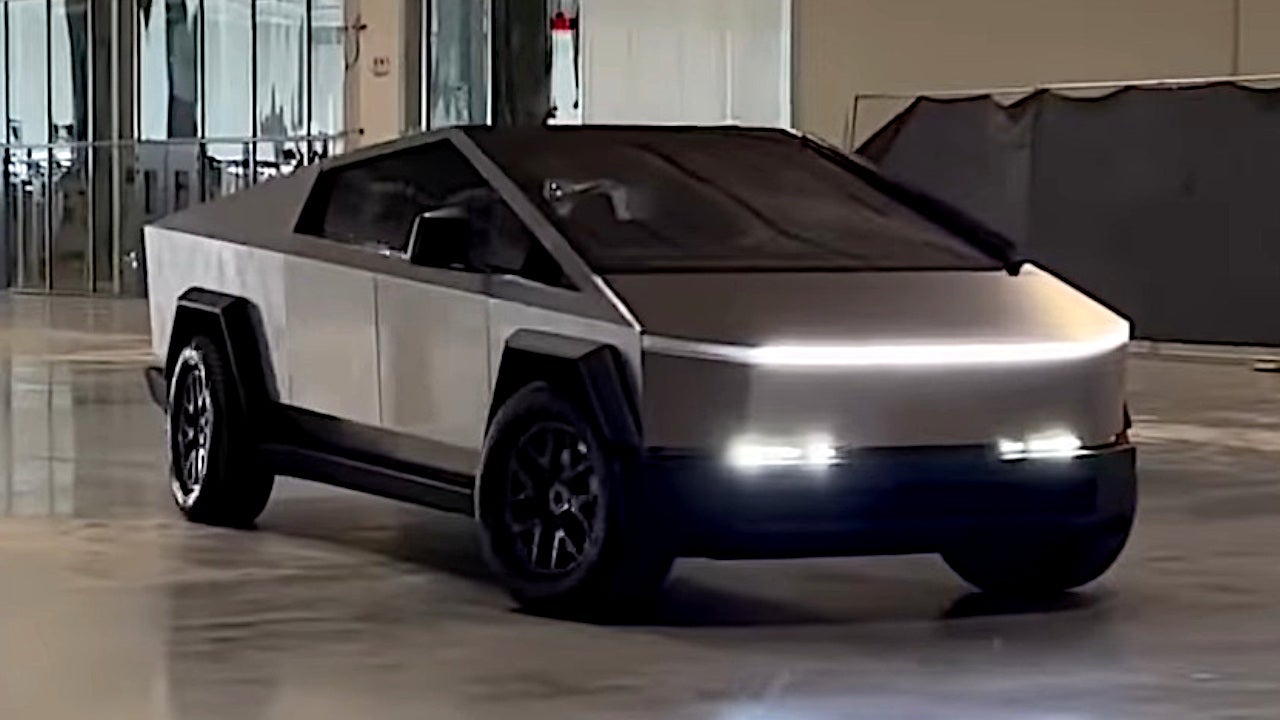 These days, it's just not enough to build a simple pickup truck for the modern marketplace. You've got to fill it with whiz-bang features, from giant screens to generators. For the new crop of electric trucks, four-wheel steering seems to be the hot new feature, and now you can watch the Cybertruck's version in action on YouTube.

The video from the Cybertruck Owners club is a short one, showing off the Cybertruck moving at low speeds. Shot at Tesla's Cyber Rodeo event at the Giga Texas factory, the truck's rear wheels can be seen turning a few degrees in the opposite direction to the front wheels.

This is the most common way that four-wheel steering systems aid in maneuverability, helping to reduce a vehicle's turning circle significantly during parking and similar operations. Typically, at higher speeds, the rear wheels turn in the same direction as the front wheels, allowing for smooth, gliding lane changes and the like.

While some modern four-wheel steering systems allow for quite severe angles of the rear wheels up to 15 degrees, The "Crab Walk" mode on the GMC Hummer EV is perhaps the best example, with the vehicle driving practically diagonally when the system is engaged. Ford have some crazier ideas in mind, such as tucking the wheels in towards each other and driving them in opposing directions, allowing a duly-equipped truck to potentially strafe left and right in a manner akin to an omnidirectional forklift.

However, we don't see anything particularly drastic here on the Cybertruck. It's a subtle effect, and while it's not groundbreaking, it would certainly do a lot to aid the Cybertruck's maneuverability. It does bear out last year's announcement, however, that the Cybertruck would indeed ship with the useful feature onboard.

It may not have the pizzazz of the Hummer's crab walk, nor the sheer ludicrosity of Rivian's Tank Turn feature, but it should help Cybertruck owners avoid dinging up their stainless steel panels when navigating into tight parking spaces. In any case, it seems nobody wants to own a truck without some kind of fancy party trick these days, so in coming years Tesla may have to step up its game even further.

At the “Cyber Rodeo” event in Austin, Musk gave updates on some long-delayed Tesla promises. Whether he will deliver remains a question.