Tired of Waiting, Guy Builds His Own 102-MPH ‘Tesla’ Cyberquad 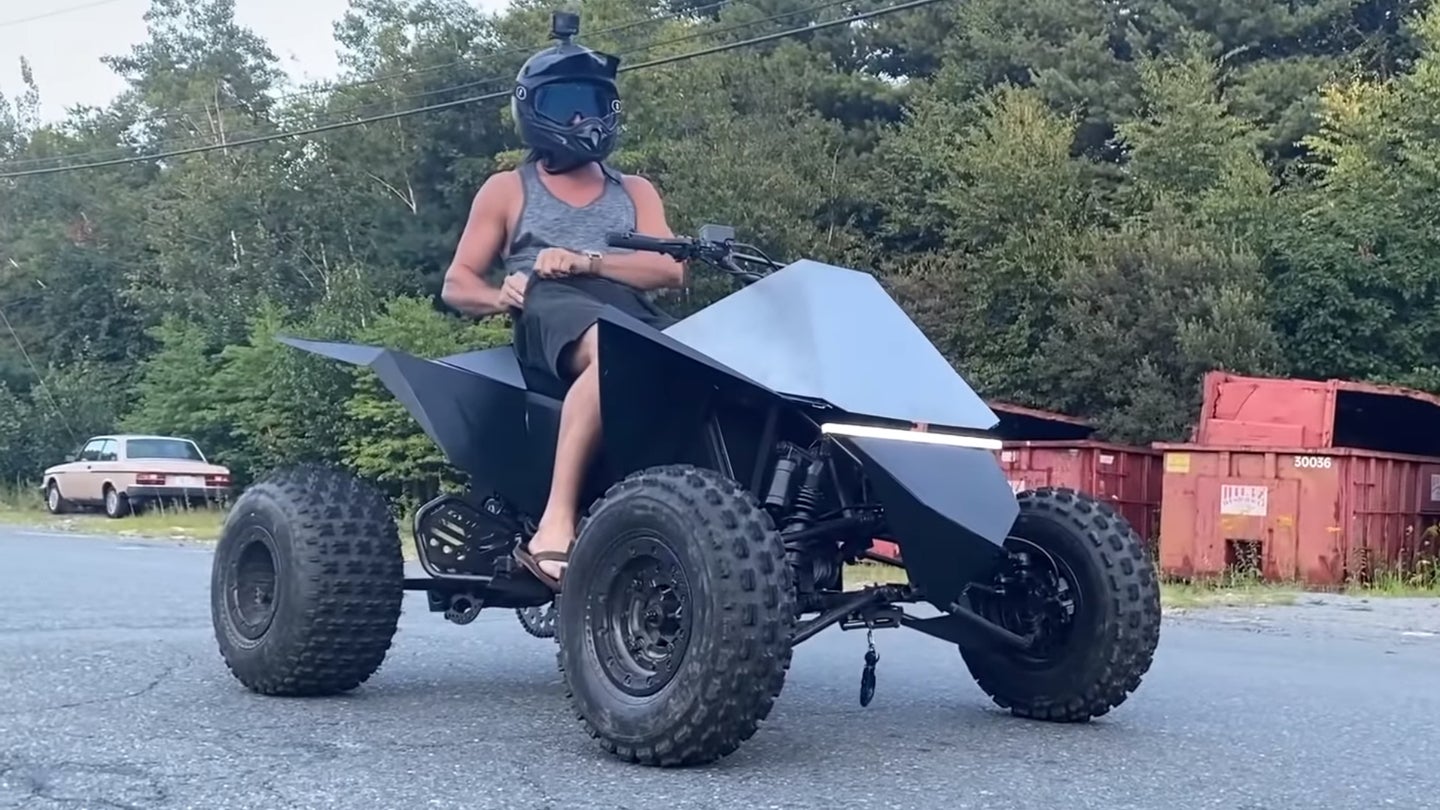 There seems to be something of a trend with Tesla products—the enthusiasm for them often overwhelms the California company's available resources. For instance, there have been more imitation

made than actual Cybertrucks produced. It helps that the Cybertruck, and by extension, the company's Cyberquad, are pretty simple geometric designs, which makes them easier to reproduce. The Cyberquad—as we all found out soon after its brief debut—is also based on an existing ATV, a Yamaha Raptor 700R. So what's really stopping somebody from making one for themselves?

The answer is; a reasonable amount of fabrication, engineering, mechanical experience, and quite a bit of cash. Also, enough knowledge of electronics to avoid electrocuting yourself to death. The guys at Rich Rebuilds have all of these things. And whether Tesla fans like him or not, he decided to take on the challenge. After months of wrenching, he's finally done. The results are impressive.

Impressive might be an understatement, even. Rich's Cyberquad—which he calls Starscream—is not only fully-functional, but it adds some features the actual Cyberquad does not have, such as a winch and an instrument cluster. Actually we know pretty much nothing about the Cyberquad, so Elon Musk might just tweet this afternoon that the Quad will actually have all of these features, and we're liars. Just adding that little disclaimer there.

Even more impressive are the quad's performance specs. With the right sprocket set, it will do 102 miles per hour, and hit 60 mph in just 3.9 seconds. These incredible numbers are thanks to the quad's motor and battery pack, the former of which was sourced from an electric motorcycle. As well as providing enough current/wattage for the ATV's rapid pace, the battery also has enough charge for a long ride. Rich didn't calculate exactly how much range the vehicle has, but all of the shenanigans in the video—including towing a military-spec Humvee up to 20 mph—weren't enough to drain the battery down to even half.

Rich also suspects that Tesla used a similar motor in the Cyberquad concept that he did to put this project together. He mounted his motor directly to the rear axle, which is a simpler way to do it as compared to what Tesla did, but the result is pretty much the same. You could level a complaint concerning all of that unsprung weight at Rich, however, it's not likely to cause any serious issues in the grand scheme of things.

And speaking of the grand scheme of things, I think Rich is on the right track with making an electric UTV. Vehicles like ATVs are the sort of thing you don't want to have to maintain or fix, and electrifying them just makes sense. It's likely much better for the environment they prowl around in as well. But in any case, this build definitely deserves a lot of praise, and we hope to see more of it.