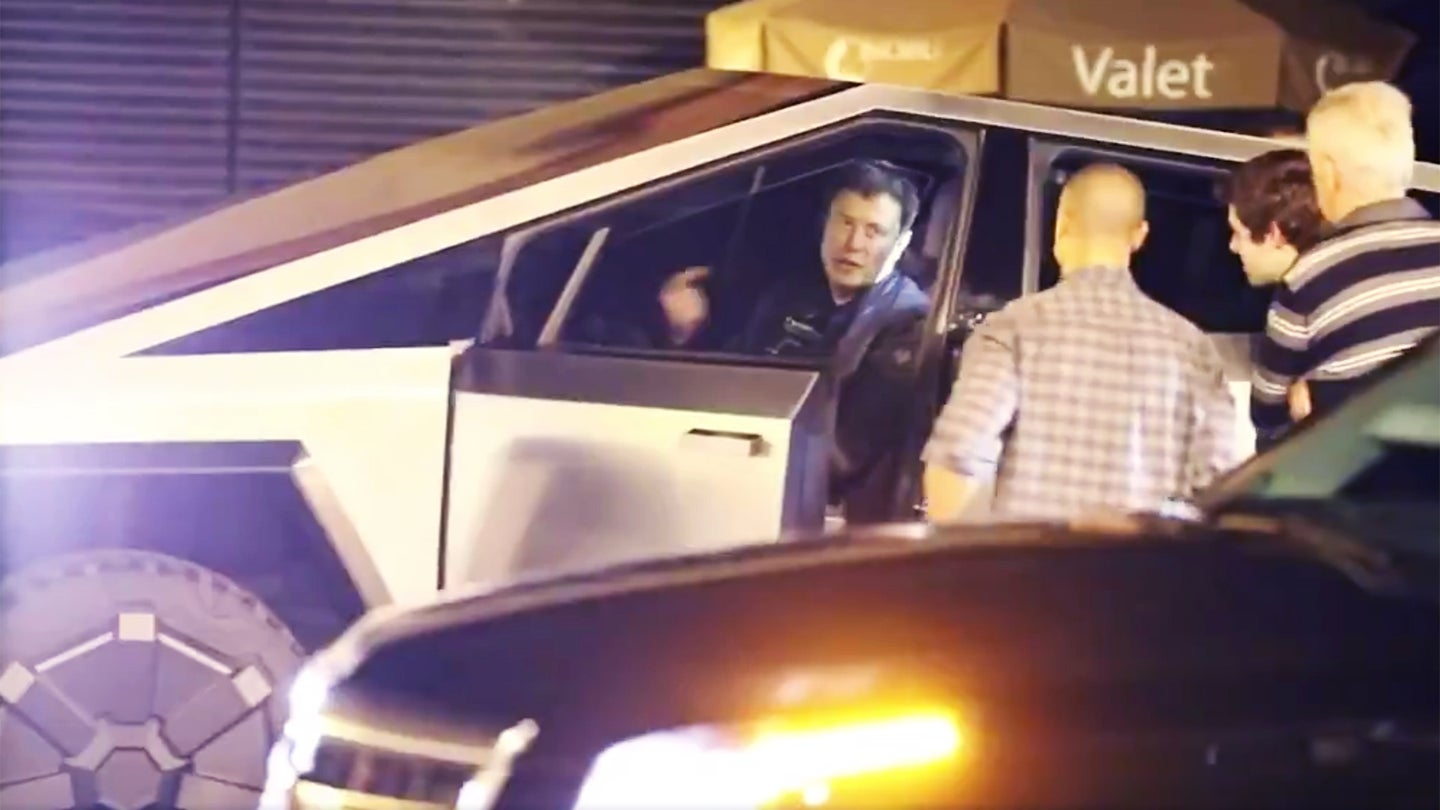 Tesla CEO Elon Musk turned Malibu, California into his own personal playground on Saturday night when he took the company's newest creation out for a night on the town. Chatter first started on Reddit when a photo of the Cybertruck at the popular Japanese restaurant Nobu was first uploaded, but shortly thereafter things went viral when a video of the billionaire hitting a traffic pylon began to make its way around the internet. One other thing caught the watchful eye of the Twitterverse, however, and it was quickly blown out of proportion: a red traffic light.

Video shows that while leaving Nobu, Musk happened to clip a child-sized bollard with the behemoth stainless steel truck. As he continued to drive through the intersection ahead of him, it appeared that Musk also ran a red light, an action which some media outlets immediately began to report as Musk committing a traffic violation.

In reality, that wasn't the case.

Musk's left turn out of Nobu and onto Pacific Coast Highway was executed before the intersection, meaning that the Cybertruck and its tailing Tesla companion were making a legal traffic maneuver over the double-yellow line.

The red light that can be seen in the video is actually a left turn indicator for the traffic on Pacific Coast Highway, meaning that although Cybertruck did drive in front of opposing traffic while other vehicles had the right-of-way, he was technically completing a legal maneuver in doing so.

It's hard not to notice the copious amount of body roll the truck displayed while barreling into the turn. Presumably, this is the same prototype truck that Tesla debuted in Los Angeles less than three weeks ago and had been spotted driving elsewhere in the area wearing California manufacturer license plates. These tags permit the truck to be used for testing and transportation on State-owned highways, meaning that there is a possibility that the vehicle may lack suspension tuning or crucial components that are to be expected in the final production version of the Cybertruck.

Regardless, onlookers were happy to see the truck cruising around the city. While diners enjoyed their high-end meals, Tesla enjoyed some free advertising when valets parked the Cybertruck in front of Nobu so guests could take a peek at the vehicle's incredibly unusual styling. At one point, Hollywood actor Edward Norton was said to have been spied checking out the ride.

The Cybertruck was spotted again later that evening driving on the 405 Freeway, and a video capturing the moment was posted to YouTube claiming that the billionaire was still behind the wheel.