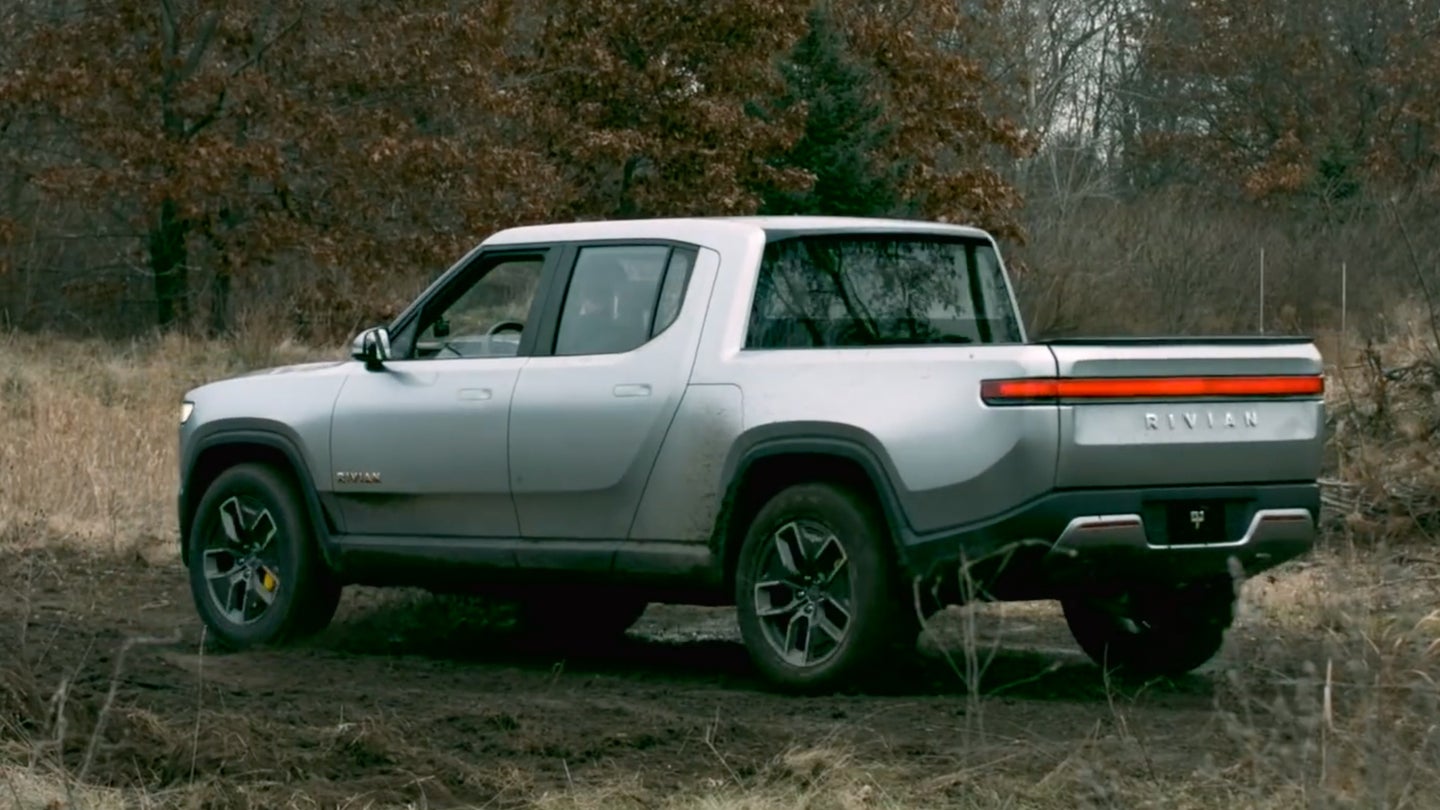 Electric automaker Rivian gave its future owners a great Christmas present with a short teaser of the company's upcoming R1T truck using a previously speculated on feature called "Tank Turn", which allows the all-electric truck to spin completely around without moving, a move once reserved for only military tanks, monster trucks, and commercial lawnmowers.

While the usefulness of spinning in circles may be debatable, the technology in place to make it happen is no joke. Like other electric vehicles, each wheel has its own independent drive motor and can act independently of one another. As such, this allows them to each be driven in a different direction, in tandem, or in the case of getting the truck spinning like a top, one side forward and one side reverse, i.e. like a tank.

We're still a little ways away from the production of Rivian’s first two vehicles, the R1T truck and R1S SUV, as neither will start in earnest until late 2020. That, however, doesn't mean the company is laying low as it's already generated major interest from some big players in the automotive and tech worlds, with Ford and Amazon investing hundreds of millions of dollars in the company, including Amazon's order for 100,000 electric delivery vans.

Rivian's also attracted the likes of actor Ewan McGregor and documentarian Charley Boorman who currently have two Rivian R1Ts in tow as they make their next motorcycling documentary traveling from Tierra del Fuego up the spine of South and North America. Though in what capacity is yet to be seen as Rivian is playing that role close to the vest.

As for a certain other electric vehicle manufacturer with the hopes of building a truck, Tesla founder Elon Musk has a hard time letting other EVs take any of his company’s limelight and we suspect Rivian's "Tank-Turn" feature will get a Tesla knockoff sometime soon. You ask for our reasoning? Well, after Porsche unveiled the Taycan EV with plenty of fanfare earlier this year, Musk sent a less-than-stock Model S sedan around the Nurburgring in the attempt to prove his cars can be just as fast. We're still waiting on the results, though.

It will be interesting to see how Tesla responds to seeing its competitor's less serious side, but it's clear that Rivian is showing up to play in the EV game with some serious hardware and a far more traditional design that has us giddy with anticipation to get behind the wheel.