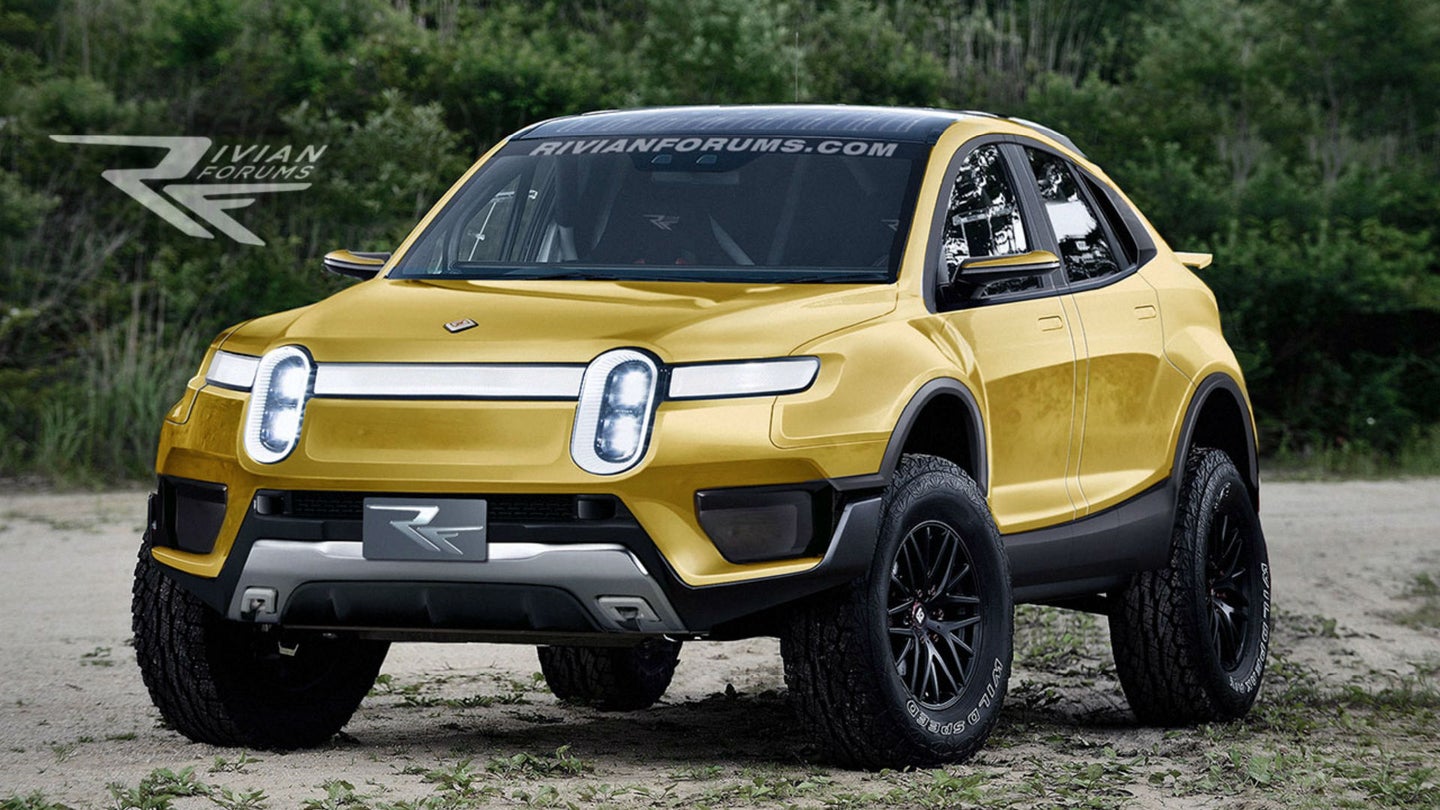 Electric vehicle startup Rivian promises big-time performance from its upcoming R1T and R1S models with a claimed 800-plus horsepower and approximately 825 pound-feet of torque in both applications. These massive numbers come courtesy of the brand's high-output battery pack which supplies power to a motor at each wheel, resulting in instant twist at all four corners. It's anticipated that, eventually, Rivian will introduce a third model that's even quicker, though it won't be a truck or SUV. Instead, according to company CEO and founder R.J. Scaringe, it'll be "the Rivian interpretation of a rally car with a lot of ground clearance.”

The folks at Rivian Forums rendered their own concept based on leaked photos of a supposed prototype that was spotted this February at the automaker's Michigan headquarters. You can see that the drawing rocks boxy fender flares, similar to that seen in the spy photos. It also has a sloped roofline and four doors, making this the sort of rally-raid machine we're used to seeing attack Dakar stages across the globe.

The concept is still decidedly a Rivian given its familiar front fascia and rear-end design. It also features side-view cameras in place of traditional mirrors like the R1T and R1S, and the rally car could presumably ride on the same "Skateboard" platform as its off-road brethren. In another nod to the company's innovative spirit, you'll spot a solar panel mounted to the car's back glass along with an active rear spoiler that would theoretically deploy at speed.

Take a closer look at the interior and you can see a full-fledged roll cage with racing seats. While this might not make it into the rumored production version, it'd be a must for any sort of motorsport-bound model.

Per an interview with British outlet Autocar, Scaringe revealed that the EV's performance will be "bananas" with expectations of beating the hefty R1T's impressive three-second zero-to-60 time. It likely wouldn't take any extra power since the car will presumably be lighter than the full-size adventure truck, and thanks to all-wheel-drive, it could perform at its peak on any terrain.

While this model is likely several years out given Rivian's pending production debut and commitments to companies like Amazon and Ford, we wouldn't put it past the automaker to build something as bonkers as this. Let's just hope that it comes sooner rather than later.