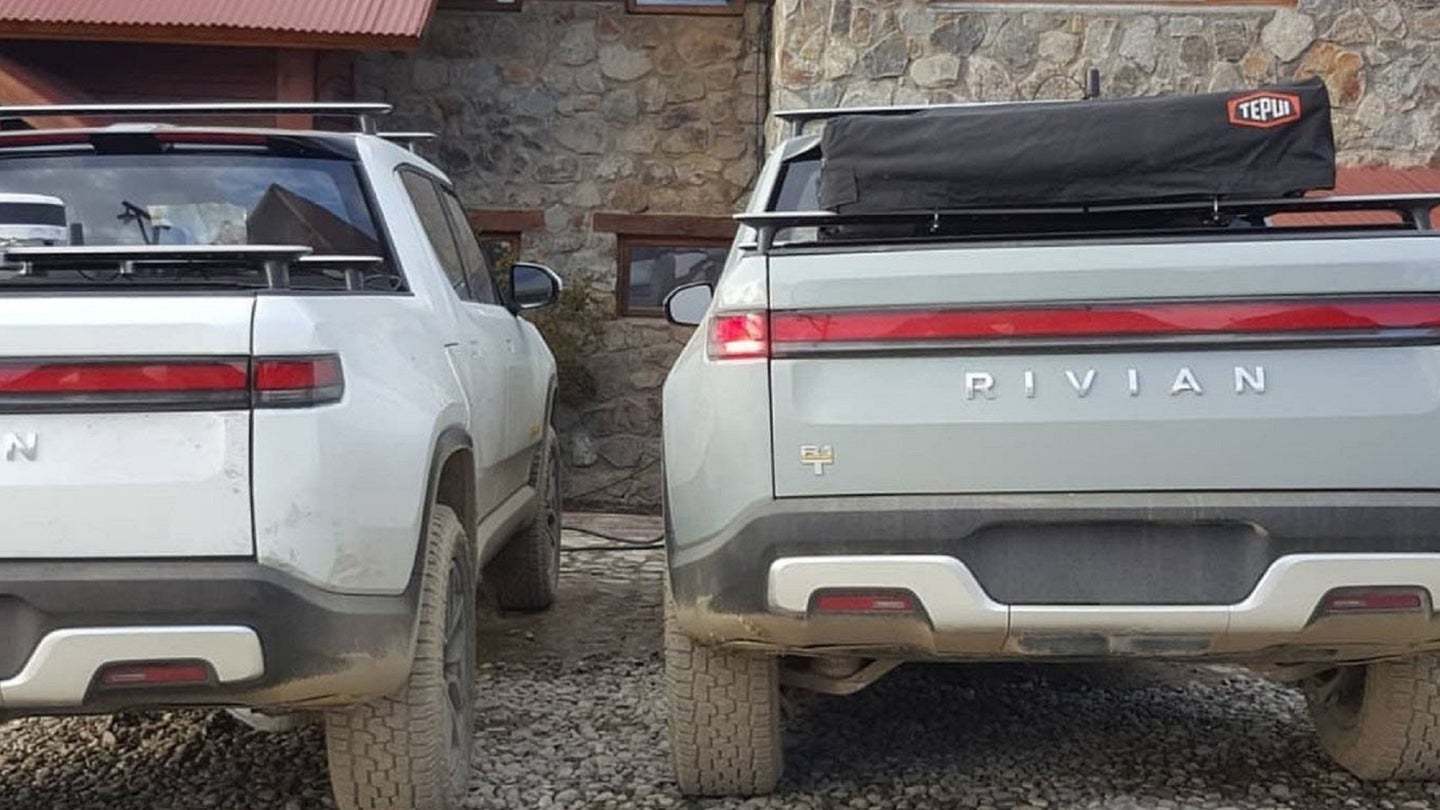 American automaker Rivian has promised to deliver its groundbreaking R1T electric pickup truck before the end of 2020, which leads us to believe that it's got plenty of testing to do ahead of revealing a production-ready vehicle. However, if these photos of R1Ts allegedly testing in Tierra del Fuego, Argentina mean anything, Rivian's testing program is well on its way.

The photos, seemingly taken at a high-altitude mountain resort, were posted to RivianForums.com on Saturday. Users quickly identified differences between the trucks depicted and Rivian's concept vehicles, suggesting these could be pre-production models. Only a handful of technical differences between the concepts and these vehicles have been identified, but most notably the tank-turning R1T's charging port has been moved from the passenger to the driver side.

Users note that these vehicles retain the R1T concept's all-terrain Pirelli Scorpion tires, and that both test mules feature a heavily redesigned rear end, losing the foldaway tow hooks (now allegedly seen on the front bumper), and trading out the concept's diffuser for a different design. Neither truck features the concept's separate three-quarter window in the rear doors, reducing the glass used to a single pane, likely to reduce costs. We imagine Rivian will make similar changes to its R1S SUV before it follows the R1T to market.

This occasion also marks the first time an R1T has been seen in white; all previous R1T concepts were painted silver or forest green.

Only a single photo of the R1T's interior—fitted in the never-before-seen Black Mountain color scheme—was taken. It largely matches that of the R1T concept, minus the panel of buttons between the seats, and a never-before-seen steering wheel, with buttons galore and a rounded airbag cover, as opposed to the concept's more angular cover. A Rivian spokesperson told The Drive that the interior and steering wheel depicted in this photo are not representative of final production spec, suggesting that the quadrangular airbag cover could be retained on series-produced R1Ts.

An Argentinian Instagram user photographed the white R1T separately, claiming that the pair of Rivians will tour the Americas on their way to Los Angeles, California, attempting an electric vehicle distance record in the process. When asked, Rivian's spokesperson offered no comment on the matter.