The Rivian R1T’s Onboard Power Supply Lit Up 20,000 Christmas Lights With a Single Outlet 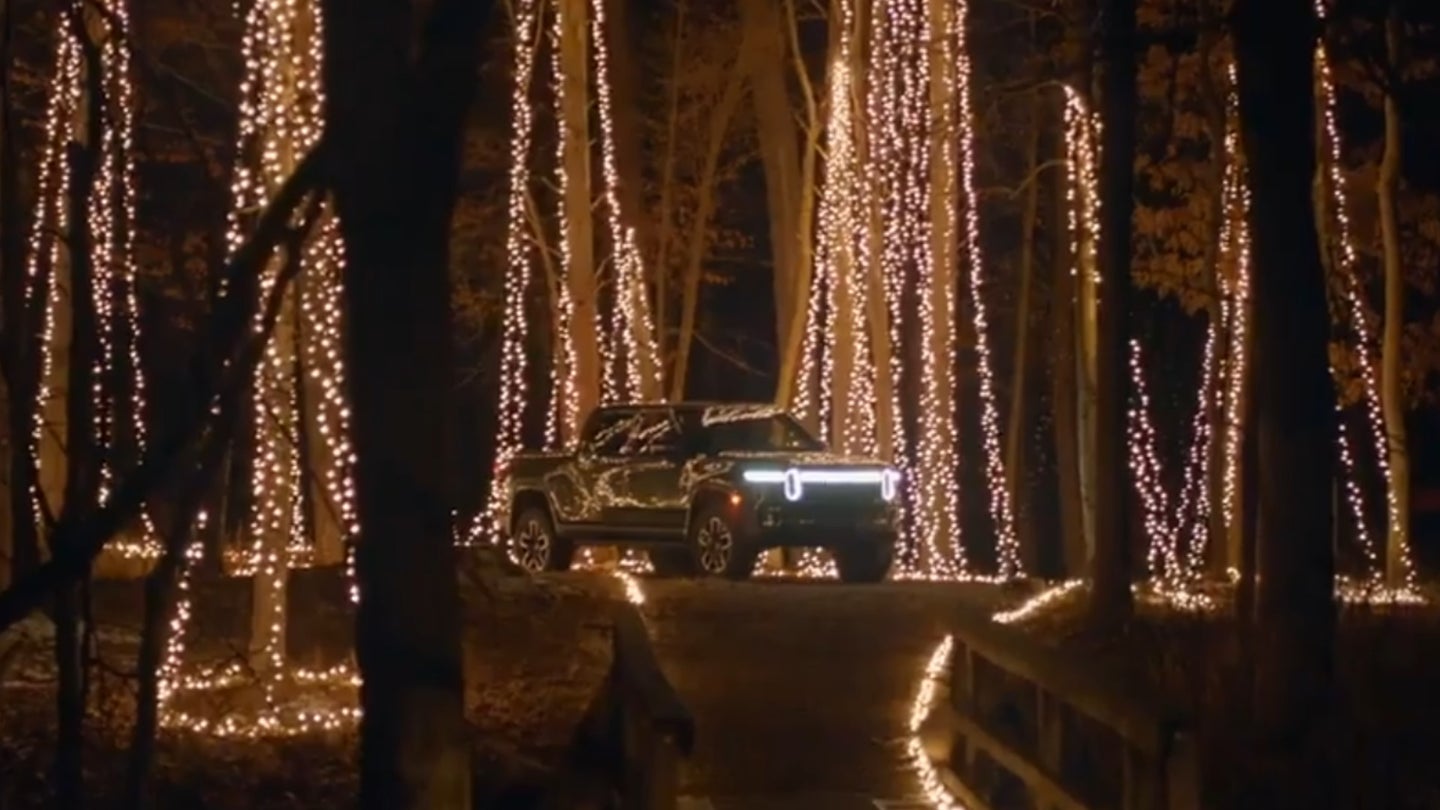 The holiday season is upon us, and even if the Christmas cheer is dampened a bit because of the pandemic, you can still set up as many lights as you want. Woohoo! That's Rivian's attitude, at least, because the automaker gave employees and their families a full-fledged light show with a little help from its electric R1T adventure truck.

Power outlets in pickups are commonplace now. Heck, you could run a whole kitchen with the power from a new Ford F-150 hybrid. However, Rivian's display of holiday cheer was made even more impressive by the fact that all 20,000 LED lights were plugged into a single bed-mounted outlet. Mobile generators—they're so nice.

The display was set up outside of the company's factory in Normal, Illinois, at the Timber Pointe Outdoor Center. Rivian's factory in Normal formerly belonged to Mitsubishi before January 2017, and it's made a cozy home for itself there. It's got to help the local economy, especially given the astronomical investments from Ford and Amazon to collaborate with Rivian right now and in the future.

R1T and R1S both have three cylindrical 12v outlets, while the R1T has four 110v outlets. The R1S has just two, on the other hand. Considering that the smallest battery pack you can get in a Rivian of any description is set to be 105 kilowatt-hours, that's plenty of juice for some outdoor fun. The largest packs in these trucks will also clock in at 180 kWh, which is way more than enough to power a few thousand Christmas lights, for instance.

In any case, Rivian's holiday display certainly brings a little cheer to a holiday season that's a little complicated, for sure. If this whole deal gets you excited, you can configure an R1T or R1S on the company's website, with deliveries for reservation holders beginning in the summer of 2021.