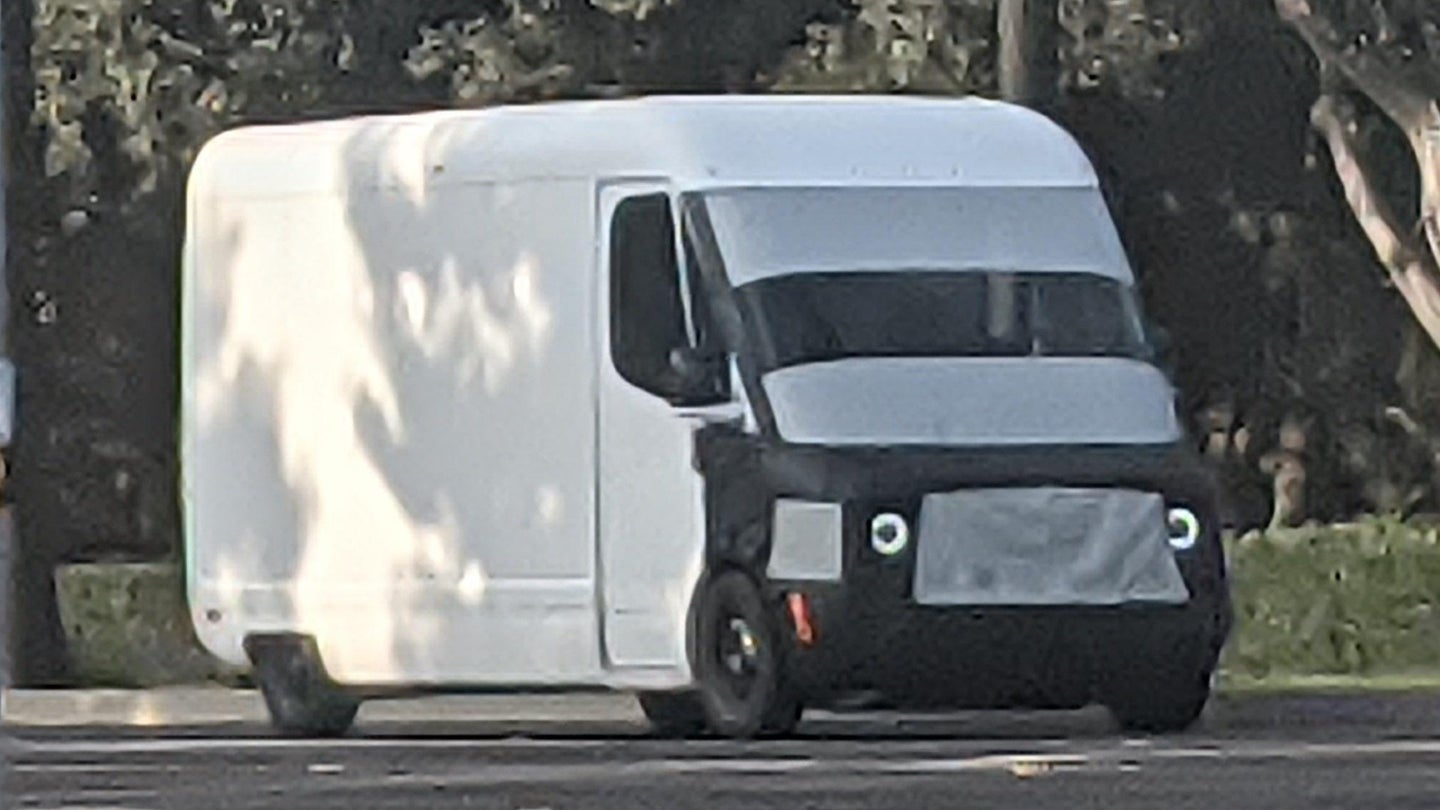 Amazon has dumped what seems like all of the money on the planet into EV startup Rivian, intending for the once-small company to build a massive fleet of electric delivery vans. We got our first look at the van in a preview released by Amazon a few weeks ago, but now we're beginning to see real tests of the vehicle taking place on public roads. One such test occurred over the weekend near Irvine, California, and a user on the Rivian Owners Forums—which should technically have no members, right?—snapped a couple of pictures of it.

It wasn't just cruising around by itself, either. The relatively low-slung, aerodynamic van was spotted alongside three R1Ts, the brand's long-anticipated electric pickup. The new photos don't reveal many details, but it's nice to see an actual prototype rolling around on the road.

While it's cool to see it in the flesh, we still know very little about the van. The Amazon-produced preview showed a modern interior with a touchscreen and other gadget-like features, but technical specifications like the van's cargo volume, range, and horsepower have yet to be released. The van's platform is said to be capable of supporting a battery as large as 180 kilowatt-hours; in Rivian's R1T and R1S, this means somewhere in the neighborhood of 400 miles of range.

Still, it's unclear what size(s) of battery Amazon will option its vans with. A smaller battery would be cheaper and more appropriate for urban areas, while larger batteries would be necessary for more rural deliveries. Most other fleet customers with known routes aren't likely to buy anything more than they need, as electric vans are a cost-saving measure to begin with. For this reason, Amazon could very well end up buying vans with several different battery sizes for different situations.

That's all speculation, but it doesn't seem far-fetched. Until Rivian spills the beans on its new van—with God-Emperor Bezos' approval, of course—all we'll be able to do is make educated guesses. At least we know it looks good on steelies.