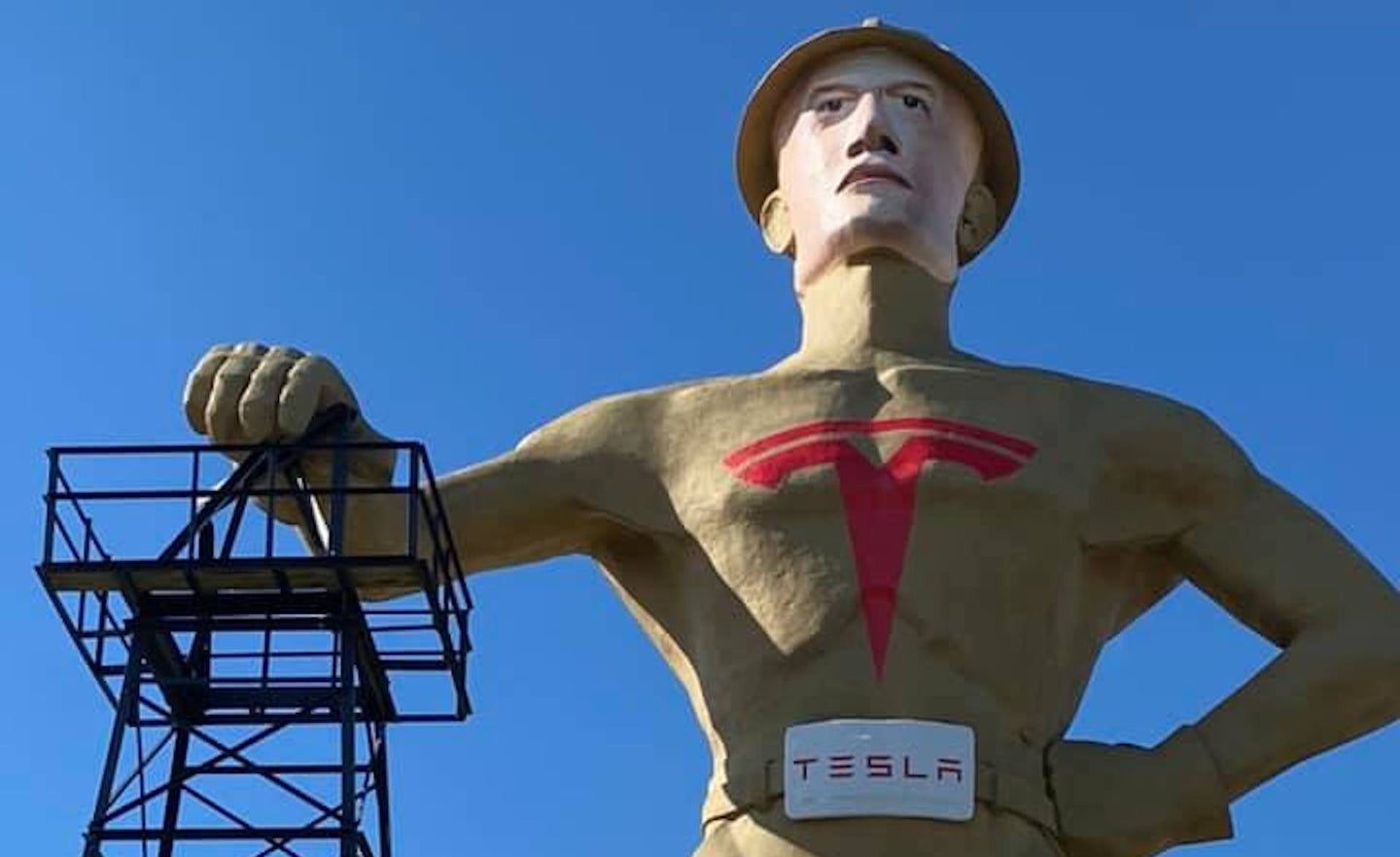 There's no bigger meme in 2020 than Elon Musk. There, it's been said, and now we can all accept it. What better way to capture the attention of a meme than with a meta meme? The fine folks of Tulsa, Oklahoma clearly understand how the internet works better than anyone else because their latest viral marketing campaign uses the hierarchy of internet hilarity to directly target Tesla, in what is perhaps the most inception-like meme we've seen to date.

On Wednesday, Tulsa's iconic shirtless Golden Driller statue was transformed to feature the likeness of Tesla CEO Elon Musk. A large red Tesla logo was added to the Driller's chest, his belt buckle outfitted in company lettering, and his face re-painted to appear much more Musk-like.

It's official: the fifth-tallest statue in the entire United States is now a gigantic Elon Musk—seriously.

The efforts to transform the Driller statue comes from two groups: Tesla Owners Club of Oklahoma and Tulsa for Tesla, both of which are using the opportunity to not only promote the Tesla brand but also to gain national attention in a bidding attempt for an all-new Tesla production facility.

It's worth noting that this isn't the first time Tulsa puts on a rodeo to attract the attention of Tesla. While it might be quite literally the biggest at 75 feet tall, smaller efforts like the website BigFuckingField.com have attempted to persuade the automaker into choosing Oklahoma for its new home by showing ill-fitting locations.

Musk announced earlier this month during Tesla's quarterly earnings call that the company was actively seeking out a new facility to produce its hotly anticipated Cybertruck for 2021 launch. It was soon rumored that Tesla had narrowed it down to two choices: Austin, Texas and Tulsa, Oklahoma. To double down, after entering a legal battle with the State of California over the reopening of its Fremont plant, Musk also threatened to completely pull out of California, making the bid for the next plant even more important to two cities (though he did specifically mention Texas at that time).

Musk has said that Tesla will potentially reveal its location for its next Gigafactory by the end of the year, meaning that there may be an opportunity for Austin to clap back at Tulsa. For now, you'll just have to live with the image of Musk's face atop a shirtless statue and watch an eerily silent convoy of Tesla sedans parade in support of Oklahoma.