Fiat Chrysler, Volkswagen Production in Europe Winds Down Amid Outbreak

Today on Speed Lines: How coronavirus continues to impact the transportation business. 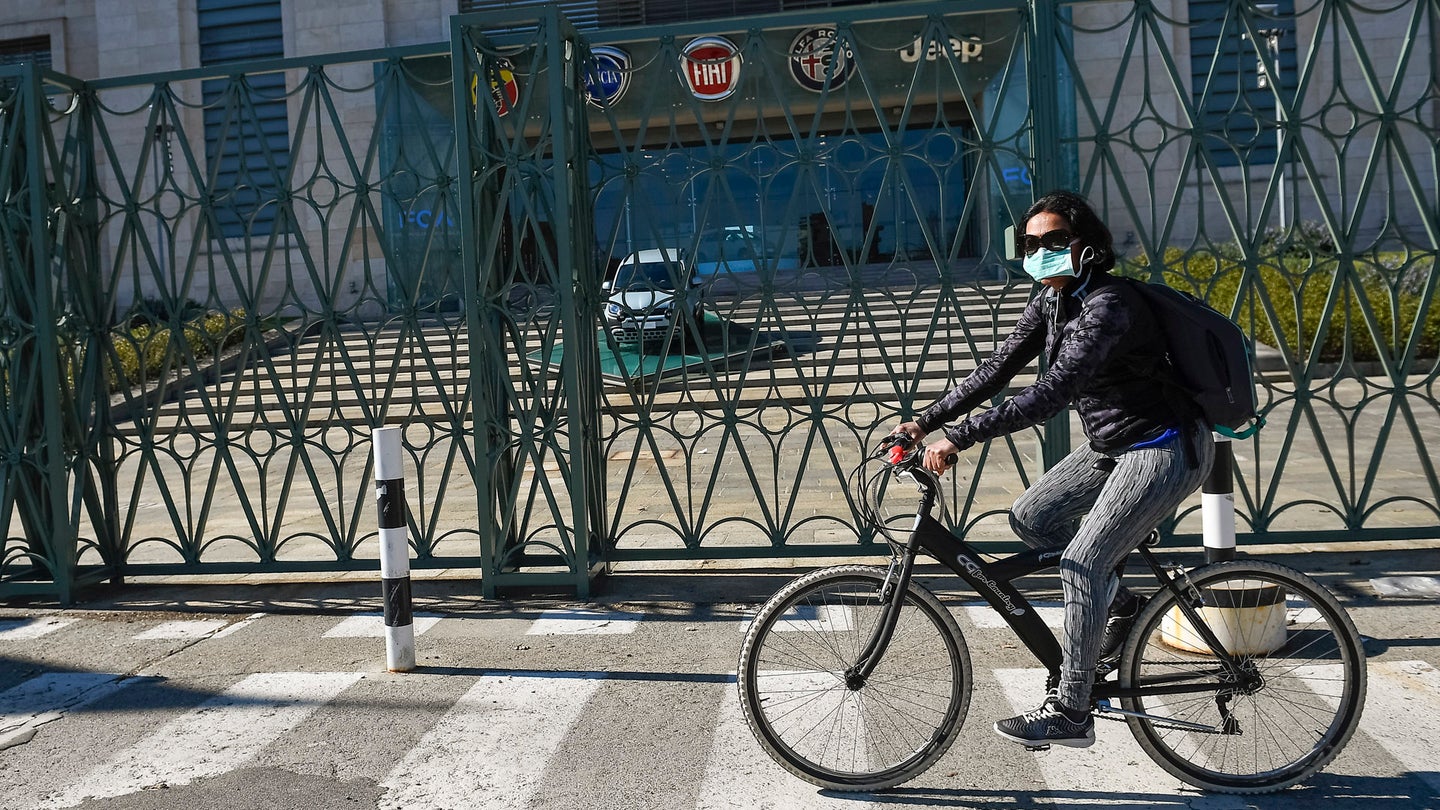 Welcome back to Speed Lines, The Drive's morning roundup of what matters in the world of how we get around. Today, and for the foreseeable future, that's likely to be dominated by one issue above all others. Let's dive right in.

The coronavirus epidemic has put the world on hold in a way that we've never really quite seen in modern times. As of this writing, we're probably seeing the worst effects of the virus in Italy, other parts of Europe and Iran, though many experts warn the U.S. is trending closer to what those countries are experiencing than what we've seen in Asia recently.

At any rate, the European automotive industry is bracing for a big hit as entire countries go on lockdown, financial markets tumble, local businesses close up shop and countless people wonder how they're going to pay their bills. Fiat Chrysler will shut down almost all car production in Europe for at least the next two weeks, reports the Wall Street Journal:

The carmaker said it would close six Italian factories that assemble Fiat, Jeep, Maserati and Alfa Romeo branded vehicles. The company is also shutting down a factory in Poland and one in Serbia that make Fiats. The company, which has about 65,000 employees in Europe, didn’t say how many workers would be staying home due to the closures.

Like all companies in Italy, and in many other parts of Europe, Fiat Chrysler has most of its office-based employees already working from home. The factory workers forced to miss work due to the closings will get most of their salary through a largely government-funded scheme for companies in difficulty.

Fiat Chrysler last month temporarily halted production in its Serbian factory because it couldn’t get parts from China. The factory closings announced Monday aren’t linked to an inability to get parts, according to a person familiar with the situation. It is keeping open some smaller factories in Italy that make motors and other parts because in those plants it is easier to make adjustments to respect the minimum-distance requirement.

This move has less to do with parts supplies from China or anything like that. It's about collapsing demand for new cars as people across Europe are ordered to stay in lockdown.

And Volkswagen, the world's largest automaker, is beginning to wind down production in certain areas as well, particularly those hardest hit by the virus, like Italy. Here's Bloomberg:

The world’s largest automaker said that impacts from production stops, including in Spain and at its Lamborghini site in Italy, are starting to ripple out to plants including its U.S. factory in Chattanooga, Tennessee. Earlier Monday, Fiat Chrysler said its Italian unit and the Maserati brand would suspend production in Europe.

European countries including Germany have tightened border controls to stop the spread of the coronavirus, though they’ve so far allowed goods to traverse freely. Governments across Europe have restricted internal movements, while many workers are staying home, slowing the pace of output.

Speaking of Volkswagen, its Chattanooga factory here in the U.S. will close for one day for deep cleaning and so workers can make arrangements for child care during a two-week school shutdown in the area. For now, it remains open, as do many other auto plants in the U.S. I think we're likely to see that change in the next seven to 10 days.

While auto plants haven't yet shut down in the U.S., white-collar employees at the Big 2.5 have been ordered to work from home. For now, that edict doesn't affect the hourly workers at the auto plants, who are still diligently turning out new cars and trucks and probably will be until the very last minute.

So what protections will be in place for those people? As The Detroit Free Press reports, the United Auto Workers union and the automakers have formed a task force (as a side note, I hate the term "task force," but that's neither here nor there right now) to jointly craft some new safety rules and provide updates to workers. From that story:

The coronavirus is “a fluid and unprecedented situation," the automakers said. So the task force will act quickly to build on the preventive measures already in place, they said.

The companies and the UAW are coordinating to prevent the spread of coronavirus by doing the following, they said.

The joint task force’s areas of focus will include:

As the joint task force identifies enhancements, each company and the UAW will provide regular updates to the workers, a statement said.

Airlines Take A Beating Too

Long after this outbreak is "over," whatever means, we'll be dealing with the long-lasting economic fallout from this disaster. Take the airline companies, for example. Nearly all of them are grounding airplanes, slashing service well into early summer and cutting executive pay. Delta is instituting the biggest flight capacity cut in its history, more so than even after the Sept. 11 terrorist attacks in 2001. American Airlines is suspending 75 percent of its international long-haul flights.

And United Airlines told its employees this weekend that they can all but expect layoffs soon. From Business Insider:

United Airlines is planning to reduce its flying capacity by around half in April and May, with CEO Oscar Munoz and President Scott Kirby telling employees in a letter to expect the ripple effect of COVID-19 to be felt into the summer season.

Though typically March is a busy month for the airline, the duo said that over one million fewer passengers boarded United aircraft in March 2020 compared to the year prior with a projected year-on-year revenue loss of $1.5 billion.

The end of March also represents the start of the summer season for airlines, though United doesn't expect it will make any difference with demand only expected to decrease. While the season is typically peak for airlines as travel tends to spike as consumers head abroad or to leisure destinations across the country, United is expecting factors of 20-30% on its aircraft in the next two months, with the possibility of those extremely light loads continuing into the summer months.

Forget cars for a second. I don't think I'm alone in wondering how the airline companies will survive this epidemic.

As price of oil plummets, Texas dealers are on alert (Automotive News)

How Will Sports Recover From This Hiatus? (NY Times)

COVID-19: New York Will Be The Next Italy, But Doesn’t Have to Be (Medium)

Is it just a matter of time before America's auto plants close completely? Or will we somehow manage to dodge a bullet?

The Upcoming 2021 VW Golf GTI Has Lights in Its Grille, and it Rules