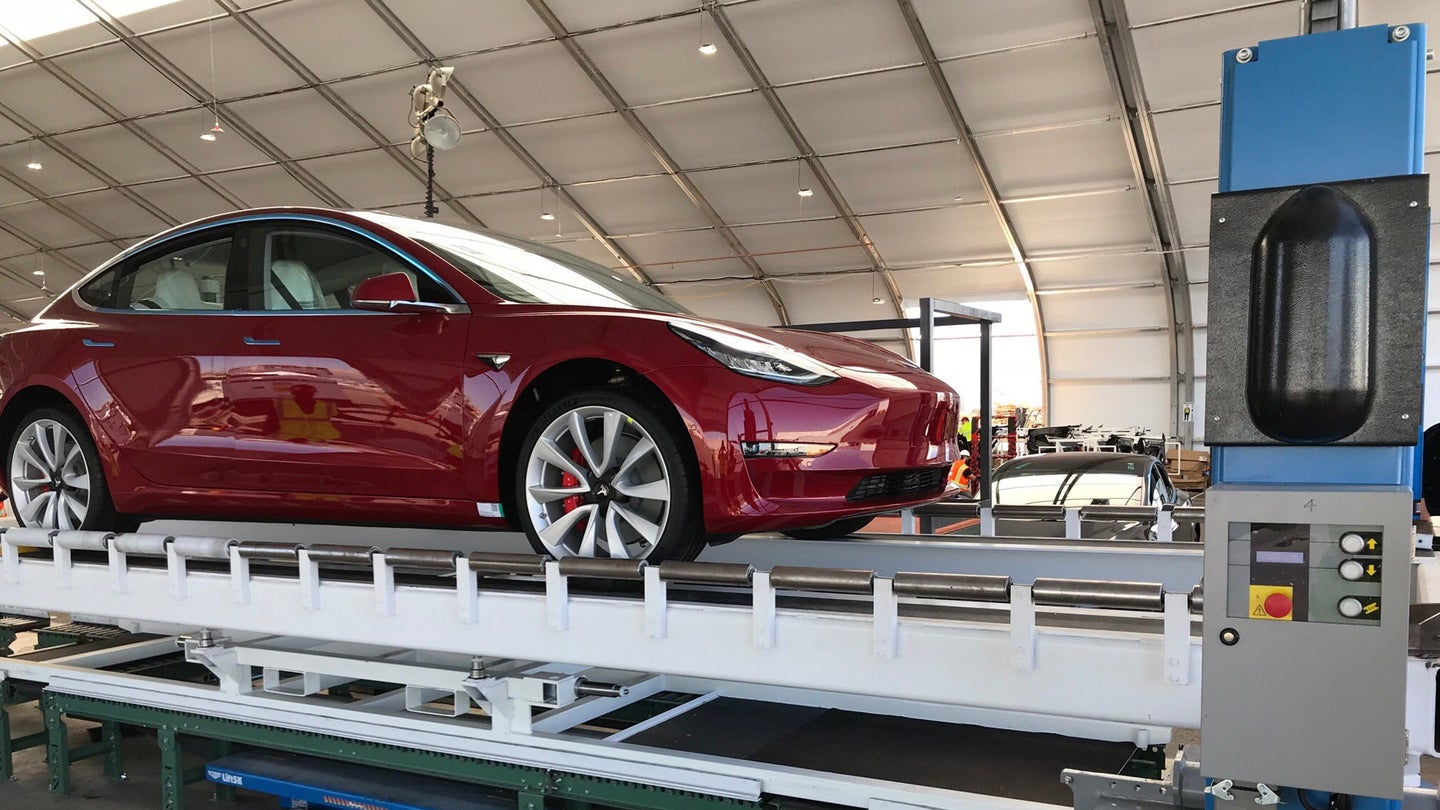 Investigators from the Environmental Protection Agency have joined the Bay Area Air Quality Management District in assessing Tesla's Clean Air Act compliance at its Fremont, California plant, The Drive has learned. EPA investigators have performed off-site partial compliance evaluations for the Fremont facility twice since last December, suggesting that the Title V permit compliance issues that Tesla recently downplayed in a public statement have attracted interest beyond the local regulator which is currently negotiating penalties for 19 notices of violation.

According to records in the detailed facility report maintained in the EPA's ECHO database, EPA investigators lead off-site partial compliance evaluations of Tesla's factory on December 18, 2018 and again on April 4, 2019. When contacted for comment, the EPA declined to elaborate on the specifics of its activities at the Tesla factory, citing an agency policy of not commenting on "potential or ongoing enforcement activity." An EPA spokesperson did provide the following brief statement on its compliance evaluation process:

Separately, a BAAQMD spokesperson tells The Drive that "Air District staff accompanied EPA on their inspection of Tesla and also conducted separate inspections to determine compliance with Air District regulations," but that "the Air District did not request the joint inspection." Though it is not yet clear why exactly the EPA decided to hold inspections absent a request by the local management district, the pair of compliance evaluations in such a short timeframe stands out as a unique occurrence in the historical records for this facility.

Two compliance evaluations in under six months also stands out in the broader context of reduced EPA enforcement actions in recent years, in particular evaluations and inspections which declined from about 15,000 in 2015 to about 10,000 in 2019 [PDF]. One of the agency's explanations for the recent decline in EPA enforcement actions is that it has pushed more enforcement responsibility onto local agencies as part of an effort to foster "cooperative federalism" in environmental compliance [PDF].  According to that strategic initiative,

"Examples of the types of situations that could warrant EPA involvement in individual inspections and enforcement following close communication and involvement of upper management of both agencies include, but are not limited to:

a) Program audits indicate a need for the EPA to fill a gap until the State program deficiency is addressed.

b) Emergency situations or, situations where there is significant risk to public health and the environment.

c) Significant noncompliance that the State has not timely or appropriately addressed.

f) Actions to consistently address widespread noncompliance problems in a sector/program (such as the National Enforcement Initiatives 2), to address companies with facilities in multiple States,or where there are cross-boundary impacts affecting other States, tribes, or nations.

h) Responses to State requests for assistance in a specific situation, or broader work-sharing arrangements in which the EPA takes the lead in particular sub-programs, sectors, or geographic areas.

i) Serious violations that need to be investigated and addressed by the EPA 's criminal enforcement program."

The Drive's reporting suggests  that Tesla's Clean Air Act compliance challenges are related to repeated modifications of its paint shop as well as the unpermitted construction of a new general assembly line in a temporary structure, following the failure of CEO Elon Musk's ambitious, highly-automated general assembly lines. Last year, Tesla paid BAAQMD $139,500 in penalties [PDF] over a far more limited series of violations taking place between 2013 and 2016. On April 17 of this year Tesla has made its first-ever request for a permit variance before BAAQMD's hearing board, suggesting that the increased local and federal attention has already begun to change its attitude toward Clean Air Act Title V permit compliance.

A BAAQMD spokesperson tells The Drive that it "is working to ensure Tesla’s permit accurately reflects their operations and complies with all air quality regulations," and that it "continues to inspect, monitor, and review all operations at the Fremont facility to ensure compliance with all regulations." Tesla did not immediately return a request for comment.