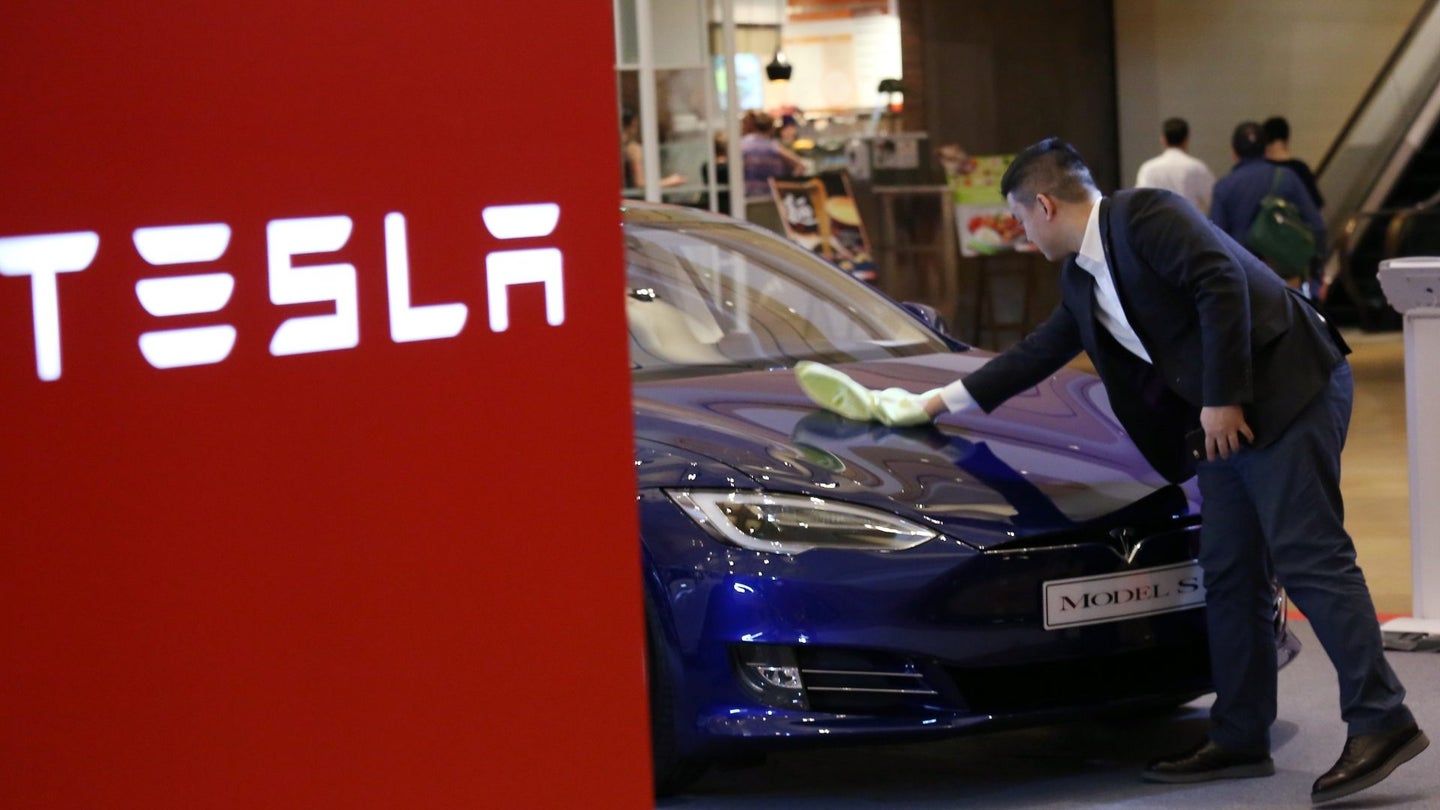 After investigating the cause of a parked Tesla fire in Shanghai, the electric car maker has released an over-the-air (OTA) update that supposedly tweaks the way its cars charge and manage heat.

In late April, a pre-facelift Tesla Model S parked in an enclosed lot in Shanghai spontaneously started smoking before dramatically bursting into flames. According to a Reuters report citing a Friday post on the automaker's official Weibo account, Tesla found no system defects after conducting an investigation into the car's battery, software, manufacturing details, and history. It did, however, say that the fire was caused by "a single battery module located at the front of the vehicle." In Teslas, a battery module is a group of battery cells supplied by Panasonic.

In order to "help further protect the battery and improve battery longevity," Tesla has issued an OTA software update to the Model S and Model X that allegedly revises charge and thermal management settings. We've reached out to Tesla for more details into what that actually means and will update this story when we hear back.

The EV maker also made sure to point out that its cars are approximately 10 times less likely to catch fire than an internal combustion vehicle.

By our own count, at least eight Teslas have randomly burned down while parked including one in a San Francisco garage early last month. When probed over what's causing the electric cars to flare up, Tesla previously told The Drive, "We currently have well over half a million vehicles on the road, which is more than double the number that we had at the beginning of last year, and Tesla's team of experts uses that data to thoroughly investigate incidents that occur and understand the root cause. Based on our research, we know that there are many external factors that can cause a fire to occur, including building fires, vehicle damage, improper maintenance by unauthorized mechanics, aftermarket modifications and improper vehicle charging."

The company added, "Fire incidents involving Tesla vehicles are already extremely rare and our cars are significantly less likely to experience a fire than a gas car, however, we believe the right number of incidents to aspire to is zero."

How I Learned To Stop Worrying And Buy A Tesla

A seemingly crazy choice becomes the only choice.