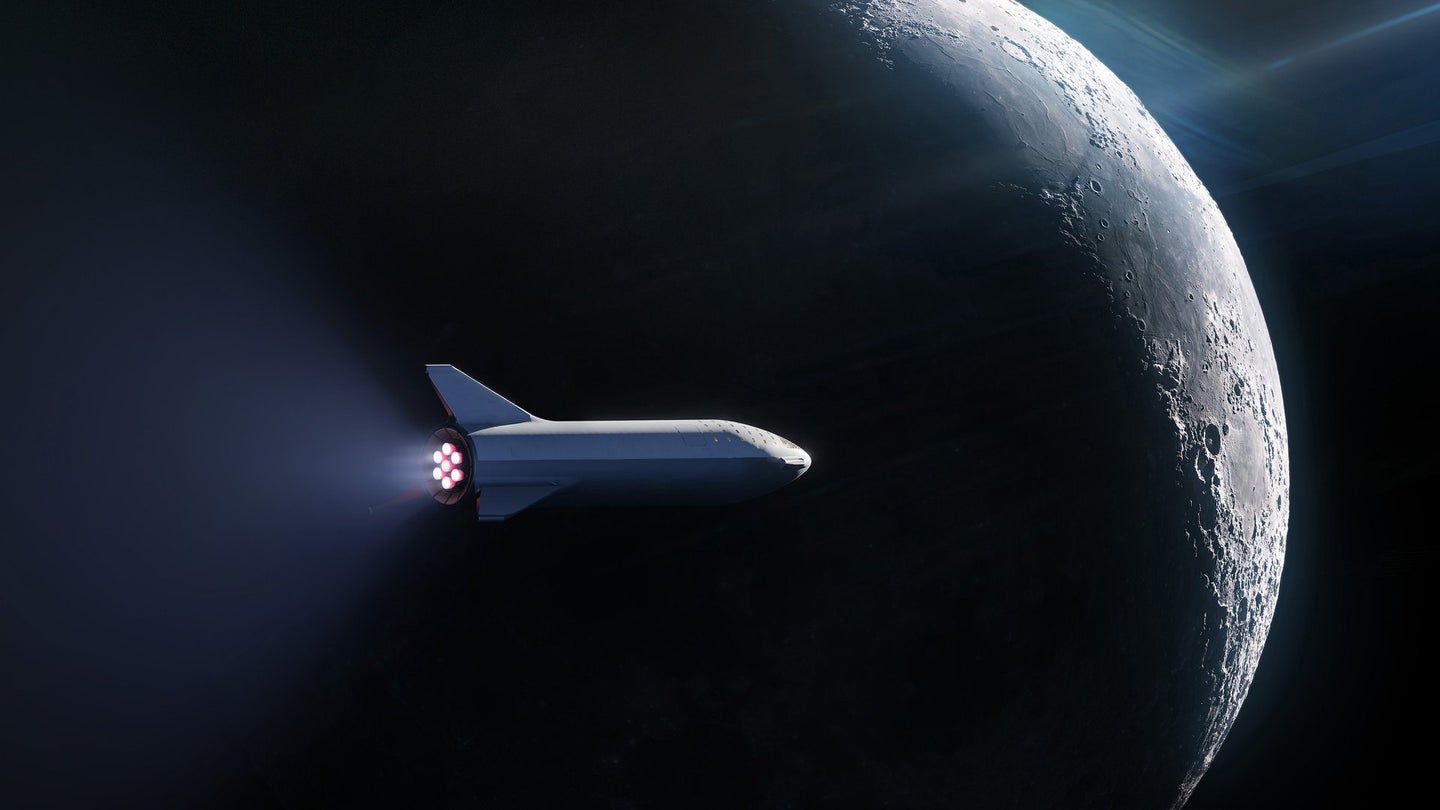 Modern America's Rocket Man, Elon Musk, is further securing his place history by sending an ordinary man to space. SpaceX announced late Thursday evening that it had penned its first ever private passenger to fly around the moon in its new Big Falcon Rocket (BFR).

In typical Musk & Co. fashion, there is a secret which accompanies the news: SpaceX will hold the identity of its passenger from the public until Monday, Sept. 17. When asked if Musk would be the person aboard the flight, he responded simply by posting an emoji of a Japanese flag. Assuming no other flights beat SpaceX to its goal and the person aboard isn't a repeat flyer (which has happened only once), the individual aboard SpaceX's first private flight will be the eighth-ever space tourist to leave the Earth's exosphere.

In the company's Tweet, a render of the newest BFR rocket is shown traveling through space, showcasing a future where corporations lift-off into the unknown much like the state-sponsored astronauts of yesteryear. In fact, SpaceX isn't the only company with their aim set high into the sky. Fellow billionaire Richard Branson had caught the space race bug long ago when he founded Virgin Galactic in 2004, only two short years after Musk officiated his Space Exploration Technologies Corp (SpaceX). Upping the ante is Amazon founder Jeff Bezos' eldest aerospace company, Blue Origin, which turned 18 years old last week.

Earlier this month, SpaceX completed its 16th mission of the year by launching a satellite into orbit for Telstar Communications. Additionally, Musk's company also has contracts in place with NASA for crewed transport missions to the International Space Station. These actions have led SpaceX to become the third most valuable venture-backed startup in the entire United States, bested only by Airbnb and Uber.