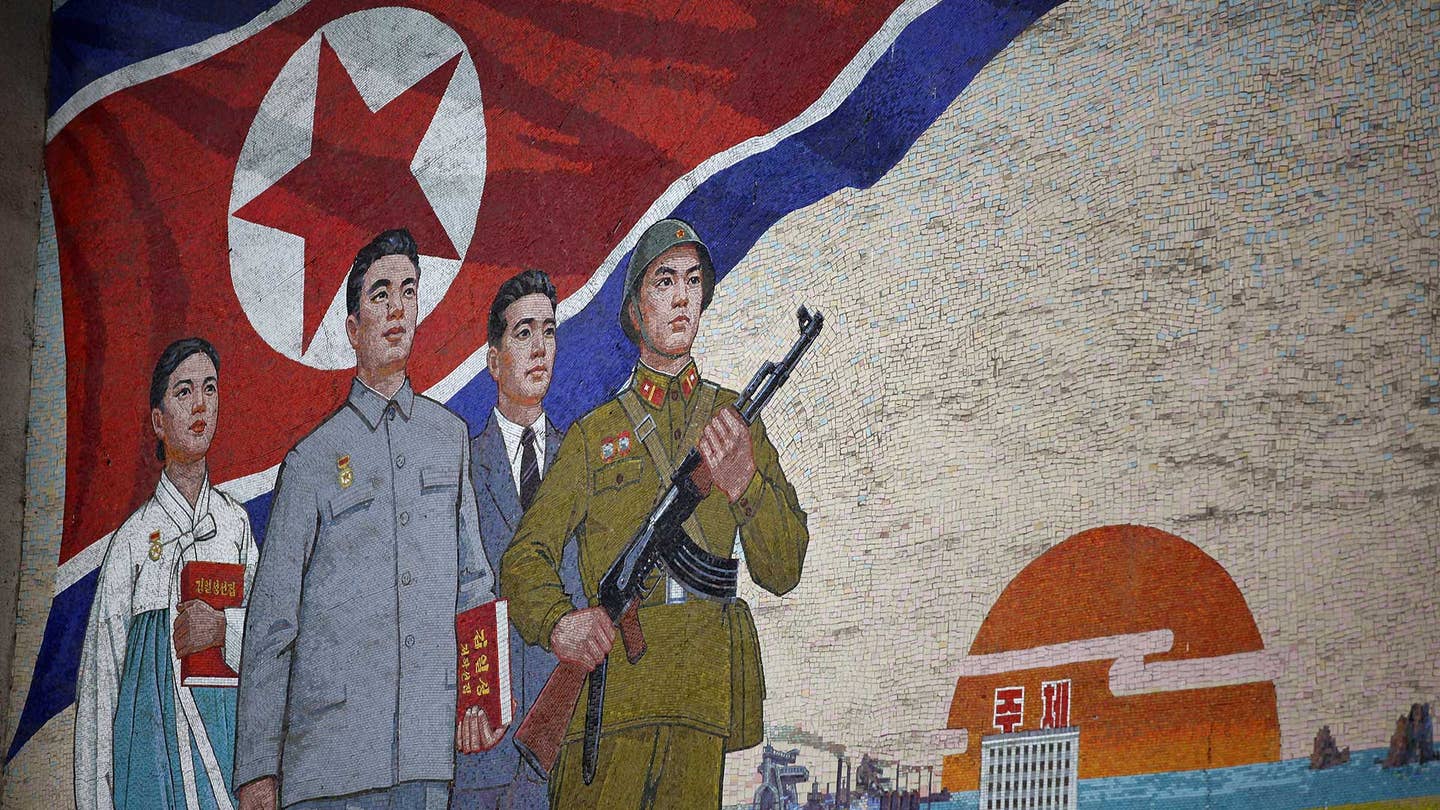 North Korea has the bomb. We know this because seismometers all over Asia perk up when the earth rattles west of Punggye-ri and the concentration camp at Hwasong, where the DPRK has been testing nuclear weapons since 2006. We also know that, thanks to some duplicity and lax enforcement of regulations, big American-designed industrial engines, made by a Sino-American company, power the massive 16-wheeled trucks that will transport Kim Jong-un’s nuclear-tipped missile arsenal.

The Wanshan Special Vehicle Company WS51200 is a monster. A self-powered tractor designed from the outset to transport, and then erect massive intercontinental ballistic missiles. It’s a 66-foot-long beast that should send a shiver through anyone with memories of the cold war and Soviet parades across Red Square. Like most Chinese transporters, it’s bones are Russian. Unlike its ancestors, though, the WS51200 is powered by a 700-horsepower Cummins turbo-diesel engine.

Thanks to the extraordinary research of a team from the Monterey Institute of International Studies and the fascinating blog 38north.org, we have some idea of how this behemoth dodged China’s strict export restrictions and made the trip to North Korea.

As is often the case with military hardware, Wanshan Special Vehicle Company has sought civilian uses for their trucks. In this case, that means marketing the WS51200 as a lumber hauler. With 12-wheel-drive and some off-road ability, the rig could doubtless utilize it’s 88-ton payload to lug away a forest worth of trees in one load. It’s in this civilian configuration that North Korea acquired eight examples of the WS51200—and its American-designed engines.

You can find Cummins K19 series engines powering everything from tractors and ferries to mining equipment. In China, the K19 is manufactured by a Sino-American joint venture called Chongqing Cummins. The 30-year-old design is widely available. And it’s a terrific brute of an engine, a six-cylinder displacing 19 liters and making impressive power. Perfect for China’s ever growing industrial sector. Or surreptitiously hauling Kim Jong-un’s nuclear arsenal.

According to 38north, the WS51200s arrived in North Korea circa 2011. The Chinese claim Wanshan Special Vehicle Company delivered the trucks, still in their civilian configuration, to North Korea’s Ministry of Forestry. The vehicle’s next appearance was much more ominous. Painted in olive drab and cast as extras in a North Korean propaganda film featuring Kim Jong-il, the WS51200s had transformed into TELs, Transport Erector Launch systems. The grainy footage showed the Chinese prime movers saddled with ballistic missiles and hydraulic rams, all modeled on the old Russian hardware that so terrified Americans during the cold war.

The WS51200’s were last seen at a North Korean military parade armed with KN-08 missiles, an untested multi-stage ICBM estimated to have enough range to strike Japan. Perhaps further. Combined with nuclear tests, the existence of weaponized WS51200’s has ratcheted up tension on the Korean peninsula and in the US, prompting comments from the highest levels of government. Kim Jong-un’s steady march toward a nuclear arsenal is only more chilling knowing that a trusty American engine is moving his wheels of war.