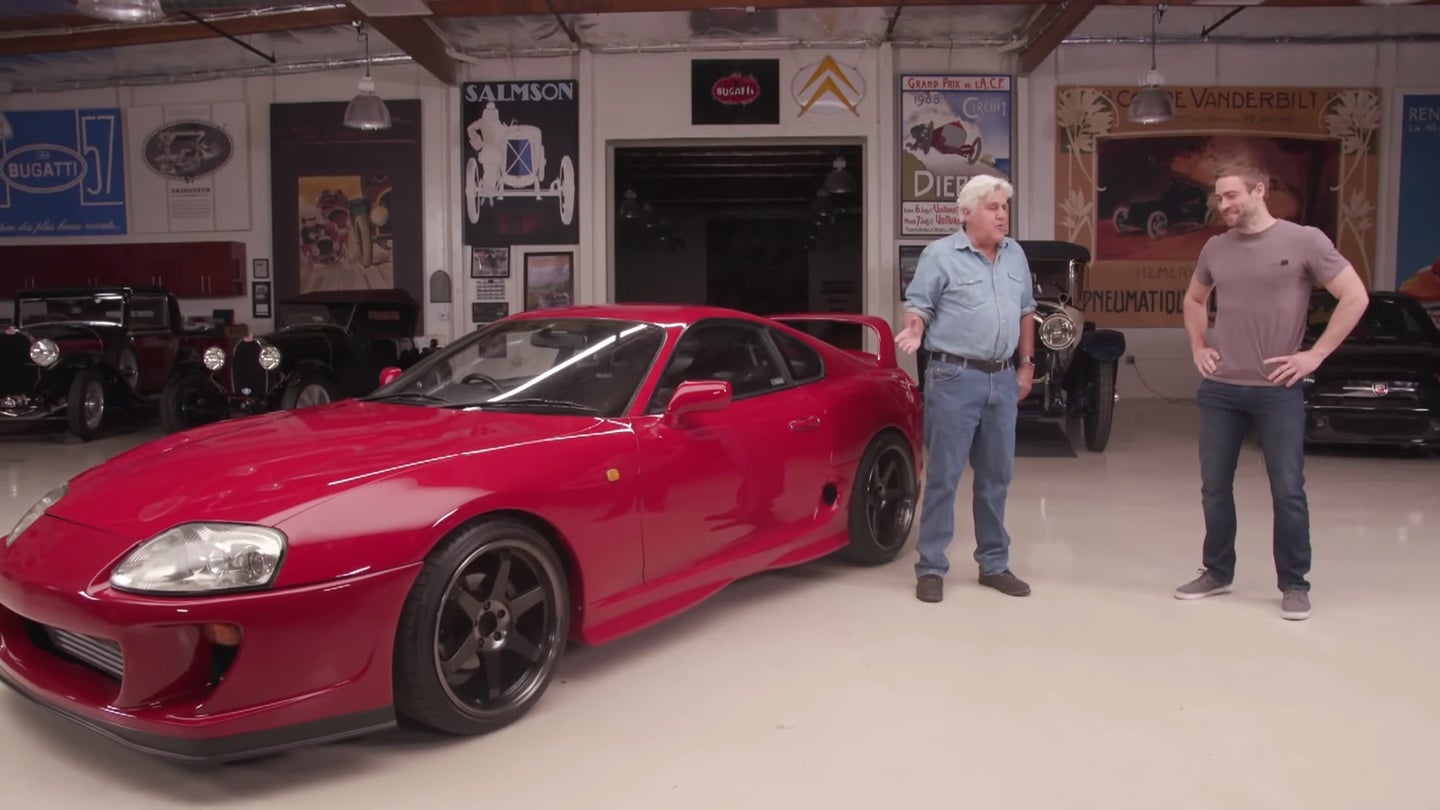 Jay Leno recently brought Cody Walker, brother of the late Fast & Furious star Paul Walker, down to his garage to have a chat and go for a ride in a 1993 Toyota Supra Turbo. During the almost 30 minute video, Jay and Cody chat about their experiences with cars, memories of Paul, and an upcoming charity event held by the surviving Walker brothers.

The particular Supra used for the video was a JDM example that had just recently become legal for U.S. import. While this car was no 1,000 horsepower monster, it did have some visible upgrades including a body kit, Recaro seats, a large front-mount intercooler, and aftermarket wheels. This Supra also retains the factory 2JZ sequential turbochargers, a feature that many tuners scrap in favor of a larger single turbo. The Supra is significant in its similarities to an all-white 1993 model that was owned by Paul, and was featured at the very end of Furious 7.

During the drive, Cody shares some stories about watching his 15 years elder brother get into acting. Leno remarks that Paul had always appeared very down to Earth during his appearances on The Tonight Show, and that his acting gig just seemed like a means to collect cars and go surfing. Halfway through the interview, the conversation naturally turns to cars, and Cody goes on about the virtues of minivans, saying that he has "an affinity for cars that are honest" in a world of crossovers trying to be everything at once.

Walker also promoted an upcoming event, "In Memory of Paul," that has been set up by him and his brother Caleb. The car show and meetup will be held on May 20 in Santa Clarita, California, and all proceeds will go to Reach Out WorldWide. The non-profit was started by Paul with a mission to aid in disaster relief efforts across the world. Tickets can be bought for a pre-sale discount at the event's website.