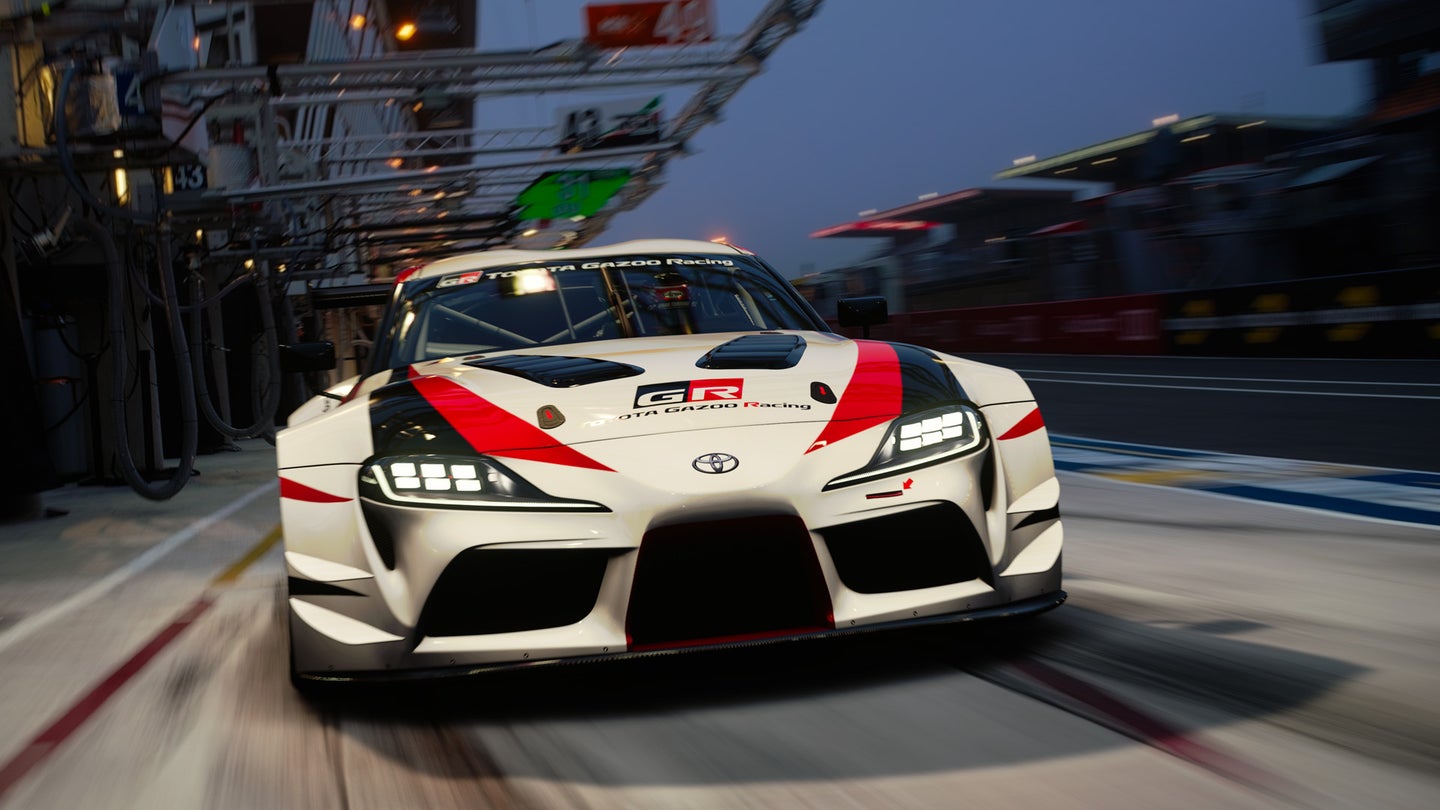 While the production-ready Toyota Supra is still almost a year away, you can now take the GR Racing Concept version for a spin...in Gran Turismo Sport. Yes, as promised when the car was revealed in Geneva last month, the next-generation Supra's race car twin is now playable in PlayStation's flagship racing game. Should tide hardcore Supra fans over until the real car gets its debut sometime early 2019.

Not much is known about the upcoming production car just yet but previous leaks have pegged it to get 335 horsepower out of its BMW-sourced, 3.0-liter straight-six and weigh in at 3,284 pounds.

The virtual Supra was released as part of the game's monthly update, an update that also included a number of gameplay extras. Three new singleplayer events have been added: the French cars-only "Compétition de France," a new "Gr. B Rallycross" league, and a fresh "Vision Gran Turismo Trophy" that pits the game's fantasy cars against each other.

A new layout for the game's "Dragon Trail" fantasy track is now available along with additional Scapes photo mode locales from Hawaii and BMW's headquarters in Munich. Last month's new track, Tsukuba, now gets its own Circuit Experience mode, a mode which GT Sport gamers will tell you is a decent way to gain credits (as well as, y'know, learn Tsukuba).

As with past GT Sport updates, all of this downloadable content comes at the price of free. The game is available now on PlayStation 4.

Highlights include the E30 BMW M3 and Ford GT40.