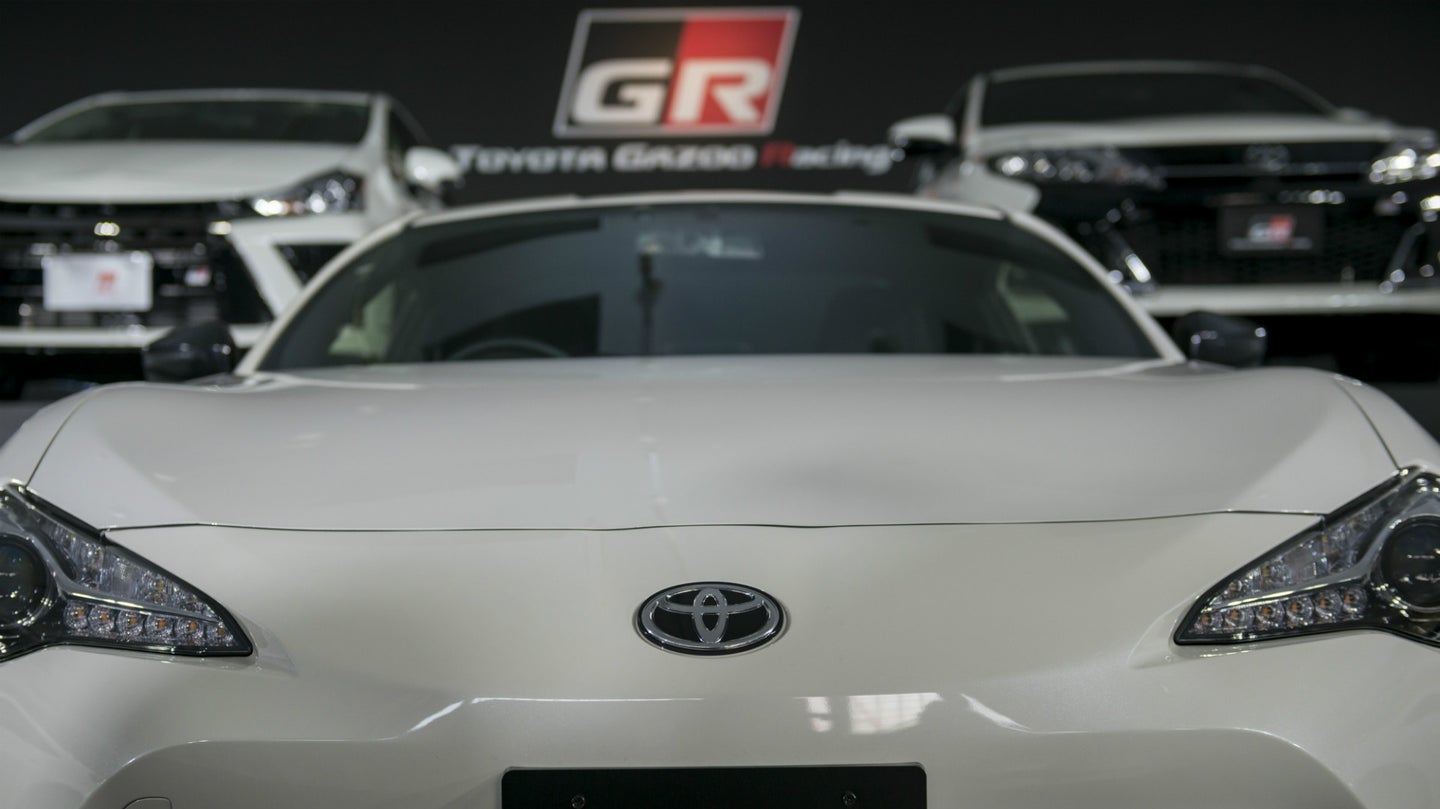 "In its next phase, we will get a designated sports car platform and eventually—finally—we want to introduce a pure, genuine sports car, which can compete against top-class world competitors," said Toyota Senior Managing Officer Shigeki Tomoyama regarding the GR's rollout plans. This new platform could be a part of Toyota's intention to revive its three-tier sports car lineup, which it refers to as the "three brothers," and at its height during the 1980s and 1990s, included the Celica, MR2, and Supra.

We already know the new Supra is coming. The writing been on the wall since the unveiling of Toyota's FT-1 concept back in 2014, and sightings of a somewhat FT-1 shaped coupe at the Nurburgring have only served to confirm or suspicions. We're pretty sure of a number of powertrain details, such as the option of a four-cylinder engine, and all reliable sources so far point to it being automatic-only—maybe even a hybrid.

One of the other spots in the "three brothers" format is already occupied by the superb 86, which leaves but one spot left, assuming Toyota sticks to a self-imposed limit of three sports cars. At present, there are three feasible candidates for the third spot: the S-FR, the MR2, and the Celica.

The S-FR was a concept car unveiled at the 2015 Tokyo Motor Show, and took the form of a minute roadster, which one would assume to be a Mazda Miata competitor. Since then, however, Toyota has done little to acknowledge the S-FR, leading us to believe that the project was dropped for two big reasons: the difficulty of beating Mazda in what is arguably their strongest market segment, and its polarizing styling.

The possibility of MR2's return is tentatively promising. In an interview with Evo in March, Tetsuya Tada of Gazoo Racing admitted to having an interest in reviving the MR2, and even toyed with the idea of hybridizing the next MR2.

"When it comes to installing batteries, the mid-ship layout is an attractive one," said Tada to Evo, "We hope to come out with such a model one day."

As a whole, however, Tada's, and by extension, Toyota's, stance on a fourth generation of MR2 was one of interest, but is ultimately noncommittal.

What of the Celica, then? Going out of production in early 2006, the Celica has now been dead for over a decade, and spent a short time coexisting with the Scion tC, which some consider the Celica's spiritual successor. With the tC out of production as of 2016, it was starting to look like the Celica's lineage had come to an end, but a fresh trademark application on the "Celica" name by Toyota seems to have rekindled hopes for a return of the sport coupe. Where the new Celica would be inserted in the "three brothers" hierarchy is uncertain, as are details on what drivetrain the car would have. A hybrid, maybe?

Given Toyota's plans to paint its lineup with a broad GR-colored brush, however, its newfound enthusiasm for enthusiast cars could mean making room for more "brothers." With only one platform planned for development (as far as we know, that is,) the question is now which of the three names listed above will make it out of the design phase. The S-FR, the MR2, or the Celica? Going by Toyota's investment in the Celica trademark, we don't need to tell you which one our money's on.