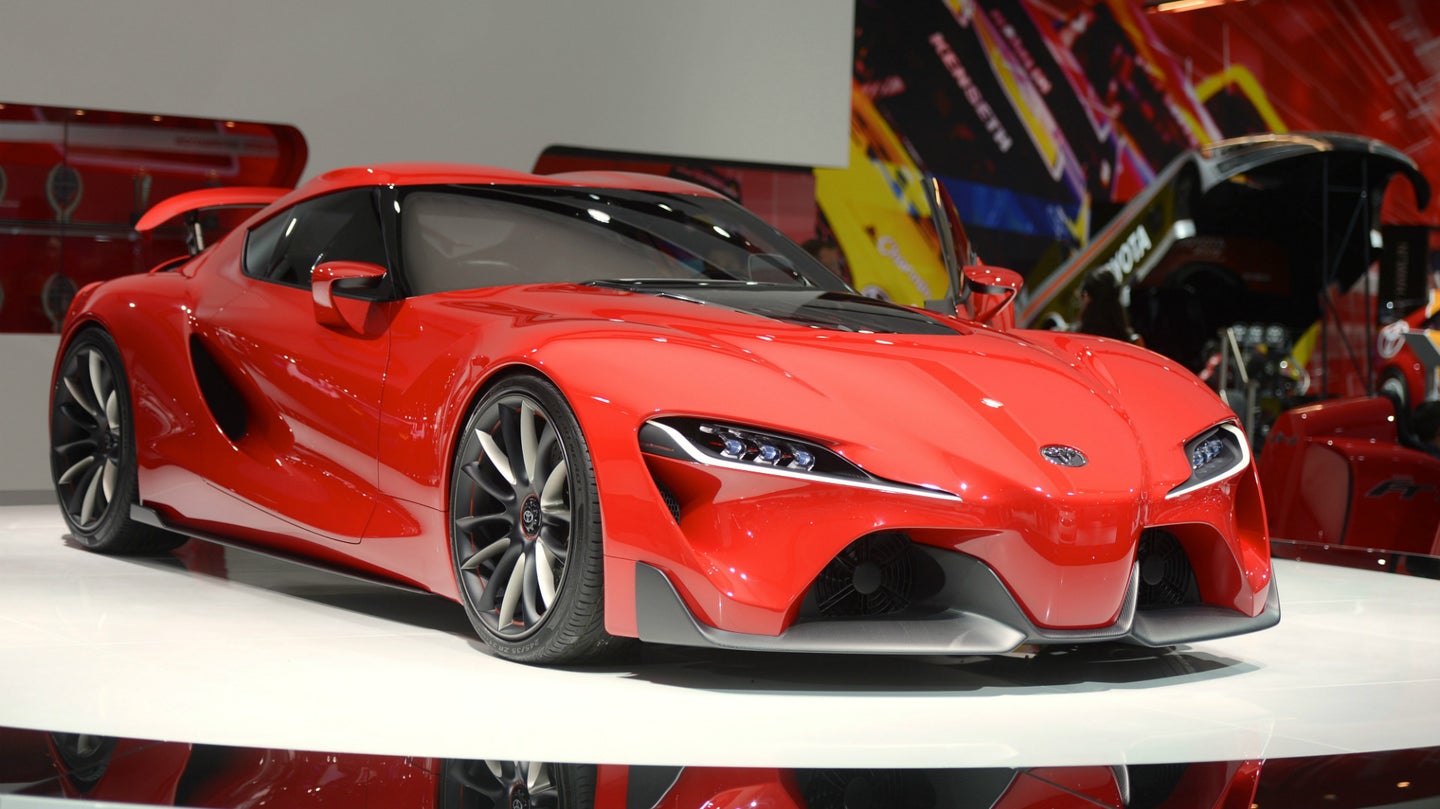 While the next Toyota Supra probably won't be going without a six-cylinder engine, not every one of them will be equipped with an engine capable of challenging everyone's favorite Toyota inline six. A leaked model code list from BMW, with whom Toyota is developing the next Supra, has accidentally revealed the planned trim levels and some engine choices for the upcoming sports coupe. The next generation of the BMW Z4 will share underpinnings with the Supra, but it isn't limited to sharing a skeleton. Autocar noted in June that pieces of BMW interior trim were present in a Supra test mule found at the Nurburgring, and as of Wednesday, we know the similarities will be beyond superficial.

The model code list first reveals the chassis code for the upcoming Z4-Supra (Zupr4?) is G29 for the BMW model, and J29 for the Toyota version. It also confirms that the new vehicle will be rear-wheel drive, and that earlier rumors of it only coming with an automatic transmission are indeed substantiated: there will be no three-pedal option if you want the Toyota badge.

Engine options, using BMW terminology, are sDrive20i, sDrive30i, and M40i. Only the latter two options will be available for the U.S. market, under both badges, and a manual transmission will only be available with the BMW. Only Europe is slated to receive the 20i-level engine. While they are both listed as being rear wheel drive, this does not disprove the earlier AWD and hybrid allegation. The above linked Autocar article claims the hybrid system will mirror that of Toyota's old LMP1 prototype, the TS030, and have electrically powered front wheels.

We've done some sleuthing on which engines could correlate with each trim level. We examined current gasoline options for the 3-Series and found a number of reasonable candidates. The sDrive20i may use the B48B20A, the current engine used by the 320i LCI, which has 184 horsepower and 200 pound-feet of torque. The sDrive30i may use the B48B20B turbo four-cylinder, with 248 HP and 260 lb-ft of torque. At the M40i trim level, the B58B30 turbo six may be used, and it has 320 HP and 330 lb-ft of torque.

While these power figures don't impress, they aren't the complete picture if there will be a hybrid power boost. Even with the added grunt of electrically-powered front wheels, 320 horsepower is a tad on the weak side, given the competition at the Supra's expected price over $50,000. Those MPG figures and 0-60 times are gonna have to be convincing to sway potential Corvette buyers over to the Supra again.