The designer says they’ll influence the wheels that eventually come in Mustangs of the future. 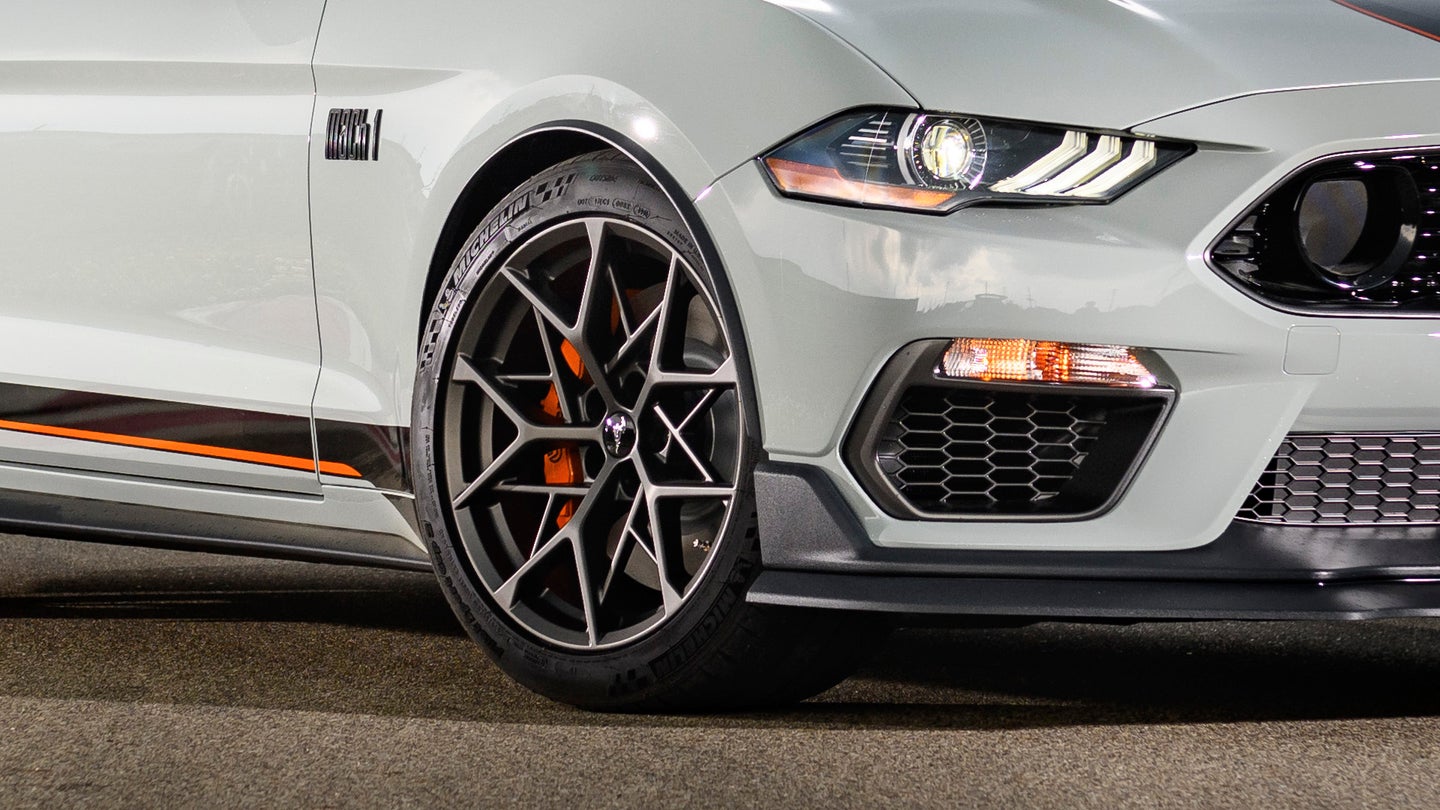 Precisely one week before the performance upgrade's order books officially open, Ford is giving a closer look at the ultra rad wheels that come with the Mustang Mach 1's Handling Package. Measuring 19 inches in diameter, these wild-looking wheels were apparently inspired by truss bridges, roll cages, and bird's nests as well as the wheels found on the company's electric Mach-E GT prototype.

Made of cast aluminum, the layered construction here is usually seen on the wheels of non-production show cars but Ford has somehow made it work on a machine meant not just for actual roads but also the track. Measuring an inch wider while weighing, on average, two pounds lighter than the regular Mach 1 wheels (front wheels are 1.77 pounds lighter; rears are 2.21 pounds less hefty), the automaker says these Handling Pack wheels are structurally sound enough to put up with hard on-track cornering. Naturally, they ride on proper track-ready tires too with Michelin Pilot Sport Cup 2s (305-section fronts, 315 in the rear) acting as the rubber that meets the road.

In addition to the snazzy shoes, the Handling Package also throws in adjustable strut top mounts, revised chassis tuning, as well as a rear spoiler with a Gurney flap and front splitter that contribute to 150 percent more downforce than a Mustang GT Performance Pack Level 1. The bundle can be had with either the Mach 1's Tremec six-speed manual lifted from the Shelby GT350 or optional 10-speed auto.

Tacking an additional $3,500 (worth it for the wheels alone, to be honest) to the Mach 1's $67,300 starting price, the 2021 Ford Mustang Mach 1 Handling Package will become available to order Jan. 4 with the actual car hitting dealerships in the spring.

Whether or not your footwork’s any good, you can spec your Mach 1 for maximum performance.