The other five Mustangs commissioned by the studio were crushed after filming concluded. 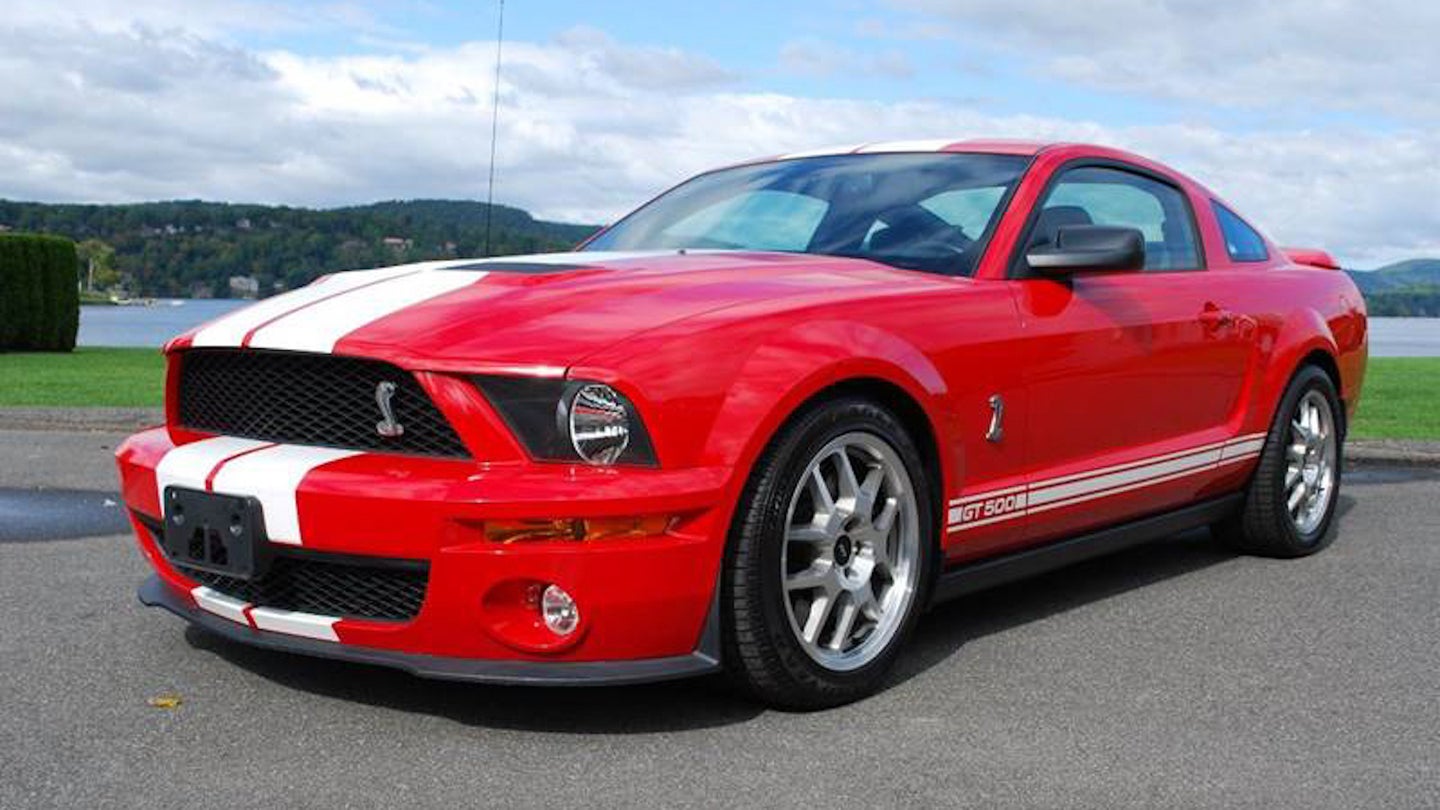 The 2007 Ford Mustang Shelby GT500 once piloted by Hollywood megastar Will Smith in the movie I Am Legend is making its second on-screen appearance, albeit this time on a much smaller screen. Advertised for sale on eBay, the ad claims the car’s showroom-like condition and Hollywood pedigree warrant a $150,000 “Buy It Now” price tag.

However, should you do a quick Google search for the "famous" movie car, which allegedly only has 6,000 miles on the clock, you'll notice that the same unit is also listed for sale on a by a Connecticut dealer for $30,000 less, or $120,000.

Despite the eBay listing’s misspelling of the movie itself and the fact that it's advertised for two wildly different prices, the car does appear to be mint. It’s said to have actually been driven by Will Smith during filming and has been stored indoors ever since. Making it even more special is the fact that this is the only GT500 left from the six that were ordered by the movie’s production company. The other five were crushed by Ford after production ended.

The movie followed Will Smith’s character, Robert Neville, as he navigated a world that had been ravaged by disease. The film was met with mixed reviews, many of which focused on questionable special effects and directing choices. Smith himself was praised for a great performance that ultimately salvaged the movie’s legacy.

We are just now seeing reviews of the all-new 2020 Ford Mustang Shelby GT500, which is admittedly a 760-horsepower monster. Way back in 2007 things were a bit different, as this GT500 came with a 5.4-liter supercharged V8, a six-speed manual transmission, a limited-slip differential, and other go-fast bits from Ford’s high-performance division. The car produced 500 horsepower and 480 pound-feet of torque, which was good enough for a zero to 60 in 4.7 seconds.

Will you be adding a piece of Hollywood memorabilia to your collection?