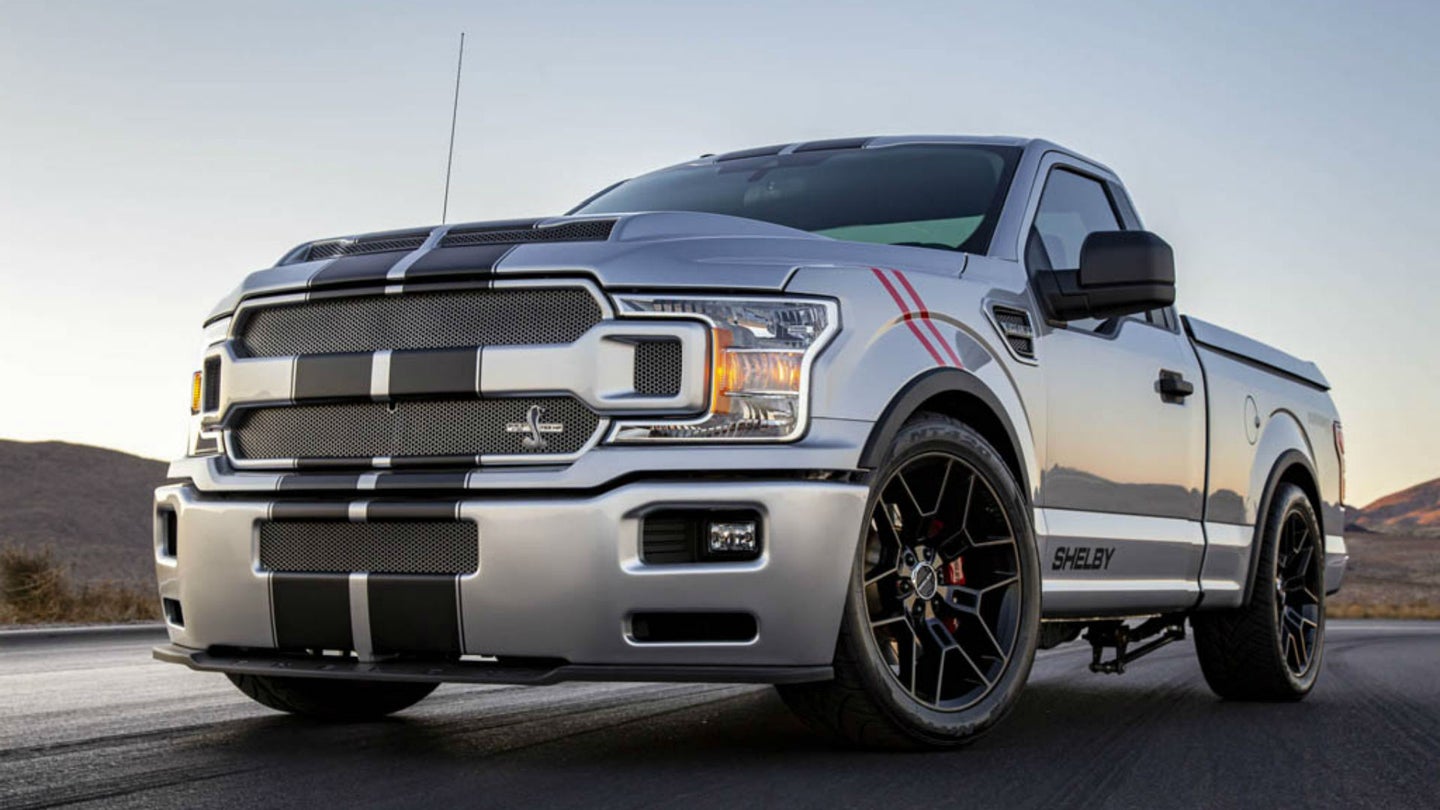 The American pickup has and hopefully always will be treasured for its versatility, from providing a worthy platform for an overlanding adventure rig to serving as a pavement-pounding speed machine. Shelby America's Super Snake Sport Ford F-150 concept falls into the latter category with its lowered suspension, big brakes, and supercharged V8, and it's far more than a workhorse truck imitating a muscle car. In fact, it takes cues from some of the performance world's most capable machines to deliver a street-ready, 755-horsepower package.

Shelby took a different approach to this F-150 than its high-riding models of yore, although it kept the monstrous power intact to create a raucous two-wheel-drive pickup that demands your attention. The blown 5.0-liter V8 is the star of the show with its Borla exhaust system, but without the Ford's sticky Nitto tires and coilover suspension, none of that output would ever meet the road.

Fundamental improvements like traction bars and six-piston front brakes do their best to make sure nothing gets out of hand, but that's ultimately up to the driver—maybe not such a good idea with high-powered machinery like this.

Style is also a key factor here as it wouldn't be a hot rod without edgy aesthetics. Super Snake-specific body components like the hood, front bumper, and splitter help differentiate the Shelby from other go-fast F-150s, such as the SVT Lightning fad that's been bouncing from dealer to dealer recently. Trademark striping and badging round out the tuning company's traditional design features and 22-inch wheels provide a flashy look for the athletic brute.

“Our goal was to build the unrivaled ‘king of the road’ F-150 and a nightmare for any other truck,” said Vince LaViolette, Shelby American vice president of operations and chief of research and development. “And it is. We found the Shelby Super Snake Sport F-150 concept astonishingly fast during our testing. This concept certainly lives up to our initial vision for the truck.”

Shelby hasn't decided whether or not it will put this concept into production but much like the GT500 Dragon Snake, we reckon the company would be happy to oblige if customers bring enough cash—say, maybe $100,000?