EarthRoamers Are What You Want When You Grow Up

Assuming your 401k is healthy. 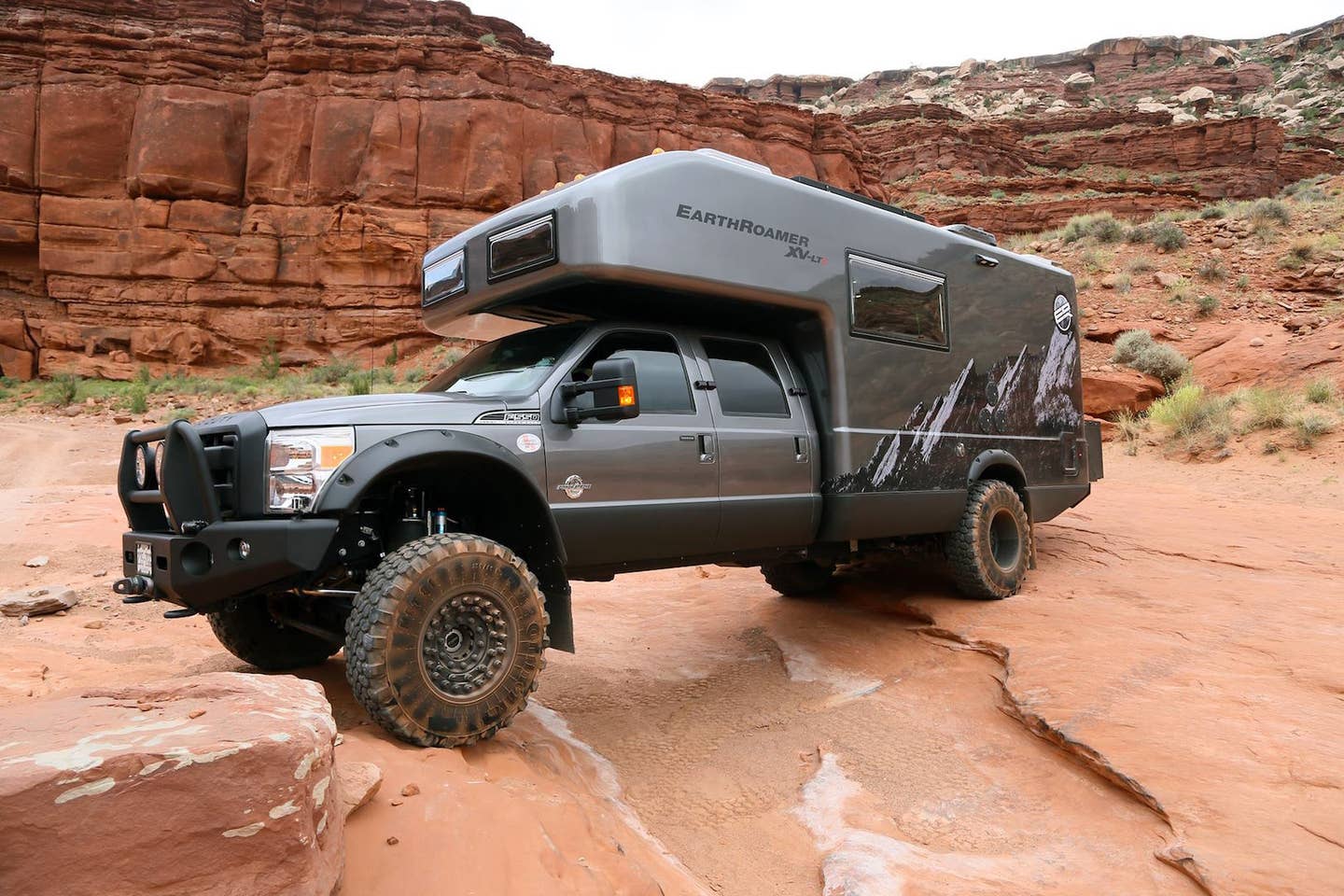 As you’re probably aware, the abbreviation, RV, is short for “recreational vehicle” but unfortunately there’s hardly ever any real recreation involved in those unwieldy behemoths. For me, the term RV evokes thoughts of being car sick on long highway travels, “camping” in glorified parking lots that just happened to be near a couple pine trees and not being able to go number two even though there’s clearly a bathroom back there. The only adventure and excitement associated with RVs is accidently backing into picnic tables.

And although there were plenty of old farts with legit retirement funds on deck, for a long time there was a serious void in the RV world. The number of people yearning to experience true adventure while retaining the comforts of home was real and thankfully, EarthRoamer stepped up over a decade ago to transform the adventure travel landscape forever.

EarthRoamer is a Colorado-based outfitter that builds the most capable, yet comfortable off-road XVs (Xpedition Vehicles) on the planet that can pretty much tackle any terrain you throw at it. The company has been around officially since 2003 but became a bit more mainstream in the last five years or so with the help of social media. It didn’t hurt that high-profile clients like singe, John Mayer started purchasing them, too. This particular post garnered over 77,000 likes and almost 5,000 comments and was actually how I first found the EarthRoamer brand.

EarthRoamer currently sells one model, the XV-LT, which is based on the Ford F550 chassis. It has the PowerStroke 6.7L turbo diesel under the hood which has plenty of power to propel such a massive machine. So what exactly do you get for a half-a-million? The walk around video below illustrates it best:

And as if the massive XV-LT wasn’t massive enough, Earthroamer has it’s bigger sibling, the 2017 XV-HD currently in production.

The XV-HD is based on the larger Ford F-750 chassis, has the same powerplant and basically bigger everything else with a price tag of right under one million dollars.