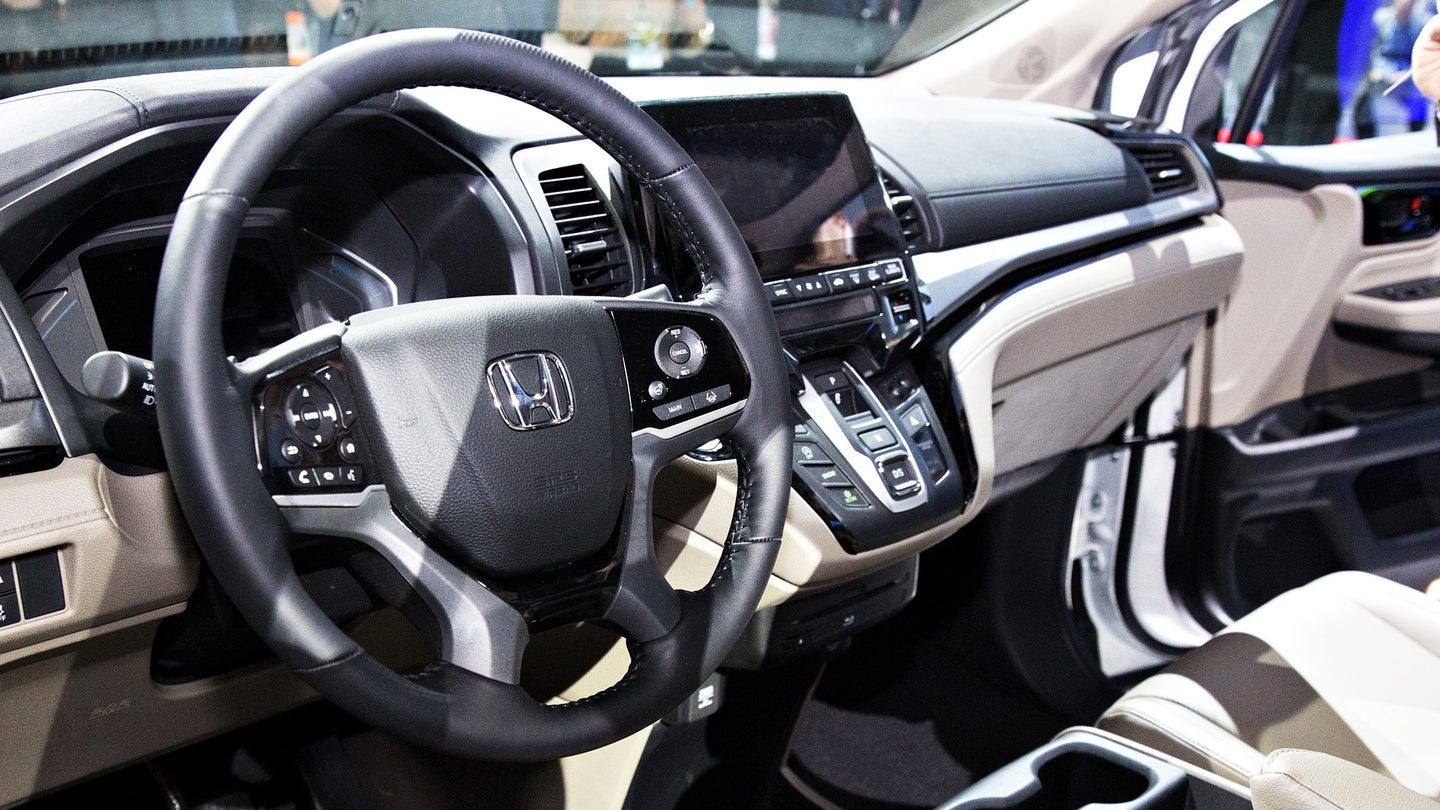 As more vehicles move to modern automatic transmissions with an increasing number of gears, mechanical linkages are disappearing in favor of shift-by-wire. FCA implemented E-Rotary on the Chrysler 200; Ford soon followed suit, while other automakers, like Genesis, are using a joystick-style gear select to mimic the shifters of old. Automotive News reported that the next generation Honda Odyssey will use yet another variation of the technology by using push-button style selectors on the dash.

Chad Harrison, chief engineer of the fifth-gen Odyssey, spoke with AN regarding the difficulties in implementing the changing technology. With every manufacturer choosing a different method, standardization is a long way off. Honda is attempting to make a system it thinks is intuitive. The new layout includes operation and buttons that could be actuated by feel alone.

We were concerned that the complexity was going to cause problems down the road, maybe not for the first or second owner, but further down the road, if the shifter fails, you're stranded.

The interesting part of changing a mechanical mechanism that has worked for over three decades is getting people to adapt to the new way of doing it. Removing cable assemblies in favor of digital controls maybe more efficient; however, re-inventing the user machine interface for the sake of technology has downfalls. People are creatures of habit, and Honda admitted that it's not a perfect process:

"I think over time we'll begin to see standardization," Joseph said. "We're not seeing it yet because I don't think anybody is convinced that they've seen the best solution yet."