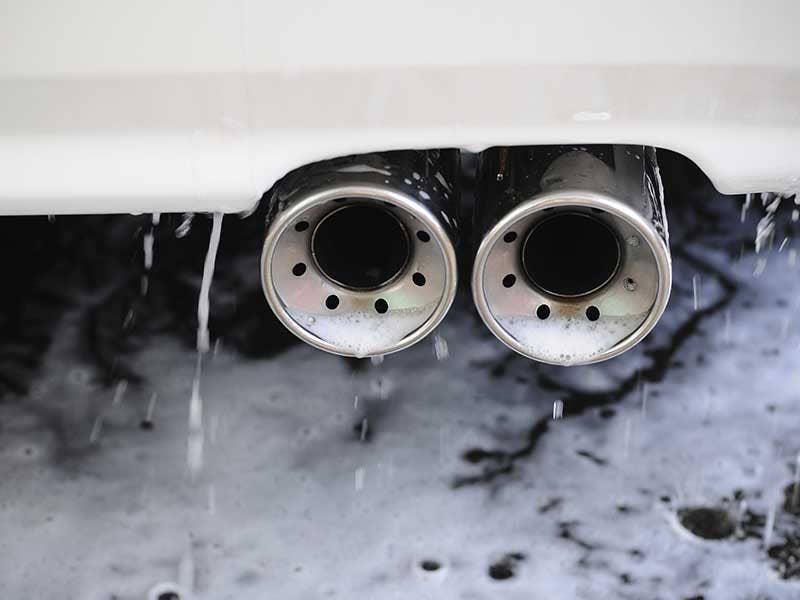 Yes, water. But is it safe to drink from the tailpipe of a fuel cell car? Car and Driver’s Don Sherman did just that after testing the Toyota Mirai last month. Olympic sprinter Iwan Thomas drank a glass produced by a Hyundai Tucson FCEV this week on live television. But while Sherman said his Toyota tap put out “just flat, flavorless water, as Mother Nature intended,” Jim MacPherson, a mechanic and the rare automotive journalist who tested a Toyota Highlander FCHV for months on end, isn’t so thirsty.

“It should be pure water, which is good and definitely not a pollutant. But I would decline,” he told The Drive. “Who, after all, knows what else might be in the fuel cell's liquid-discharge pipe? These are, after all, road-going vehicles, exposed to dirt, dust, tar and who knows what else. I'll pass, thank you.”

Jim’s takeaway: Drink from a tap, not a tailpipe.