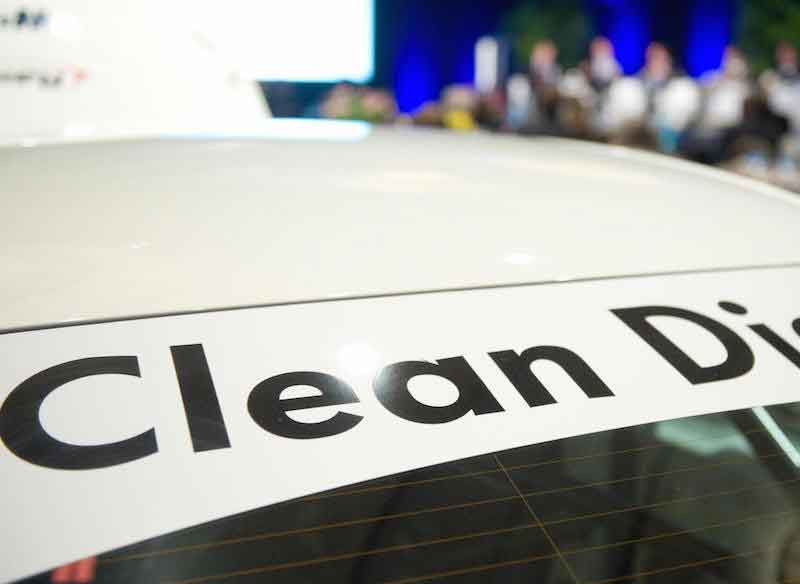 We’re just a bit churlish and despite what appears to be some insidious trickery on Volkswagen's part, we remain enamoured of its trusty four-cylinder diesel, whose farty brand of propulsion got us and one beleaguered Jetta TDI through college. Thus, we’re qualified to take some of the piss out of Volkswagen’s sparkly-clean TDI advertising copy—at least, what remains of it on their website. (The company’s YouTube channel is suddenly and curiously absent any diesel-related videos. Thank goodness for local VW dealers and their YouTube channels that didn’t get the memo.)

We’re coming off a year during which two of the world’s biggest automakers, Toyota and GM, were forced to pay a combined $2 billion for negligence and obfuscation related to safety defects in their cars; now, Volkswagen’s deliberate and premeditated attempts to cheat the EPA's testing regimen are expected to garner billions in fines. To that injury, let’s add just a dash of insult. The weapon? Copy from Volkswagen’s own website.

Despite its usage here, ‘compromise’ usually has a good connotation. Looking for synonyms, we find “agreement,” “understanding” and “cooperation.” Oh, and one more: “settlement,” as in what Volkswagen is likely to reach with the US government and its customers, after actively deceiving them for seven years. At a projected $37,500 per offending Volkswagen vehicle, of which there are a half-million, that’s one hefty, uh, compromise.

2. “Our commitment to making vehicles that are eco-conscious is part of bigger thinking.”

In one of its definitions, “ecology” means “the political movement that seeks to protect the environment, especially from pollution.” With the EPA’s accusations come to light, this apparently heartfelt statement takes on a darker tint. That is, our vehicles are aware of the campaign to protect the natural world from pollution, but can’t be bothered to commit personally. They’re hip to the idea, but won’t be making any sacrifices, thank you.

Just this year, Volkswagen deployed three fantastic, cantankerous Italian grandmothers—swaddled in 1974’s best florals—to disprove diesel “myths.” Here, one lady demonstrates the cleanliness of her Golf Sportwagen’s exhaust emissions by holding up a white scarf to the tailpipe. Had the biddies tried dangling the scarf over the rear at speed, Grandma’s chic pure-white accessory might have gone gunmetal grey.

Well, with Volkswagen having issued a stop-sale on every VW and Audi that uses the problematic four-cylinder TDI, there actually is a limit. Many limits. In fact, right now, the only place a Golf TDI can go is from the service department to the leasing department, or from the showroom to the back-lot, where it must sit and think about the insidious trickery its software has committed. The 2016 Golf TDI: great for expansive, soul-edifying road trips around the perimeter of your local Volkswagen dealership.

5. “It really shows the acceptance that diesel technology is achieving.”

These words were spoken last year by VW’s former CEO in response to the company selling over 4,000 diesel Passats in a single month in America. Yes, such a statistic is startling in a country where less than one-percent of cars sold are so-called oil-burners, but it’s an acceptance predicated on falsehood. Those 4000-plus buyers thought they were shelling out for a squeaky-clean sedan, not a nitrogen-oxide spewing machine. Now it reads hollow, like cooing over your daughter’s popularity in kindergarten even though you know that if she revealed her green, reptilian claws and fangs, the birthday party invitations would dry right up.