Looks like the ol' roots blower has found new life. 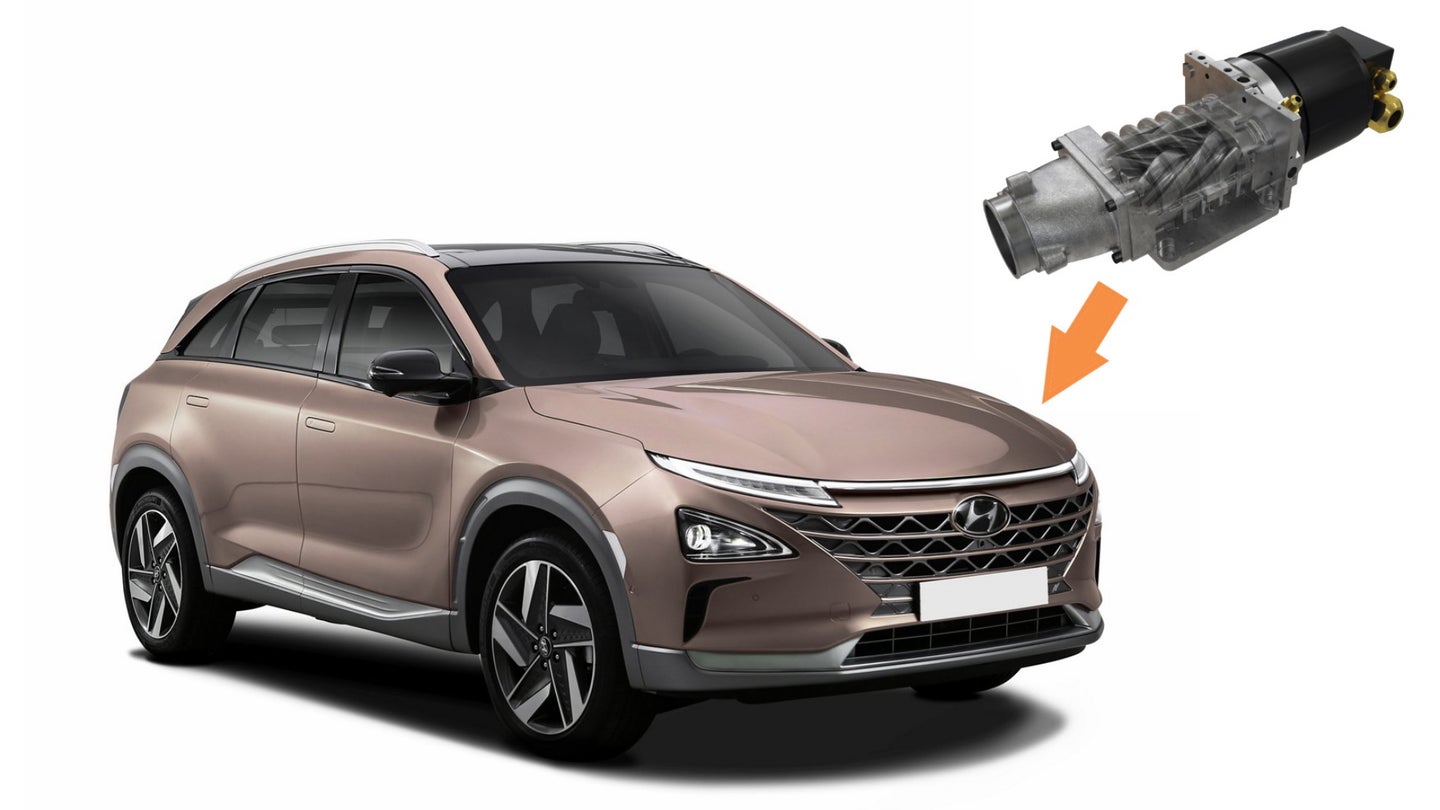 Originally used during the late 1800s to do the blasting in blast furnaces, the Roots-style air pump is older than the automobile. It's very simple, inexpensive and, most importantly, it can move a lot of air very precisely. This makes it great for automotive applications where a little extra power or efficiency is needed and, surprisingly, it looks like it has a future after combustion-powered cars are all but extinct.

Hydrogen fuel cells require oxygen as a part of their operation—you have to flow air over them to make power. Honda and Hyundai both use electrically operated centrifugal-style blowers to get the air needed; however, Eaton thinks it can do better with the classic Roots blower, albeit driven by an electric motor. Toyota already uses one on its Mirai, and while it may not exactly be supercharging as we know it, it's still Roots-blown forced induction.

The company currently offers two different sizes of electric blowers for transportation applications: a 75-kilowatt unit and a 150-kilowatt unit, the kilowatt designation describing the output of the fuel cell itself. Both of them use four-lobed rotors with a twist of 160 degrees. Instead of a snout with a pulley at the end, the "TVS" blowers modified for fuel cell application have 300- to 450-volt DC electric motors mounted straight to the housing.

Eaton says it currently supplies its fuel cell superchargers to companies making hydrogen buses, although it would like to increase its sales volume and move onto more mass-market vehicles soon. The Drive reached out to Eaton to ask what the advantages of a Roots-style air pump are for fuel cell applications versus the more popular centrifugal type, but we've yet to hear back. If we had to guess, It would likely be cost and low-speed efficiency—Eaton says its units can operate below 14,000 rpm, which is much less than a centrifugal-type air pump.

But speculation aside, it's safe to say that our sustainable transportation future at least got a little bit cooler thanks to Eaton. At least we can still have our superchargers when the only thing coming out of the tailpipe is water.