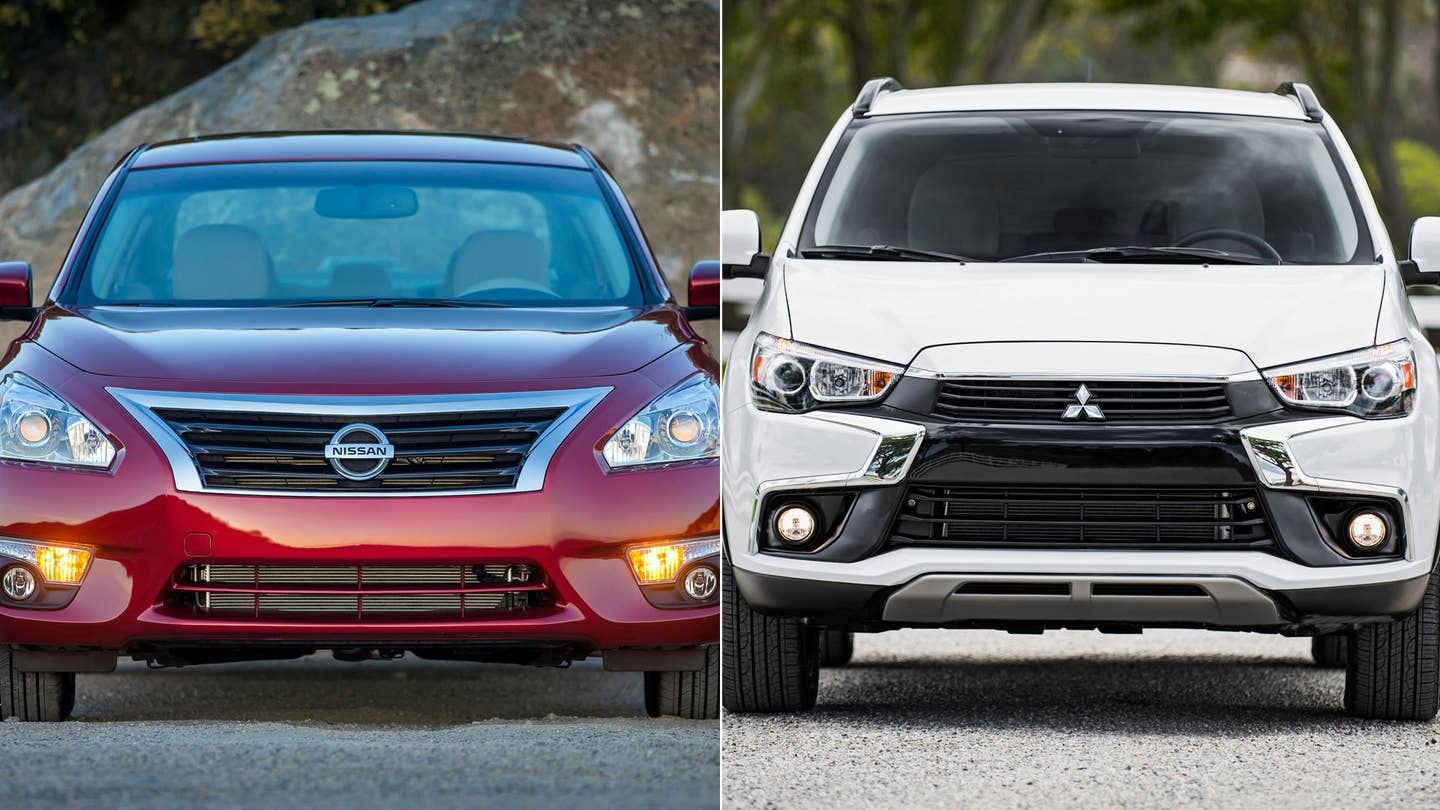 Nissan Motor Company has announced it will buy a $2.2 billion stake in beleaguered automaker Mitsubishi Motors Corporation, giving it a controlling interest in the competing Japanese car maker. The latter automaker has been suffering from the fallout of a fuel economy-manipulation scandal since late last month.

In a press release, Nissan CEO Carlos Ghosn called the arrangement, which provides Nissan with 34 percent of Mitsubishi, "a breakthrough transaction and a win-win."

The deal serves as an extension and a growth of the current strategic accord between the two companies, which have been working together on a more limited basis for the last five years.

While the two automakers will share vehicle platforms, purchasing power, and technologies, among other things, the companies said Mitsubishi will soldier on as a stand-alone brand. Nissan will not be involved in the day-to-day operations of its new subsidiary.

Ghosn said the move was made possible in part by his belief in his counterpart at Mitsubishi, Osamu Masuko, who reportedly has been keeping Ghosn up to speed on the magnitude of Mitsubishi's troubles.

“When he says this is the size of the problem, we trust him,” Ghosn said, according to The Wall Street Journal.

But Masuko says the recent scandal did not prompt the deal—it merely sped things along. “While the fuel economy problem has accelerated our talks, I believe we would have taken this path anyway,” he was quoted as saying.

Mitsubishi has been wracked by problems both acute and chronic in recent years. The revelation that the company doctored fuel economy results for its cars for more than 20 years has sent the stock price spiraling downwards over the last few weeks. (Mitsubishi shares rose dramatically after news of the purchase broke, climbing 16 percent; Nissan shares took a slight dive, falling 1.4 percent.)

But Mitsubishi has also been suffering from an identity crisis, at least here in the United States. Once known as the creator of family sedans and reasonably-priced sports cars, the company has drifted away from those niches. In 2014, Masuko told CAR that the company would be moving strongly towards electric vehicles and SUVs—which meant death for the beloved Lancer Evolution, among other things.

This is hardly the first corporate alliance Nissan has forged in the last few decades. The automaker entered into a corporate partnership with Renault back in 1999; among other benefits, the alliance has helped the two car companies become the world's largest vendor of electric vehicles, with more than 300,000 EVs shuffling out of their doors since 2010. Nissan has also been allied with Daimler since 2010, allowing the two brands to share vehicle platforms, engines, and manufacturing facilities.

The deal is not finalized yet. Nissan is still poring over Mitsubishi's books in search of any irregularities, while Mitsubishi's current shareholders still must sign off on the arrangement and Japanese anti-trust regulators still need to approve the deal. But should it go through, it will only serve to strengthen Nissan's position in the ever-consolidating global automotive industry—as well as save Mitsubishi from a junkyard fate.