Here’s How Car Companies Have Lied to You

Automakers have a long history of bending the truth about safety, emissions, mileage and more. 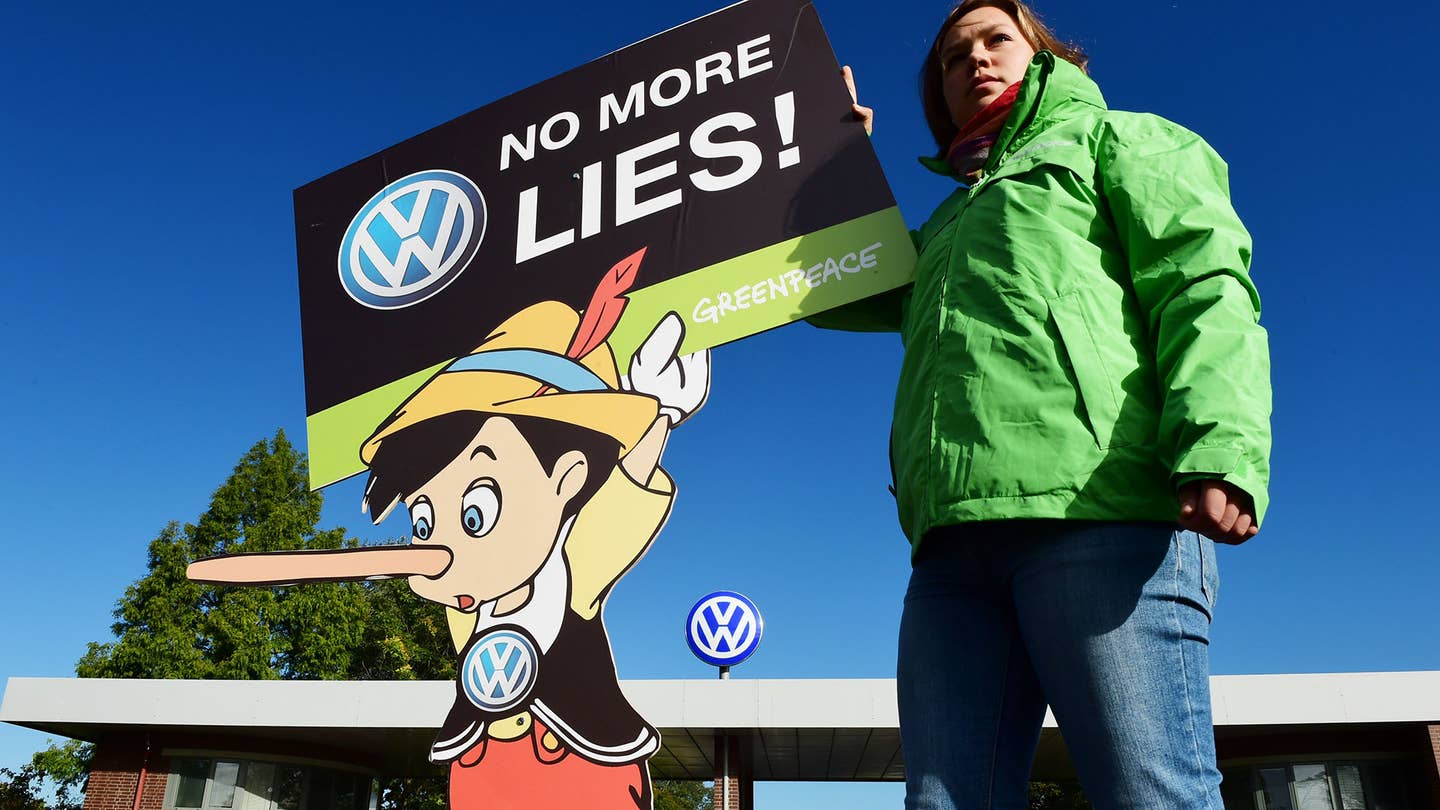 It turns out the Japan’s sixth-largest automaker has been lying about fuel economy for a quarter century. That revelation, confirmed by Mitsubishi Motors President Tetsuro Aikawa this week, is just the latest embarrassment for a company that was also caught covering up major safety problems a dozen years ago.

But Mitsubishi is by no means alone. There’s a long and still-growing list of carmakers, a virtual Who’s Who of the auto industry, embroiled in one scandal or another in recent years—lying about fuel economy numbers, covering up safety problems, perhaps most famously creating rogue software to scam emissions tests.

In many instances, the impact has been minor and quickly forgotten. In other cases, however, the results have been severe. So far, at least 120 people are known to have died as the result of an ignition switch defect that General Motors concealed for more than a decade.

“I don’t think it’s a corporate philosophy," says veteran automotive analyst Joe Phillippi, of AutoTrends Consulting. "In most cases, something just goes wrong internally.” Phillippi concedes that for more than a few companies, bending or ignoring the truth “is just the cost of doing business. But that doesn’t wash anymore.”

Watching their own reputations tarnished for failing to protect consumers, regulators have begun to crack down on such lapses. And if the government doesn’t step in, automakers have to worry about increasingly proactive plaintiffs’ attorneys who have been winning a number of class action lawsuits that can result in billion-dollar payoffs.

Even so, the number of cases where manufacturers have been caught stretching the truth seems to be on the rise. Consider the most egregious recent examples:

- Earlier this month, Mitsubishi acknowledged its engineers rigged mileage tests for a handful of microcars currently sold on the Japanese market. But on Tuesday, President Aikawa admitted the situation dates back further—at least to 1991—and could involve other markets.

- General Motors continues to battle in court claims related to a defective ignition switch that was covered up for a decade. A victims’ compensation fund created by the maker already acknowledged at least 120 deaths and hundreds more injuries.

- Japanese auto supplier Takata also hid crucial data about faulty airbag inflators linked to at least 11 deaths. The defect has triggered the largest recall in automotive history, so far affecting over 24 million vehicles sold in the U.S. That number may eventually triple;

Mitsubishi isn’t the only maker to have bent mileage numbers. Hyundai and Korean sibling Kia paid out hundreds of millions of dollars to compensate owners of vehicles whose fuel economy numbers were inflated by as much as 6 mpg. Ford also had to backpedal on some mileage ratings.

Some of these scandals were the result of sloppy engineering or poor record keeping, but corporate cultures that appeared to be intolerant of failure -- the case at Volkswagen – also played in. And, in some cases observers fear manufacturers have been openly willing to lie about little things like seating and cargo space, horsepower ratings and towing capacity.

Most automakers, contends Mike Karesh, an analyst with TrueDelta, “are cheating (on) legroom specs, something that is quite obvious. If they’ll cheat on something of so little consequence, why wouldn’t they cheat on things that are more significant and less obvious?”

In some instances, the industry itself is pushing to keep things honest. The Society of Automotive Engineers has rolled out a variety of procedures to ensure apples-to-apples comparisons for things like cargo space and towing capacity, for example.

Meanwhile, “The regulatory environment around the world is becoming more and more strict, particularly on things like greenhouse gases and fuel economy,” Ford CEO Mark Fields told reporters during a visit to China ahead of this week’s Beijing Auto Show.

Add safety to that list. The National Highway Traffic Safety Administration was embarrassed by its failure to uncover the GM ignition switch and Takata airbag scandals before a number of deaths had occurred. NHTSA Administrator Mark Rosekind has told industry leaders he is willing to dangle a carrot to encourage improved safety efforts, but he’s also gotten a bigger stick, Congress last December tripling the size of fines the agency can levy against an automaker.

And those fines can be dwarfed by jury verdicts and out-of-court settlements won by plaintiffs’ attorneys.

The financial costs can be massive, and that doesn’t factor in “the risk of sullying your reputation with consumers” who are increasingly aware of industry subterfuge, says analyst Phillippi. VW, for example, has suffered double-digit sales declines since the diesel scandal broke last autumn. “I think there’s going to be a come-to-Jesus movement for a lot of CEOs,” he says, “to go through all their processes and make sure they’re playing it straight.”

VW Cancels the Golf R 400 and the Depth of Mitsubishi’s Lies: The Evening Rush

Plus, the Ripsurf from Razor and award-winning beer from Avery Brewing Company.