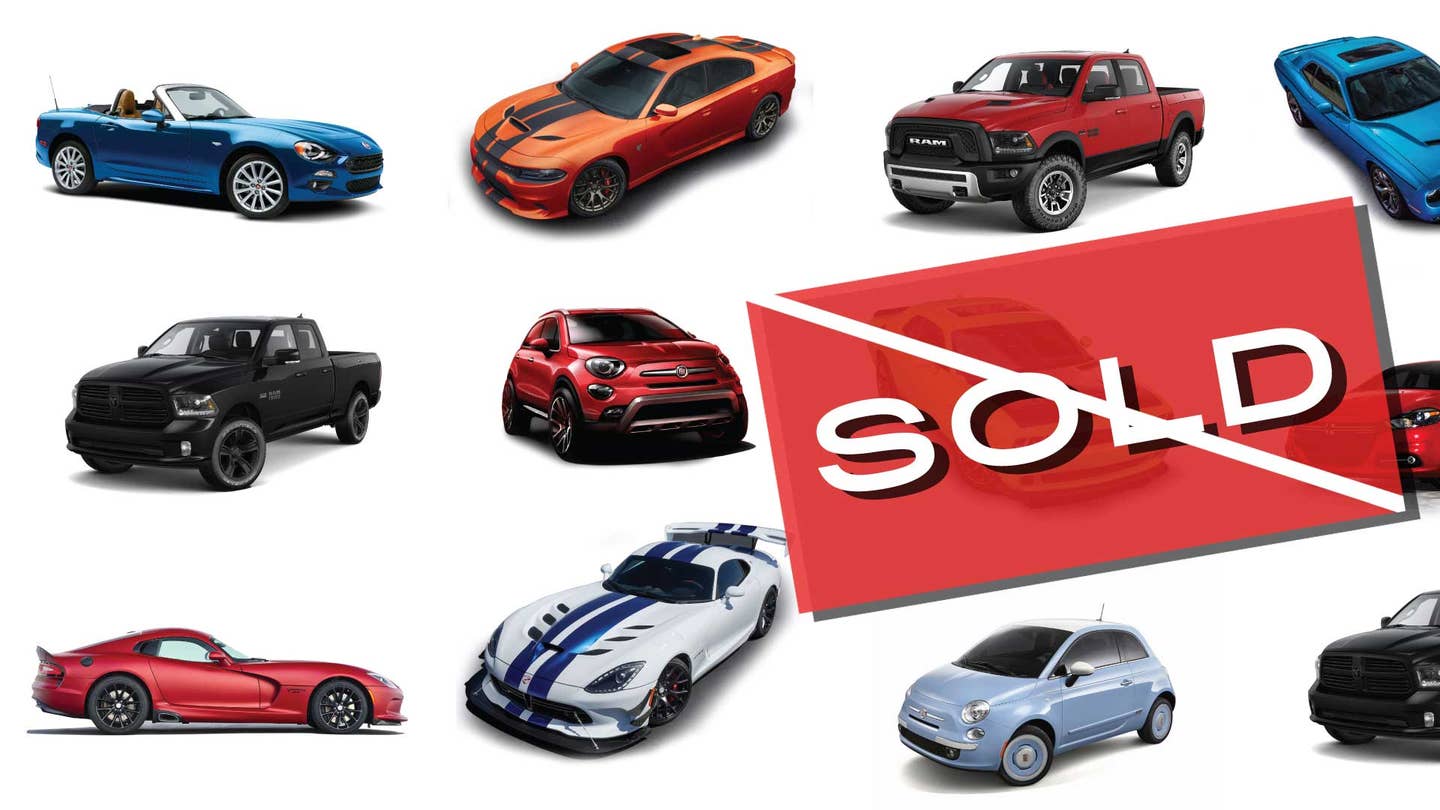 “There are three kinds of lies,” Mark Twain was fond of saying, “lies, damned lies, and statistics.” And nowhere is that more true, it seems, than when it comes to the sales numbers automakers routinely release; over the years, several manufacturers have had to admit inflating their monthly and year-end figures in a bid to outrank the competition. But the practice isn’t only about bragging rights, and that’s landed Fiat Chrysler Automobiles in hot water.

The trans-Atlantic automaker says it “will fully cooperate” with both the U.S. Securities and Exchange Commission and the Justice Department as they probe FCA’s sales reporting practices. While that might seem an esoteric issue of little interest beyond industry number-crunchers, observers suggest the potential impact is actually far reaching. Fudging sales numbers, it seems, is not a victimless crime. It can impact consumers, as well as car dealers and automotive investors.

Manufacturers have long been accused of overstating their sales numbers, and occasionally they get caught. Both Cadillac and Lincoln had to restate their figures at various times back towards the end of the last millennium, when both brands were struggling to retain the lead in the U.S. luxury market. Several high-line imports have been accused of playing fast-and-loose in more recent times, in their own efforts to rein as the high-line king-of-the-hill.

“Volume sales is like crack cocaine—completely addictive, said Max Zanan, president of Total Dealer Compliance, a consulting firm that helps retailers meet regulatory guidelines. “It’s not just Chrysler that does this. I think every other manufacturer uses the same tactic. The industry, as a whole, is guilty of this.”

The FCA investigation was put in motion earlier this year when two dealerships run by the Napleton Automotive Group—listed by Automotive News as the country’s 31st largest dealership chain—filed a civil racketeering lawsuit against the automaker.

In March, Napleton amended its lawsuit to claim that FCA’s North American operations “knowingly endorses and encourages the false reporting of motor vehicle sales by directly rewarding its district managers and business center directors with monetary and quarterly bonuses which are directly related to reported vehicle sales numbers.”

At the time, FCA responded by downplaying the charges as "nothing more than the product of two disgruntled dealers who have failed to perform their obligations under the dealer agreements they signed with FCA US.”

Apparently, there was enough to the claim to bring the feds into the picture.

But why would a manufacturer falsify sales figures? Bragging rights are one reason, but strong numbers also play well on the stock market and may also influence consumer shopping preferences, said David Cole, chairman-emeritus of the Center for Automotive Research (CAR), in Ann Arbor, Michigan.

In FCA’s case, the maker has been bragging that it's racked up 75 consecutive months of year-over-year sales growth, a statistic that can play well with analysts and investors looking for a sure bet in the auto industry.

Consumers, meanwhile, may look to see what the hot products on the market are, and if the numbers are inflated—making it look like there’s short supply—they might be willing to pay a higher price.

Unlike the profit-and-loss data contained in federal filings, industry sales numbers are subject to far less scrutiny. That means there are numerous ways to bend sales data, if not outright lie. Some insiders on the retail side of the car business spoke to us about various practices, though most asked not to be identified by name to avoid possible repercussions.

One of the most common practices has dealers move new vehicles into their service, rental, or demonstrator fleets, sometimes just keeping them parked on the showroom lot but reporting them as sold. Eventually, they do find a buyer, but that can be months later and often at a much lower price, since they are at that point legally “used” vehicles.

Ironically, “the consumer, in this case, may actually be getting a much better deal than they would have, getting a used car price for a vehicle that is essentially new,” said Tim Jackson, executive director of the Colorado Auto Dealers Association.

Indeed, some savvy shoppers have learned to wait until the very end of the month when shopping for a car, in case a manufacturer, anxious to boost sales numbers, goes stair-stepping. In this case, a carmaker will offer a dealer extra incentives to report increased sales—money that could be used to fund some good bargains. On the flip side, dealers may also resort to classic, heavy-handed sales tactics to close as many deals as possible.

Retailers who don’t deliver can lose a lot of money. They may not get those incentives, so their prices aren’t competitive with nearby dealers, or a manufacturer might not give them the cars that are in hottest demand in their local market.

There are a variety of other ways to “goose” the numbers, said one executive at a major auto retail chain. The most common is to outright lie about fleet sales. He said he has seen some automakers report sales for vehicles “that don’t even exist.”

Talk to enough insiders and just about every automotive manufacturer’s name comes up. Honda is one of the rare exceptions—but perhaps that’s not surprising. The automaker was rocked by a bribery scandal during the early 1990s, several senior managers running a pay-to-play scam that controlled which dealers got the most in-demand products. Honda has since taken pains, insiders say, to keep its sales practices on the up-and-up.

“I think what will emerge from this investigation is a pretty thorough evaluation of what goes on across the industry,” and not just at Fiat Chrysler, said CAR’s Cole. He's hardly the only one who thinks the investigation could shake up long-established industry practices.