Those great deals won't last forever. And automakers are expected to report another rough month. 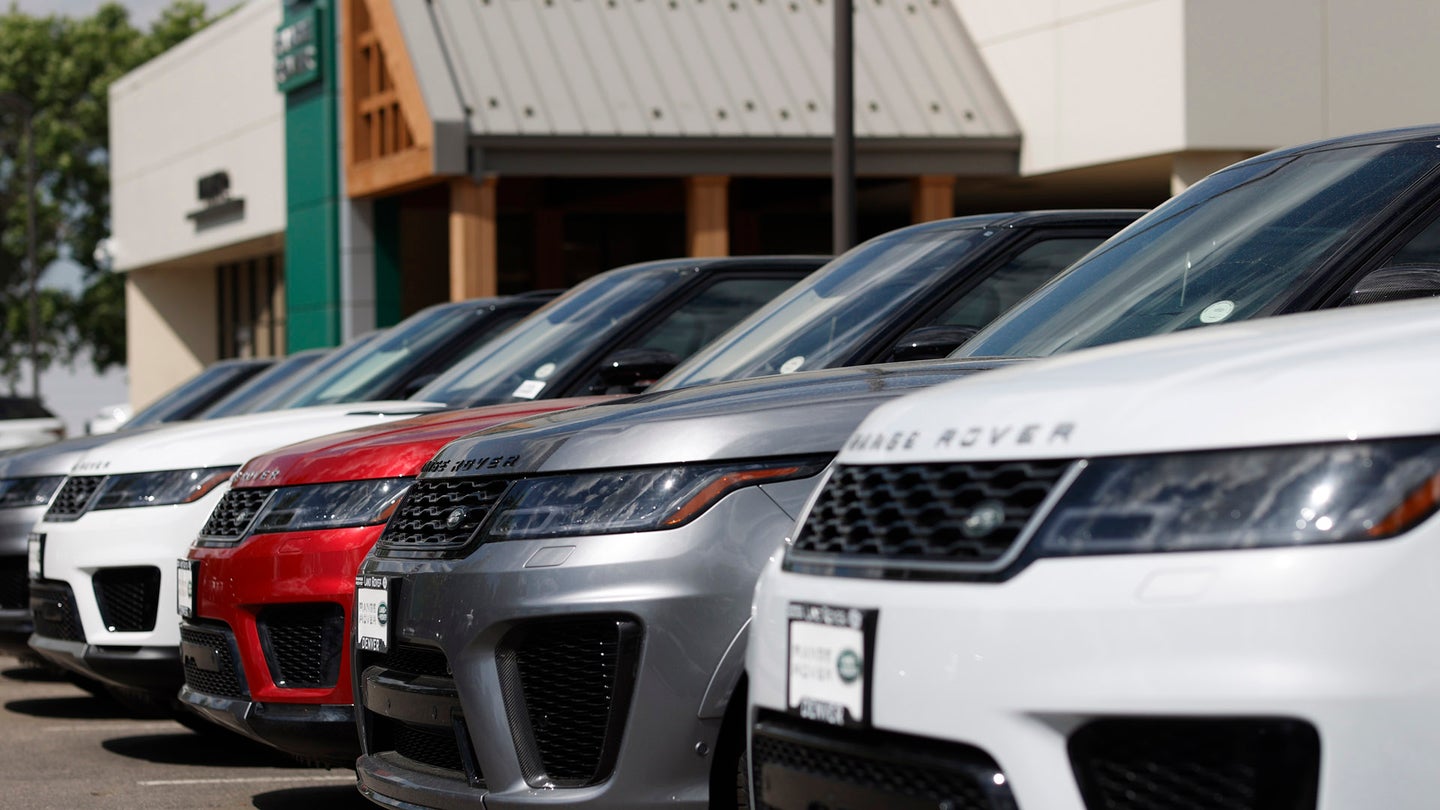 Good morning and welcome back to Speed Lines, The Drive's morning roundup of what matters in the world of cars and transportation. Today is Truck Day (my term, not anyone else's, please check with me before you use it yourself) where we'll see the unveiling of the new 2021 Ford F-150 and the Lordstown Endurance EV pickup. Catch the debuts of both here later today.

In the meantime, let's talk about COVID-19-driven cuts at General Motors, when the car market is expected to recover (not soon) and how new car sales are looking as we close out June.

June Sales Aren't At A 'Standstill', But They Certainly Aren't Great

Who do new car sales figures matter? Because generally speaking, if people aren't buying cars and they aren't buying houses, your economy is screwed, to use a technical term. Houses and cars are measurements of consumer confidence, consumer lending, insurance, taxes, and more. And while car dealers have been forced to adapt to new online-centric buying habits and automakers have been generous with deals and incentives, U.S. sales have been way, way down pretty much across the board since the outbreak began.

Not surprisingly, that trend is expected to extend into June's data, and it could mean a further drop from May's numbers. Edmunds' experts today are forecasting sales of 2,914,860 new cars and trucks in the second quarter, which sounds like a lot, but it reflects a 34 percent drop from the same period in 2019. As for monthly numbers, this June is set to be down 28.7 percent from last year, and 3.6 percent down from May. Ouch.

Now you may be asking: "What happened to all those deals and incentives?" The answer is they're starting to dry up. Automakers can't keep them up forever. And with many in-demand models, supplies are dwindling as well. Factories are just starting up again, generally not at full capacity, and some have seen interruptions related to the virus.

Here's what Edmunds executive director of insights had to say:

“The fact that retail sales — not fleet — are what kept the market propped up speaks volumes to the resilience of the American consumer. And the way that dealers were quick to pivot to online sales also underscores the incredibly responsive and resourceful nature of the industry in the face of adversity.”

But she also notes "the marketplace is growing less inviting" without incentives, so July will be hard to call, except that we can expect it to be bad again.

When Can We Expect A Recovery?

So, understanding now the importance of car sales as one indicator of economic health, when can we expect things to truly get better? Automotive News reports Volkswagen is predicting a fuller recovery sometime in 2022, which feels 500 years away, in Europe. China will swing back more quickly. As for the U.S. market, that's harder to predict, thanks in part to our current not-great handling of the outbreak.

VW expects a V-shape recovery from the effects of the coronavirus pandemic lasting into 2022. "The question is how steep is that V," Dahlheim told an online conference on Tuesday hosted by the U.K. auto association SMMT.

Dahlheim did not expand on why the U.S. recovery is difficult to forecast. Analysts have previously said momentum could be halted by a resurgence of coronavirus infections. "There is a threat of demand being impacted by another wave of the pandemic," Cox Automotive economist Jonathan Smoke told Automotive News earlier this month.

Factory shutdowns to slow the spread of COVID-19 wiped out about 2.8 million vehicles in scheduled North American light-vehicle production in the first half, according to LMC Automotive. Full-year 2020 output likely will fall by 3.4 million vehicles, or 21 percent, compared with 2019, LMC said.

You can bet automakers are happy about the China predictions, at least. But we'll see if any of that holds true.

Finally, all the factors we discussed above mean a shift at GM's Spring Hill, Tenn. plant—the birthplace of Saturn, today home to crossovers like the Cadillac XT5 and GMC Acadia—will be permanently laid off, reports The Tennessean. That includes 525 production workers and 155 temporary employees.

Though those are all decent-selling vehicles, the economic downturn is cited as the reason:

“All of the affected team members have done a phenomenal job building cars at Spring Hill Manufacturing,” [United Auto Workers Local 1853 Chairman Mike] Herron said in a message to UAW members. “You are world-class workers, and I pray that this layoff will be short in duration and that this economy will eventually rebound creating a need for the return of third shift.

Sadly, this likely will not be the last of such news.

‘Crush This Lady.’ Inside eBay’s Bizarre Campaign Against a Blog Critic (WSJ)

The U.S. Military Has a Boogaloo Problem (Vice)

Slack promised to kill email, and Slack Connect might just do it (The Verge)

Do you think you'll buy a new car in July? What do you have your eyes on?