Ali Reda sold 130 cars a month last year, more than some dealerships, but the previous record holder is disputing his claim. 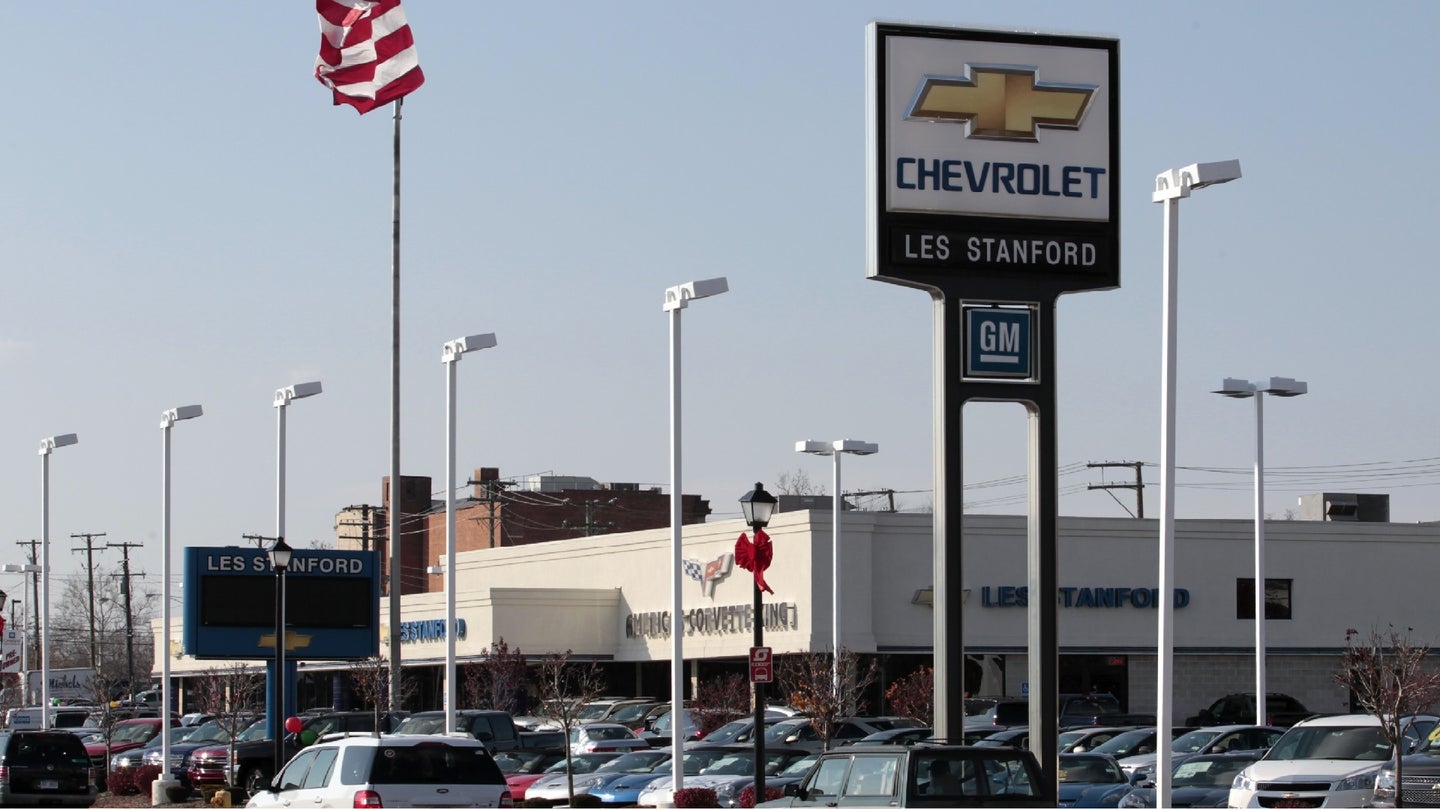 There is a new king of auto sales and his name is Ali Reda. He’s a Cadillac and Chevy salesman at Les Stanford Chevy Cadillac in Dearborn, Michigan. According to the Detroit Free Press, Reda sold 1,530 new vehicles and 52 used vehicles last year, shattering the old record of 1,425 new cars sold by a man named Joe Girard in 1973. The funny part is, rather than gracefully tipping his cap to the new king, the old record holder is being a sore loser.

After hearing the news that his 44-year record had been beat Joe Girard said, “This guy claims he beat my record of 1,425 new cars that I sold in 1973. What I did immediately, I called my attorney.” I can’t help but imagine Dick Lewiston from The Goods when thinking of the 89-year-old Girard.

The new vehicle record has been officially recognized by General Motors, which means the people at the Guinness World Records are likely to follow soon. Gary Stanford, whose father was the original founder of the dealership where Reda works said, "It's very official, trust me. Ali is the hardest worker I've ever seen. And if someone doesn't believe the data, well, they're more than welcome to consult with GM. It's all there in black and white."

The secret to Reda’s success? He takes a consultative approach to sales, helping to steer clients into the car that makes the most sense for them, rather than trying to jam the manager’s special on them. “I'm more of an adviser than a car salesman," Reda said. "That may mean not selling a car. That happens a lot. People come back and thank you. People come to me with their automobile problems and I'll solve the issue. Like, somebody comes in who owes more on a car than it's worth. Well, we need to sit down and figure out the best plan for now and how not to let that happen again in the future. Single mothers come in, they're on a fixed income, their kid's growing up and needs a car and can't afford much. I grew up pretty much with a single mother myself, so I understand what she had to give up in her life to give us opportunities and the love we had. "

The dealership offered to bring the previous record holder and his wife in for a luncheon as a public relations stunt. Girard refused the invite, continuing to fight the news in court. “My attorney is going to get a court order to go into that dealership and have him audited. That's where I'm going on Monday.”